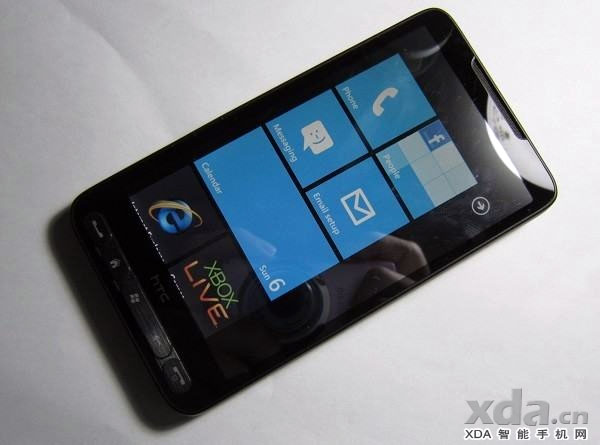 HTC HD2 owners were waiting for the Windows Phone 7  update for their device, but HTC crushed their dreams by saying that HTC HD2 will not be upgraded to the new Windows Phone 7 OS, but don’t worry because there are hackers out there who know that HD2 is capable enough to run WP7. So XDA China ported WP7 into the HTC HD2, and you can also see the image above in which the HD2 is running Wp7, and after the break, you will see a proper video of HTC HD2 running WP7.

In the video below, you will see HD2 booting up, placing calls, multi-touch gestures, Pictures hub, lock screen, Music hub, Office, Settings and much more. The WP7 build running on the HD2 is unknown, because it’s different from the final one, but still it’s amazing to see that features like Zune and XBOX Live are working fine.