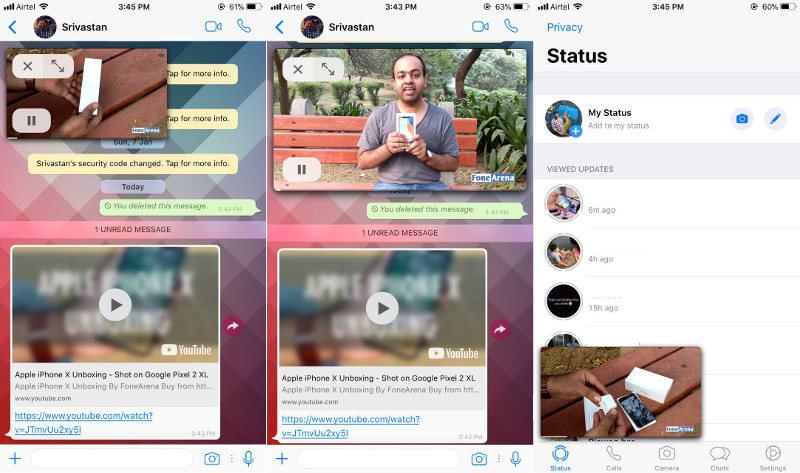 In the last few years, WhatsApp has been busy  adding several value-added features like voice calls, video calls, end-to-end encryption, and the company is even rumored UPI-based WhatsApp payment system. Before that, WhatsApp on iOS has received a new feature, which enables users to watch YouTube video inside the WhatsApp application.

This feature was in beta testing for the last few months and now it has been officially rolled out on Apple App store with version number v2.18.11. With this feature one can watch YouTube on a re-sizable floating window and also continue with the conversation. Whenever a user sends a link to a YouTube video, one can watch the video without closing the WhatsApp or going out of the application altogether.

Along with this, the new update also fixes some bugs and offers general improvements. You can download the latest version of WhatsApp from the App Store to get this feature. As of now, we have no information regarding when the feature will be available for Android or Windows Phone.