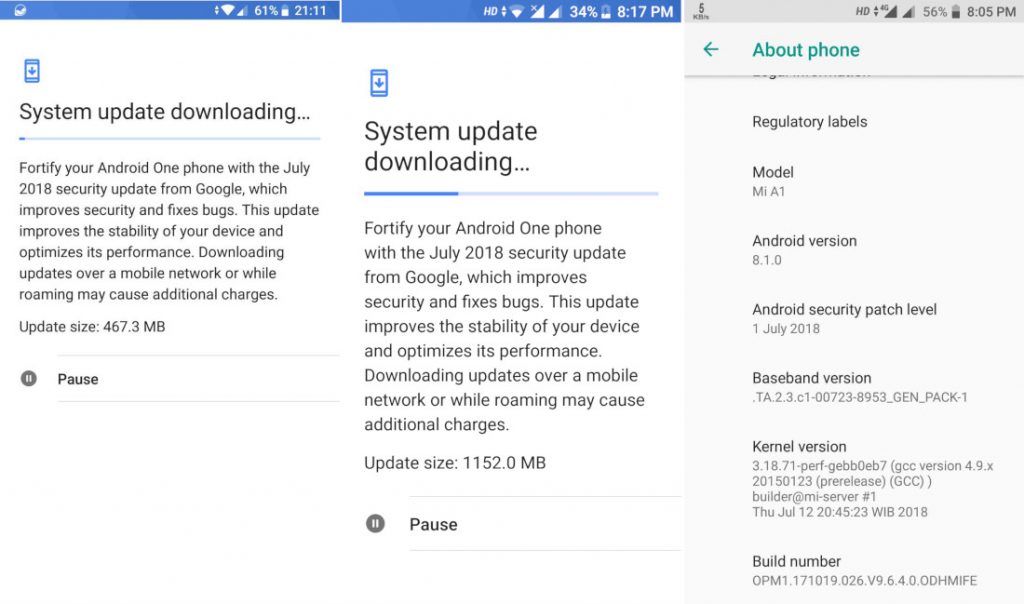 Xiaomi Mi A1 finally got stable Android 8.1 (Oreo) update for last month, but it was pulled quickly after users started complaining about the SMS bug that wipes entire SMS history after updating. After testing a beta ROM earlier this month, Xiaomi today has started rolling out a new update for the Mi A1 A1 userse to fix the issue. In addition the update also brings Android security patch for July 2018.

This month Xiaomi is quickly to push out the Android security patch for its Android One smartphone. The company is gearing to launch the second-generation Mi A series smartphone – the Mi A2 later this month, which will run Android 8.1 (Oreo) out of the box.

The update has the build number OPM1.171019.026.V9.6.4.0.ODHMIFE and is 467MB in size.  Those who have not updated the phone to Android 8.1 will get a larger 1.15GB update that includes these fixes. The changelog says that this update includes bug fixes and optimizes the performance of the smartphone.