The Honor 7A  is the latest smartphone to take on the incredibly popular and lucrative sub Rs. 10,000 segment. Pitched as a direct competitor to Xiaomi’s Redmi 5, the Honor 7A manages to deliver even more hardware at a similar price point. Interested in buying a new phone? We’ve put together a quick comparison to help you make up your mind. 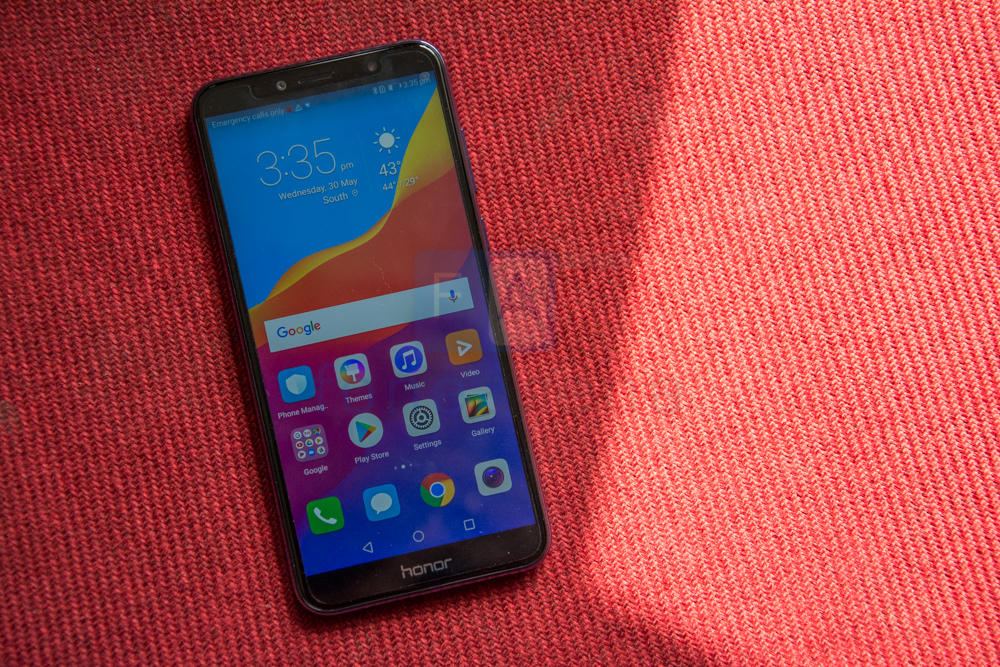 The first thing that you notice when you see a phone is, of course, the display. The Honor 7A ships with a 5.7 inch 18:9 FullView Display which is the same size as the screen on the Redmi 5. Both the screens look good but the one on the Honor 7A is a bit more saturated which makes colors really pop. While the size is more or less the same, we felt that the Honor 7A feels just a bit better in the hand. The slightly better ergonomics and the way it fits in the palm puts it just a step ahead of the Redmi 5. 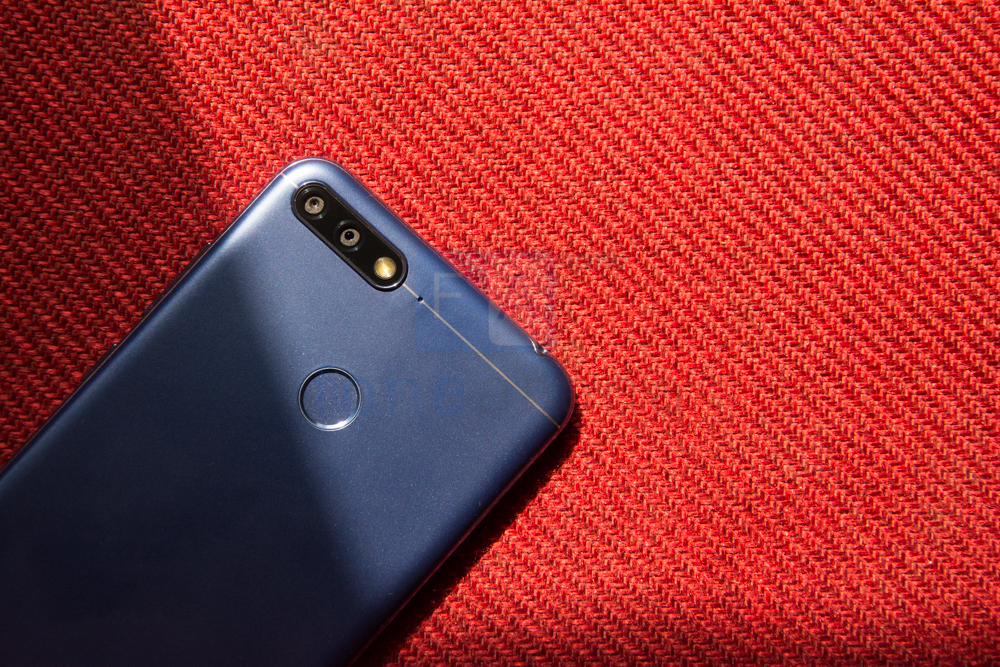 There are other big changes too with the Honor 7A. The phone employs a dual camera array at the back which pairs a 13MP camera with a 2MP secondary camera that is used to sense depth. We’ll be covering this in depth in our review but in terms of pure specs, you should be able to get pretty decent portrait shots with the Honor 7A. Meanwhile, the Redmi 5 only has a single 12MP rear camera. Similarly, for the front camera, the Honor 7A has an 8MP sensor as opposed to the 5MP camera on the Redmi 5. You can check out our review of the Redmi 5 for more on the camera.

Now dual SIM support is one of the most wanted features in India and most phones do provide that. Unfortunately, a pet peeve has been that Xiaomi’s Redmi series makes you chose between dual-SIM support and a microSD slot for expansion. You just can’t have all three. The Honor 7A, on the other hand, has dedicated dual SIM trays as well as a microSD card slot that accepts cards up to 256GB, in addition to 32GB internal storage. 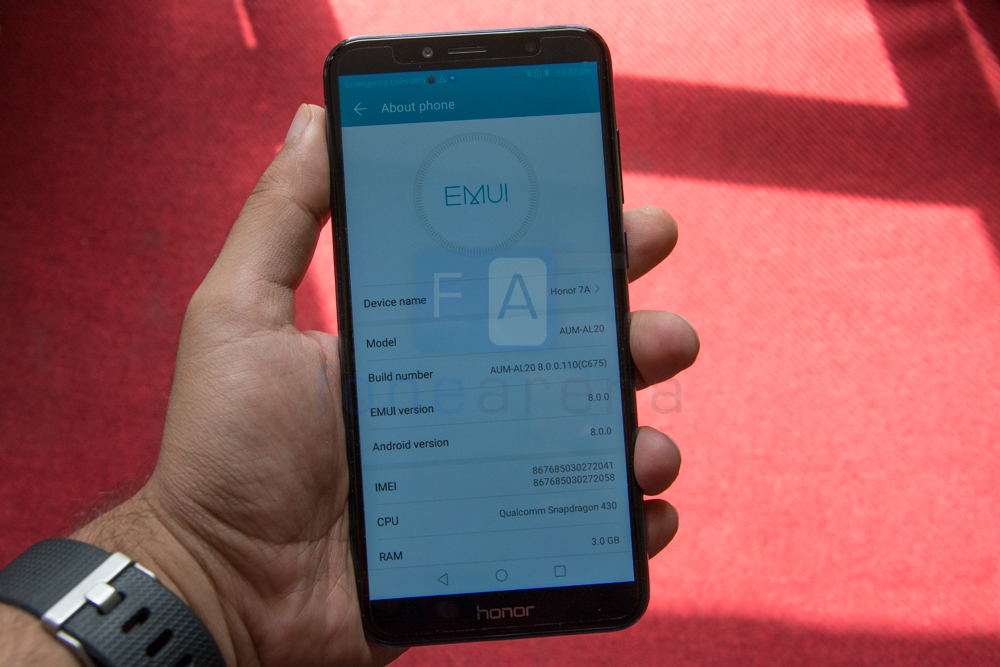 Both the Honor 7A and the Xiaomi Redmi 5 run fully skinned versions of Android that come with a whole lot of additions. The Honor 7A takes the lead here since EMUI 8.0 is based on Android 8.0 while the Redmi 5 is still stuck on Android 7.1. There are some other cool features too built into the Honor 7A including a karaoke mode that lets you monitor your audio in real time using earbuds. It also has face unlock. The phone is slated to get a karaoke mode in the near future. Now, MIUI is no slouch either but it does appear a bit conservative compared to EMUI on the Honor 7A and we wish Xiaomi would hurry up and update the phone to Android 8.0 already. 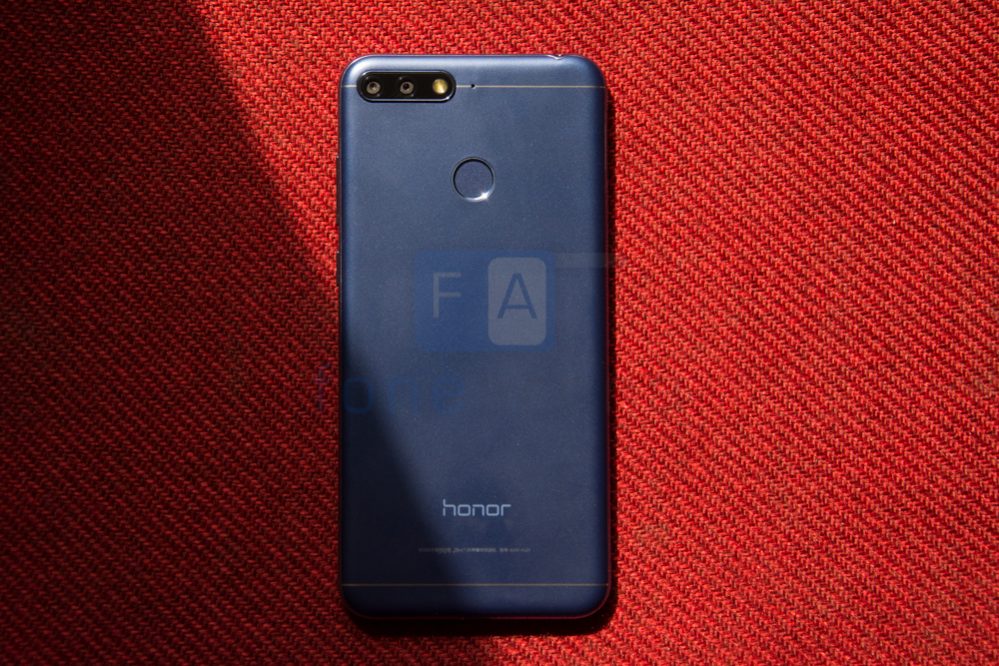 Internally, the Redmi 5 runs a Snapdragon 450 chipset while the Honor 7A is powered by a Snapdragon 430 chipset. While the Redmi does have a bit more power under the hood, we felt that real-world performance was quite evenly matched. Both the phones can be equipped with 3GB of RAM and 32GB of storage. There are some other niceties like a Smart PA amplifier and surprisingly loud speakers on the Honor 7A. Overall, if we had to make a pick, we’d lean a bit more towards the Honor 7A since it delivers a slightly more bang for your buck package but you really can’t go wrong with either. The Honor 7A and Redmi 5 are both priced at Rs. 8,999. The Honor 7A is available exclusively from Flipkart as well as Honor India Store.