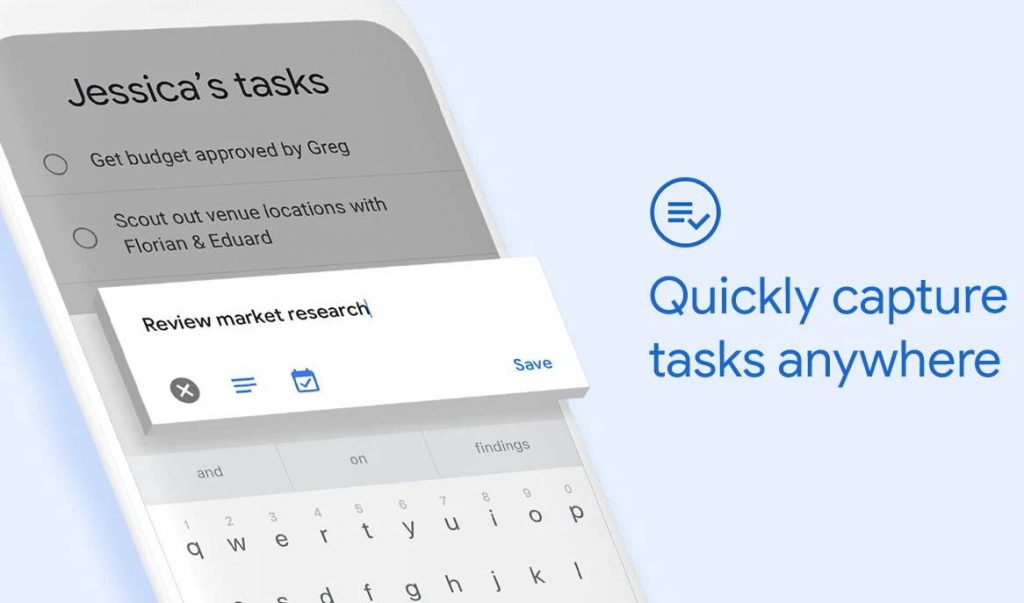 Along with revamped Gmail, Google has also released a new Tasks standalone app for Android and iOS. It is a tasks reminder app which was previously only accessible through Gmail and Google Calendar.

With Google Tasks, you can now create tasks and subtasks, as well as add due dates with notifications to help you stay on track. You can simply drag and drop an email from Gmail into Tasks to create a new task. It also lets you access tasks with due dates directly on your Calendar. The app is pretty barebones in its current form, but it’s worth giving a shot.

The app is pretty Google style with a lot of white space, Google’s Product Sans font. The design is mostly different from the regular Google Apps, which might be an indication of the so-called ‘Material Design 2‘ that Google is said to be working on for quite some time. You can download the Google Tasks for Android on Play Store and iOS from App Store.