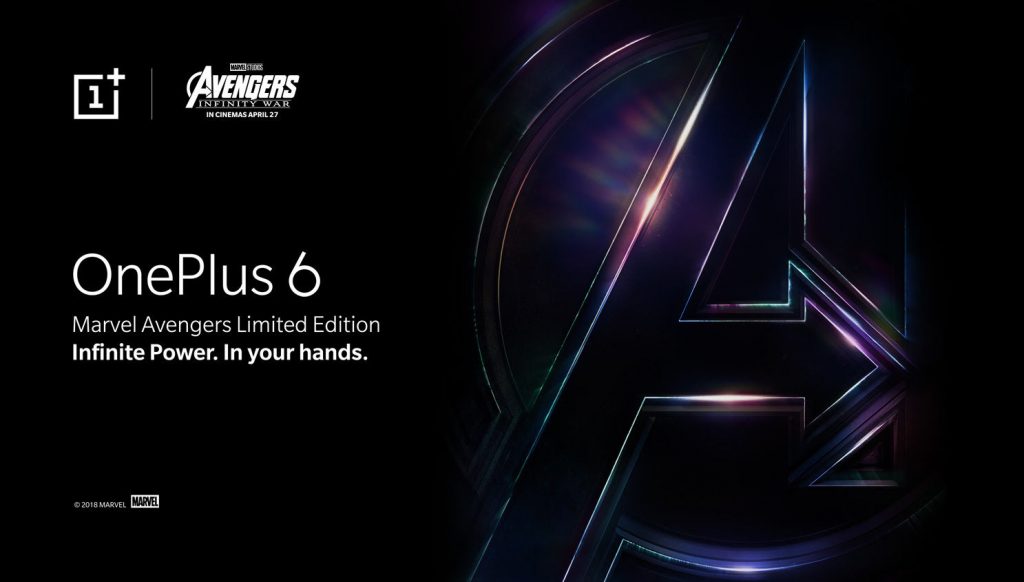 Last week OnePlus announced a partnership with Marvel Studios to celebrate its 10th anniversary with Avengers: Infinity War, which arrives in theatres on April 27, 2018. OnePlus today has confirmed that OnePlus 6 Marvel Avengers Limited Edition will launch along with the OnePlus 6 on May 17th, few months after the launch of OnePlus 5T Star Wars Edition, in partnership with Disney.

It has also released a new teaser for the OnePlus 6 Marvel Avengers Limited Edition hinting at a 19:9 display and a unique textured back. OnePlus confirmed that it will feature design elements inspired from the movie. 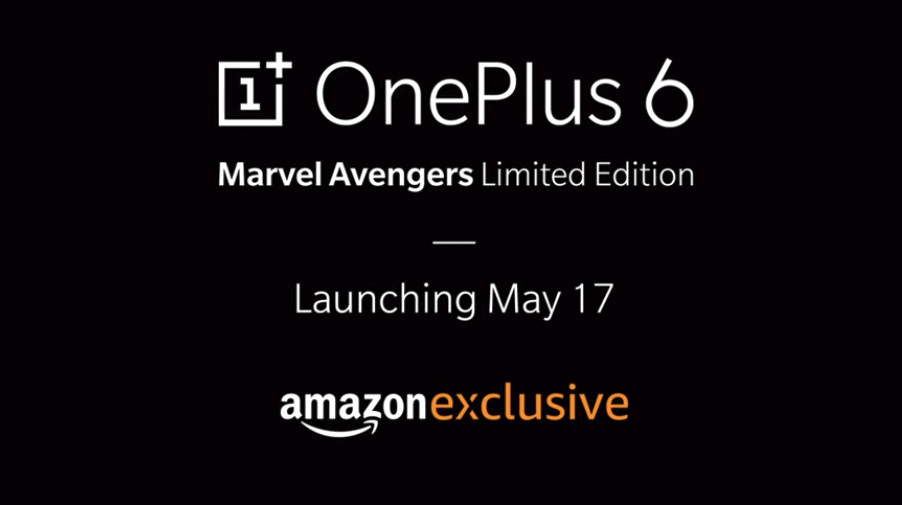 OnePlus is also giving away over 6000 complimentary movie tickets for Avengers: Infinity War on 27th, 28th and 29th April in select theatres across 10 cities in India.  Tickets will go live at 10:00 am today and OnePlus community members in Mumbai, New Delhi, Bangalore, Chennai, Kolkata, Chandigarh, Hyderabad, Kochi, Pune and Ahmedabad, can avail the tickets on oneplus.in.

The OnePlus 6 is launching in India on May 17, and Amazon.in Prime members will be able purchase to the OnePlus 6 in an exclusive sale beginning at 12:00 IST on 21st May 2018. Tickets to attend the event will be available via oneplus.in at Rs. 999 from 10:00 IST  on Tuesday, 8th May 2018. All fans who attend the launch event will get a gift hamper with OnePlus Tote Bag, Marvel Avengers Cap, Marvel Avengers T-shirt, OnePlus Notebook, Cash Cannon and OnePlus Voucher worth Rs.999.