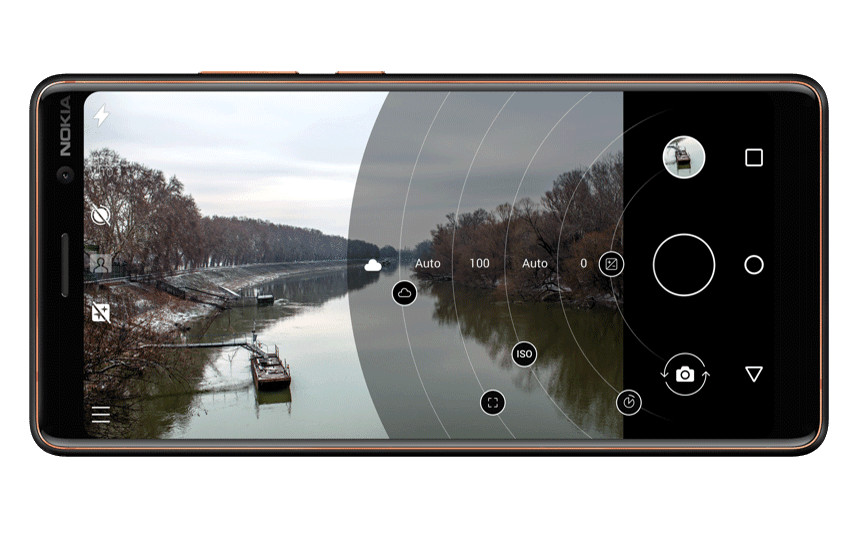 The return of the Lumia Pro Camera mode in the Nokia Camera app took center stage next to the Android One support announcement at the MWC 2018. This Pro camera mode is currently available in the Nokia 7 Plus and the Nokia 8 Sirocco out of the box, but it is unclear at the moment if this would be rolled out to other Nokia branded phones or not.

However, HMD Global’s Chief Product Officer, Juho Sarvikas, said that the Nokia Camera’s Pro Camera mode would roll out to all devices with ZEISS optics. Now we have some sorts of official confirmation that HMD Global might release this feature for other Nokia phones as the APK of the latest camera app from a leaked Nokia 7 OTA update has been released online.

XDA Senior Member Hikari_Calyx, has pulled the leaked OTA which is an unreleased build for the Chinese variant of the Nokia 7 which also includes Pro camera mode with version 8.0260.50. The app is working perfectly on the Nokia 7 since it does have the Zeiss optics. The XDA member has also released the APK for other Nokia 7 users.

Technically, the app should work on any Nokia-branded device with Zeiss optics as HMD Global claimed it, but for now, it is now being tested on the Nokia 7, but should also work on Nokia 8. You can download the APK from here and try if it works on your phone.