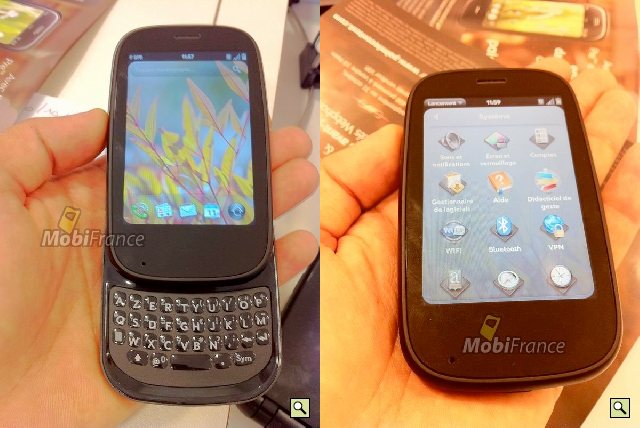 We know that HP is planning to launch some new WebOS 2.0 powered phones, and it’s rumored that they will launch it during the CES 2011. Folks over at MobiFrance got their hands on the first shots of the Palm Pre 2, which is obviously a successor to Palm Pre and Pre Plus. As you can see the image above, the form factor is same but the design is a little different. The screen is flat this time, which is giving a good look to the phone and making it different from Palm Pre. It’s confirmed that the device is running WebOS 2.0, 1 GHz processor, and 512 MB RAM. Palm Pre 2 comes with the same 320×480 resolution we saw on Palm Pre and Pre Plus. I hope HP is also working on another WebOS powered phone, which could be a successor to Palm Pixi. We also heard that HP is working on a WebOS tablet which is known as the PalmPad, and may be we will see a bunch of devices from HP this CES. Check out MobiFrance for more photos !