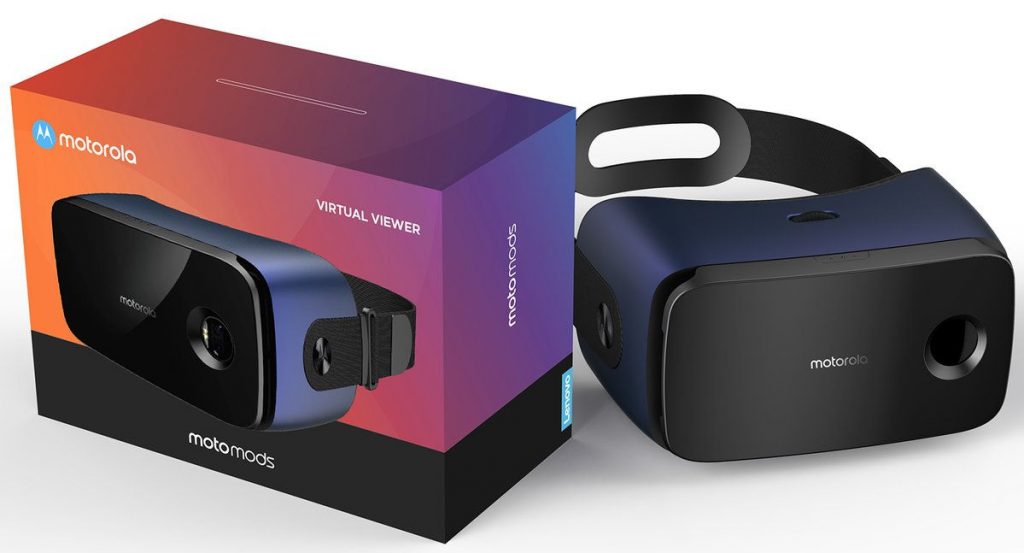 Motorola is apparently stepping into the VR space as the company is working on its Virtual Viewer moto mod. Thanks to popular leakster Evan Blass, we now have our first look at the Mod. Motorola’s Mod range currently includes a Projector, Polaroid printer, Battery Packs, Gamepads, and more.

However, not much is known about the VR except for the design and box that it comes in with. From the design angle, you will have to connect your Moto Z phone inside of the handset for VR experience. We also don’t have the details about its working. The Motorola VR headset closely resembles Google’s Daydream View headset.

Unlike the Daydream headset which can be used with any compatible phone, Moto’s Virtual Viewer is strictly limited to Moto Z series phones. Since there is no cutout for the rear camera in the VR headset, it is possible that Motorola might add augmented reality feature on top of the regular VR content. Since this is an early leak, we don’t have the pricing or launch date.