HTC has just posted some official promo Videos of the just announced Windows Phone  7 Devices including the HTC HD7 , 7 Trophy and 7 Mozart . The Trophy and Mozart have mostly similar specs.One main difference we spotted is a 8 MP Camera on the Mozart. The HD7 seems like a reloaded HD2 with Windows 7 power. 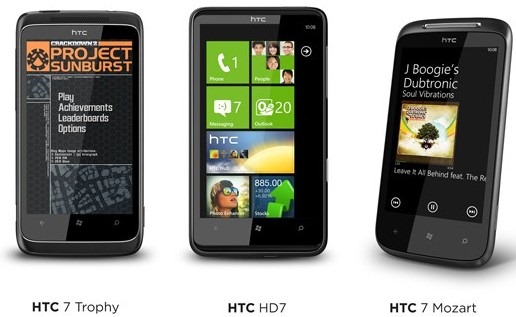