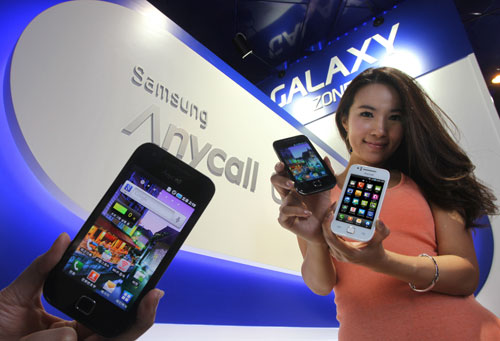 South Korea is home to Samsung, and Samsung is bringing a new device to S.Korea. Samsung has launched a new device in S.Korea which is known as the Samsung Galaxy K. As you can see the image above, the phone is identical to Samsung Galaxy S, and the only difference between Galaxy S and Galaxy K is that the Galaxy K comes with Android 2.2 and a 3.7 inch AMOLED touchscreen, which means you can enjoy the Flash 10.1 on it. The phone comes with 1GHz Hummingbird processor, 8 GB internal memory, WiFi, and Bluetooth. Samsung Galaxy K is going for 800,000 Won ($716) on South Korea KT. I don’t know what is the point of this device, because in few months Samsung Galaxy S will be upgraded to Android 2.2. What do you people think?