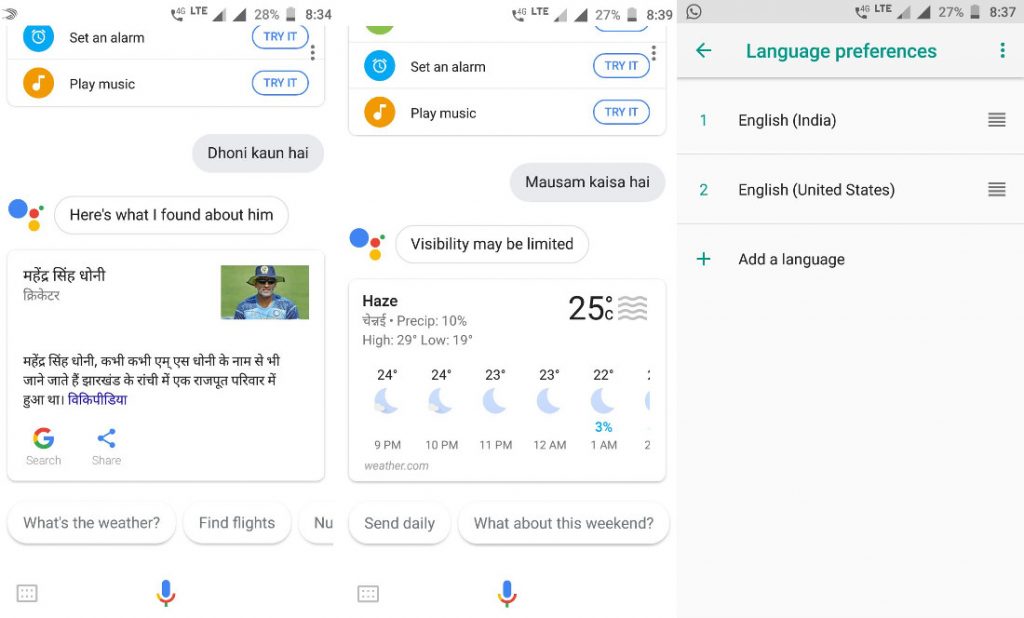 Update: Google India today clarified that Hindi support for the Assistant has not been launched and Hindi support is only available in the Google Assistant as part of Allo. Check out the official statement below.

How to enable Hindi language support in Assistant

The question you ask are transcribed to English, and the reply you get is also in English, but final answer you get are read out in Hindi. Till now, Google understood Hindi, but the answer you get was in English or Hinglish. It doesn’t work if you change the primary language to some other language. It currently works only for voice commands, and not for text input.

We tried it on Android Nougat and Oreo devices, and it worked without any issues, but it should also work on older devices since Assistant now works on Android 5.0 smartphones or later, but it might not work on tablets.