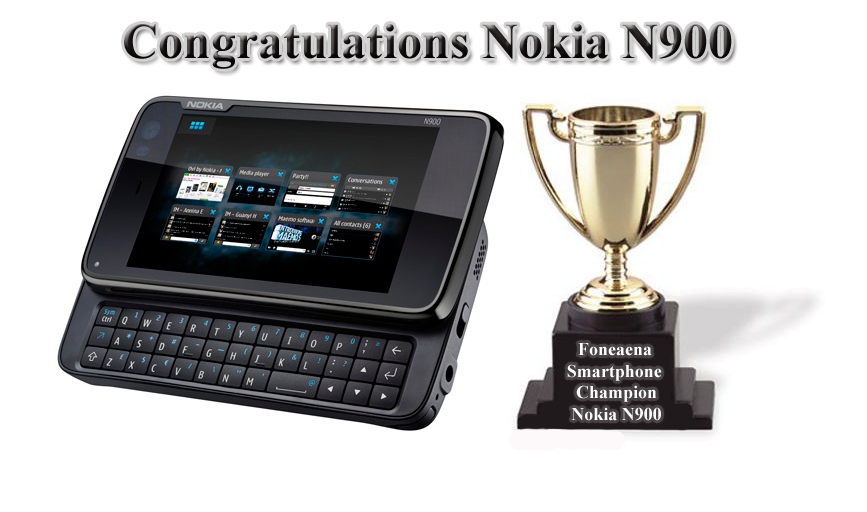 A few months ago, we started a competition on FoneArena, which is known as the FoneArena Smartphone Championship. There were total 16 contestants, and today we have the winner, and before announcing, FoneArena want to say thanks to everyone for voting, and keeping this tournament alive, all the credit goes to the readers who voted and supported their favorite phones like a true fanboys. Now the champion, the winner of the Smartphone Championship is the Nokia N900. Nokia N900 got some great support from its fans from the first day, and in the final, Nokia N900 beats Samsung Galaxy S by a very great margin. Nokia N900 got 5,985 votes, and the Galaxy S got 2,734 votes, and the total is 8,719 votes. We want to say thanks again to everyone for voting.

So N900 users, enjoy your victory, and Samsung Galaxy S users, losing is the part of the game, so don’t think that your Galaxy S is a loser (I know you don’t), because the Galaxy S made to the final, and also a winner. We will come back soon with another great tournament. Thanks again and please share your thoughts !