Last week OnePlus rolled out the OxygenOS 5.0 Android 8.0 Oreo stable update for the OnePlus 5 smartphone, and as promised the company has rolled out Face Unlock feature with the latest Open Beta 3 update for the smartphone, soon after the second beta that rolled out a couple of weeks back. The update also adds shortcuts on launcher and several optimizations and fixes for the phone. Check out the complete changelog below. 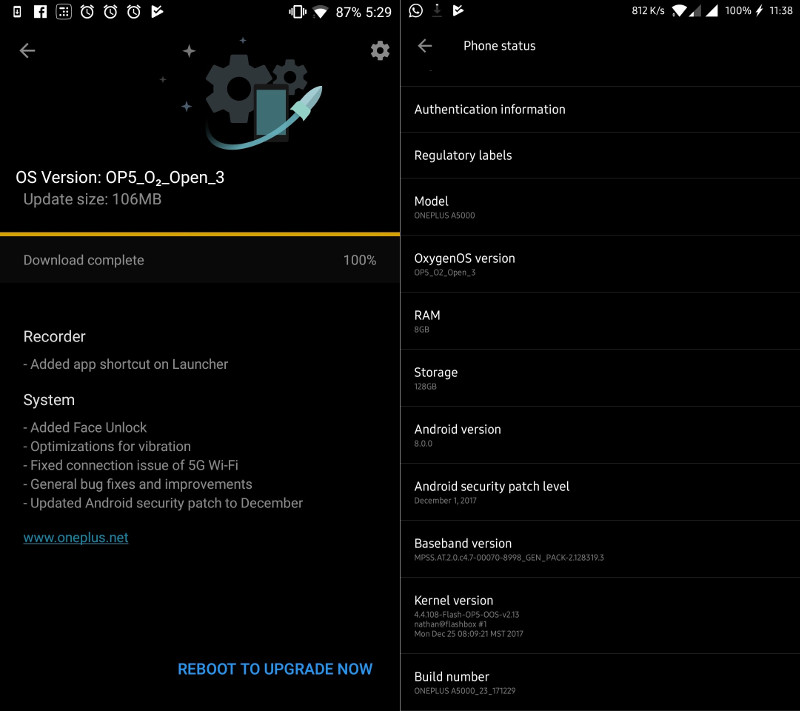 OnePlus co-founder Carl Pei recently teased Face Unlock feature for  OnePlus 3 and 3T, so they might get it in beta update soon.

The OnePlus 5 Open Beta 3 update is 106MB in size and also includes Android security update for December 2017.  If you’ve already flashed a previous Open Beta build, you will receive this update via OTA. If you haven’t, you will need to flash this manually by downloading it from downloads.oneplus.net.