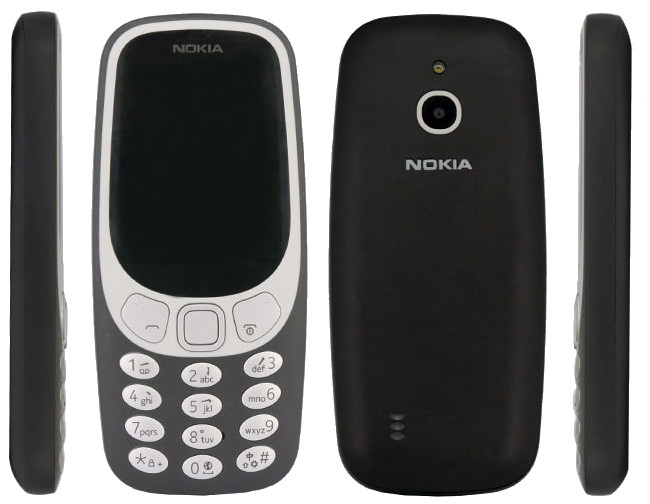 [Update: Specifications of the smartphone has been detailed on TENAA that reveals a 1.5GHz dual-core processor,256MB RAM and 512MB storage compared to 360Mhz single-core processor and 64MB of storage in the standard version.]

Earlier: HMD Global introduced the 3310 feature phone with 2G support at the MWC 2017 earlier this year, and it unveiled the Nokia 3310 3G with a new design in September. Now the 4G version of the phone with the model number  TA-1077 has been certified by TENAA in China. The Nokia 3310 4G is rumored to run YunOS, which is a customized version of Android.

The Nokia 3310 2G runs on Nokia Series 30+ OS and the 3G version came with Java-powered Feature OS, now with the YunOS, the LTE version should have more features and the phone could feature powerful processor and more internal storage.

Other specifications are said to be similar, including a 2.4 inch QGVA color display, 2-megapixel rear camera with LED flash light, Bluetooth, FM Radio, microSD expansion slot and Dual SIM support depending on the region. It is not clear if the company has increased the battery capacity in the 4G version compared to 1200mAh battery in the 2G and 3G models. The phone could go official at the MWC 2018 along with the Nokia 6 (2018).