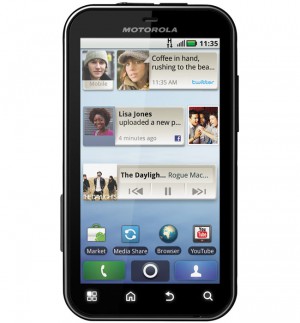 If you are the kind of person who love dropping his/her phone in water, concrete floor, mud, or anything dirty. Then Motorola has made a phone for you, which is known as the Motorola Defy. Motorola recently launched the Motorola Defy, which is a rugged Android powered device. Motorola Defy is a good phone, and folks over at eXpansys tested the Motorola Defy by dropping it on floor and immersing it in water. And guess what happens then, no I am not going to tell you. Watch the video after the break if you want to know:

The Motorola is coming to T-Mobile USA soon, and it will be known as Motorola Jordan. The device is also going to Vodafone UK, so you will be able to see the device on both carriers soon.