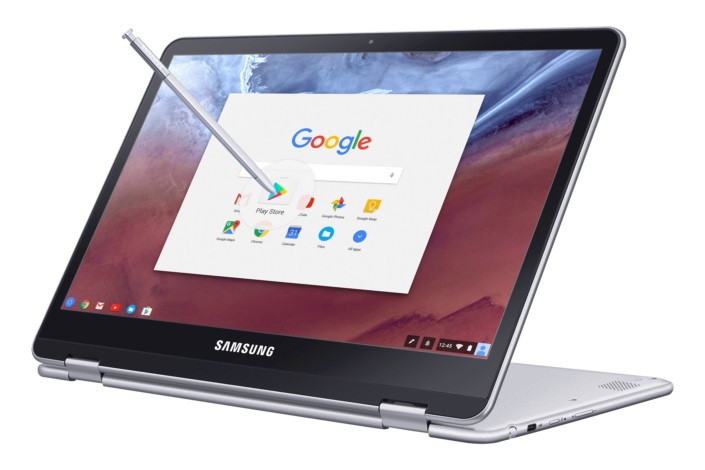 Google’s Pixel Book that was launched at the Pixel event is more or less a revival to the 2-in-1 Chromebook with a detachable keyboard. Based on several recent changes to the Chromium Repository, now Samsung is said to be working on a new detachable Chromebook that will work like a tablet as well as a typical laptop with a keyboard.

The folks at Chrome Unboxed; who are famous for finding new features and devices that are hidden within the Chromium Repository early in the October have noticed changes to the code that point at a new Chromebook with the codename “Nautilus.” What made this Chromebook special is the following text,

This function is called whenever there is a change in the base detect * status. Actions taken include:

* 3. Indicate tablet mode to host. Current assumption is that if base is

* disconnected then the system is in tablet mode, else if the base is

* connected, then the system is not in tablet mode.

Though back when the text was spotted, there were no details about the manufacturer except for the small BIOS firmware vendor called AMI (American Megatrends). However, today we were able to identify the manufacturer as Samsung as new commits were made to the repository by an individual named Jongpil Jung. He happens to have Samsung email address linked to the respiratory and also said to be a part of the Samsung Chromebook development process.

At this moment there isn’t any clear information about the Samsung Nautilus Chromebook. Except for the fact that it’ll be a 2-in-1 device and powered by a Kaby Lake Intel processor. Going by the mentions in respiratory, it is safe to assume that the Samsung Chromebook won’t be due until 2018 and it is still in the early stages of development.