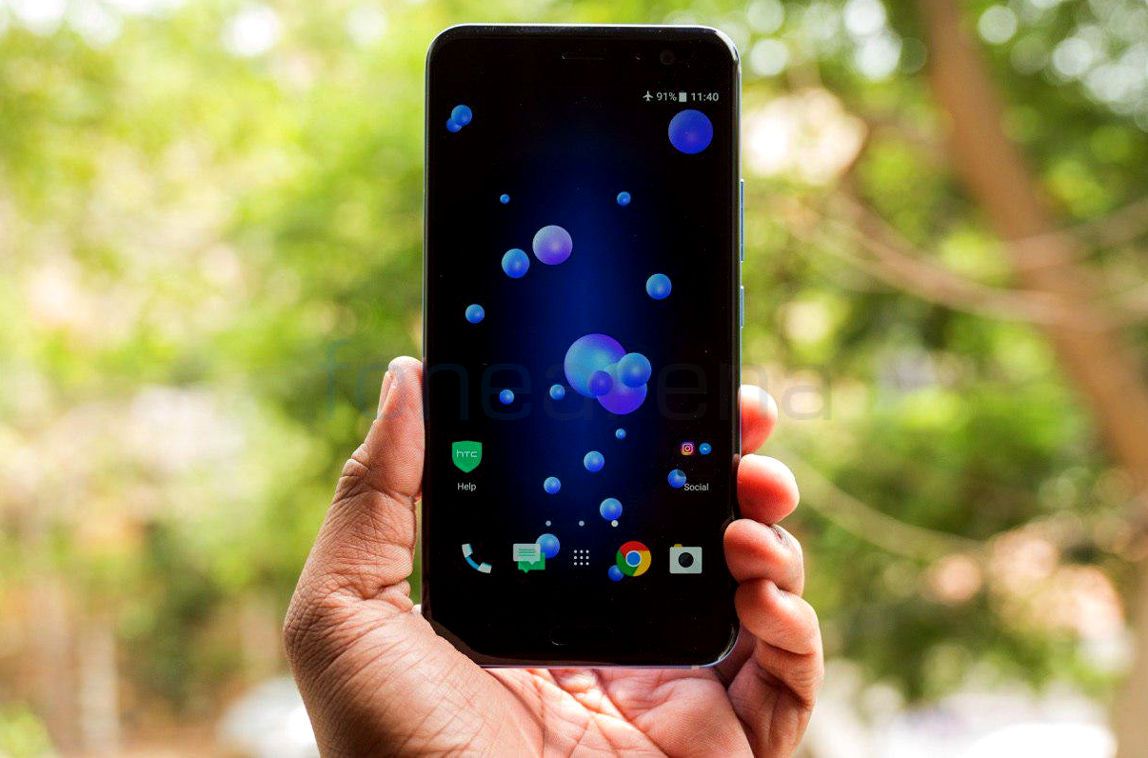 HTC launched the U11 in India in June following its announcement in May. The flagship comes with a unique Edge Sensor for new squeeze interactions that lets you perform different actions like launch the camera, send text messages, open email or customize it to launch any application by squeezing the phone.

HTC is now rolling out a beta update that will add the ability for users to further customize Edge Sense to perform specific actions in certain apps. The Edge Sense can now be used as an alternative to tap or double tap features within your favorite apps. You can assign a short and long squeeze command to more than one app. Squeezes will also work simultaneously inside multiple apps, so you can quickly switch between apps and still use Edge Sense on the fly.

Now you can Edge Sense to snap photos or switch between front and rear cameras using Instagram and Facebook cameras. There is an ability to squeeze to zoom-in on Google Maps and play and pause music with a squeeze when your music is playing in the background. The newest Edge Sense can support any music app that follows Android’s music control standard.

The Edge Sense update will be rolling out to all HTC U11s The update is an opt-in program.