The iPad was not the first tablet to be launched in the market. Several players had tried and failed in the tablet category. The iPad managed to become so popular and became a golden standard for the tablet market. 2017 marks the 7th anniversary of the iPad and over time interest in tablets has declined and the excitement around the iPad has reduced.

Apple has refreshed the packaging this time round and the main story about this iPad is the display and that gets highlighted on the front of the box.

We covered the box contents in the unboxing. Do check that out for finer details. 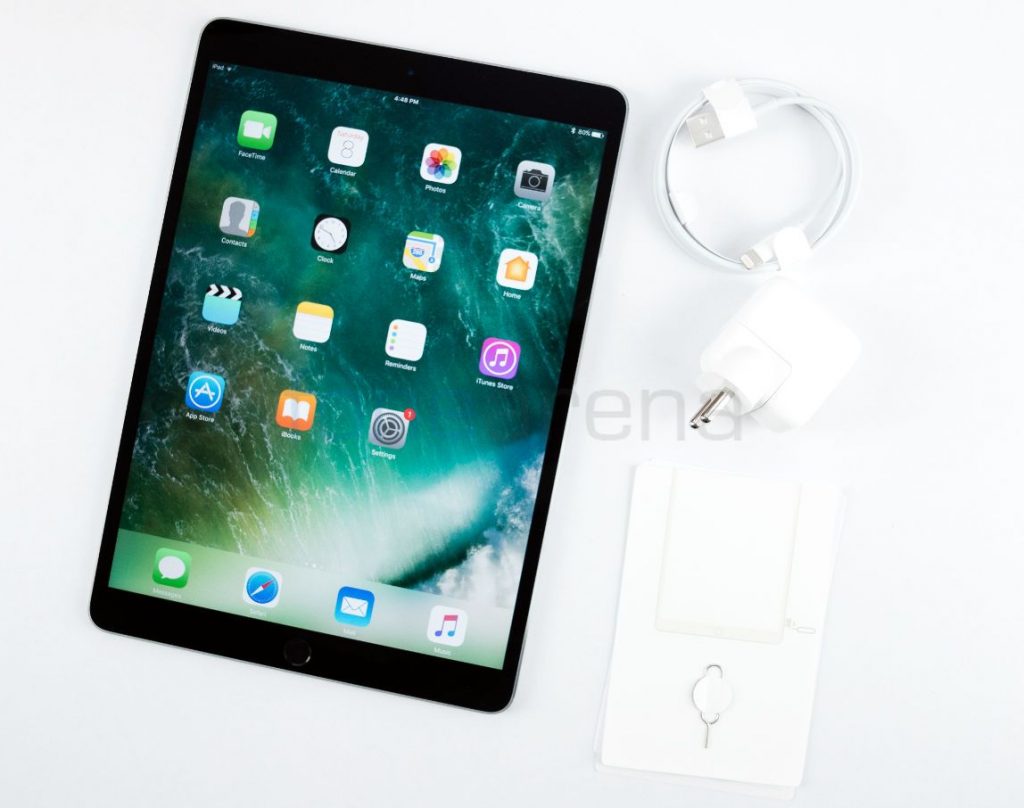 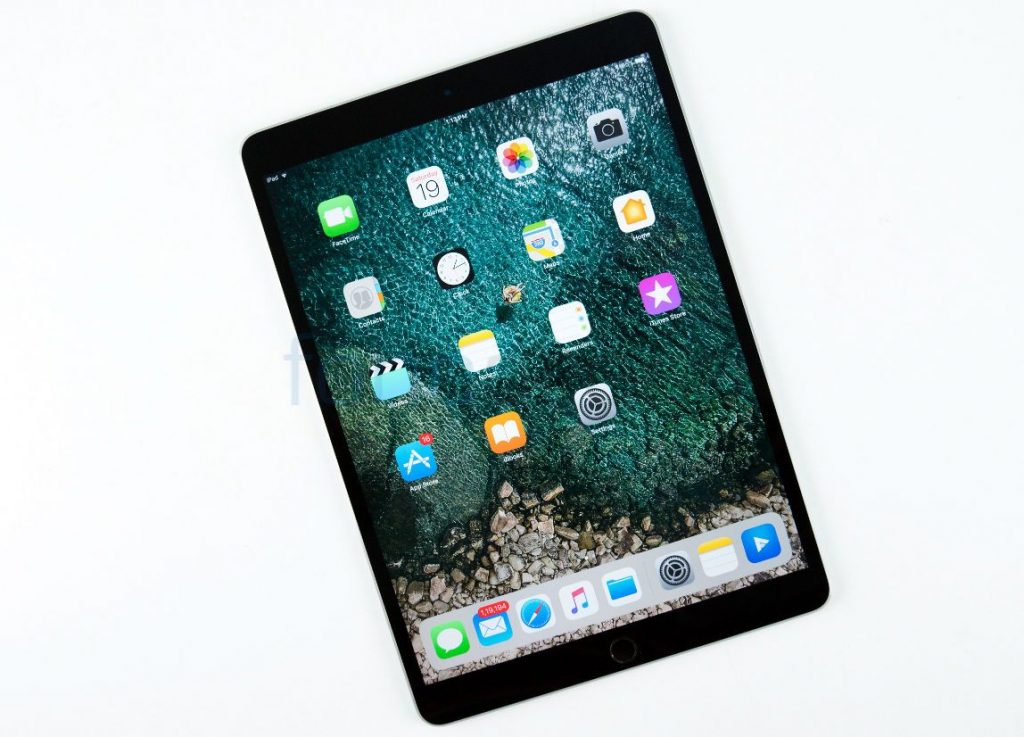 The best thing about this iPad Pro is how compact and portable it is for a 10+ inch screen tablet not that the 9.7 Pro was any worse but having so much of real estate feels good to have. One handed usage is also very comfortable without straining my wrist although for long hours of usage you would tend to use both hands. The larger screen means that Apple could fit a full-size keyboard both on-screen and with the new Smart keyboard. 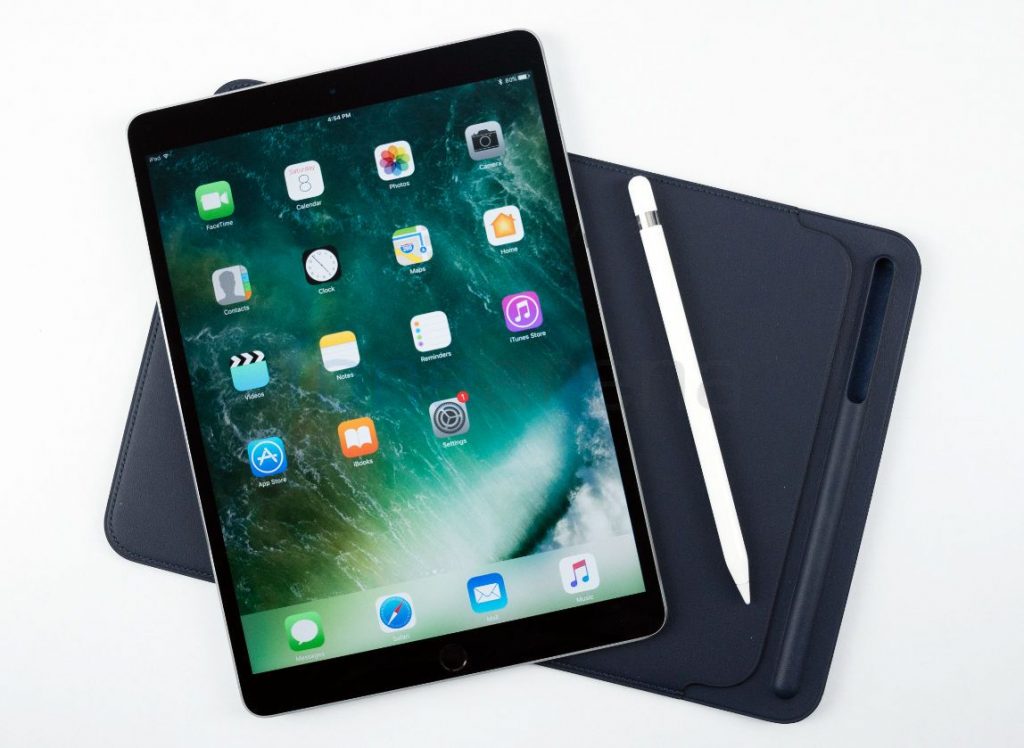 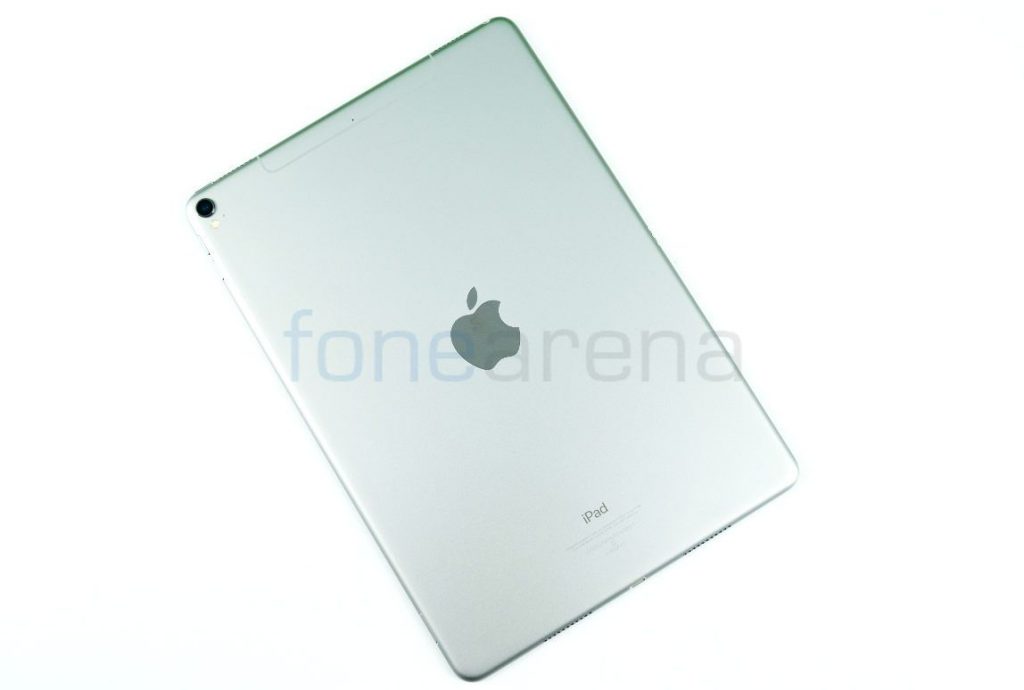 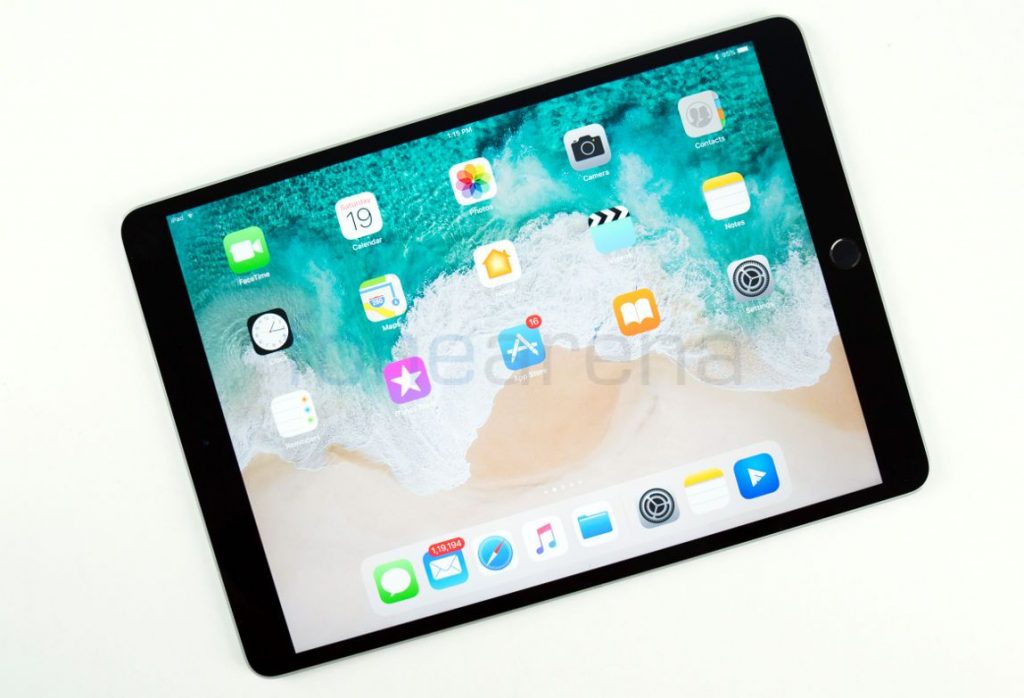 The new iPad Pro has a larger screen with 40% fewer bezels compared to the 9.7 inch version. The display resolution is 2224×1668 pixel which translates to 264 pixels per inch. The display refresh rate can go up to 120Hz and uses ProMotion technology for smoother scrolling and greater responsiveness. Applications which benefit from the higher refresh rate will dynamically trigger the panel to run at up to 120Hz and when not necessary the refresh rate will be scaled down to conserve power. The display is really bright at 600 nits and is very comfortable to view both indoors and outdoors. Most would think the new display tech is a gimmick but after using the iPad Pro 10.5 for several weeks i tried using the iPad Pro 9.7 and the screen feels outdated and not as fluid as the new one. So there is no going back and the display on this iPad is one of the best screens out there. 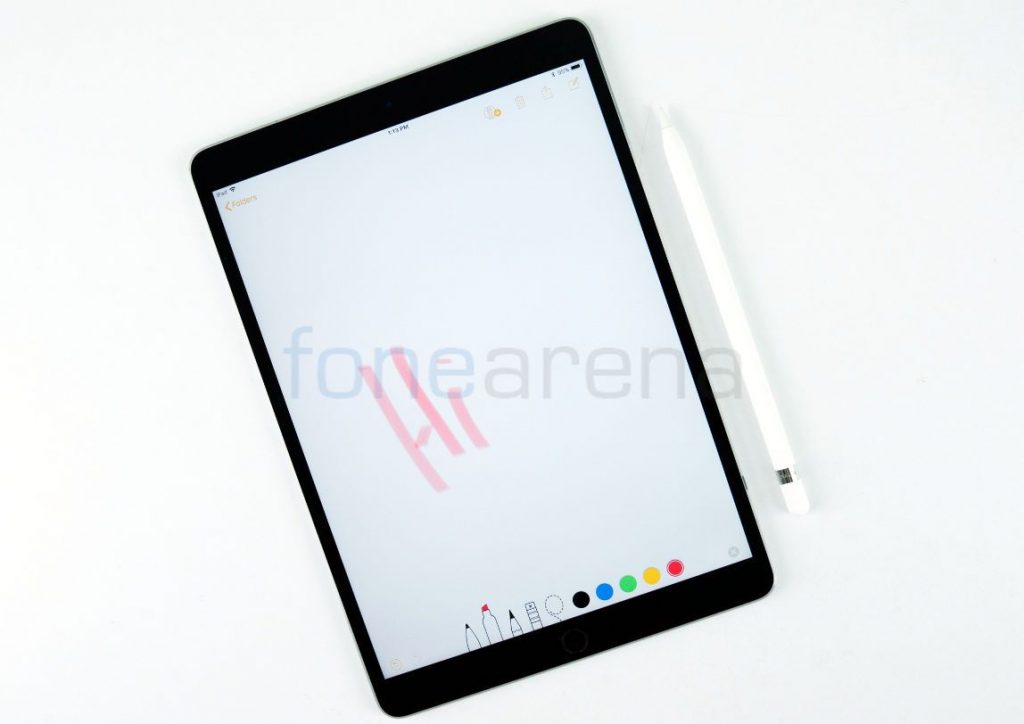 The Apple Pencil is more responsive thanks to the new panel with a 20-millisecond latency for even more fluid and natural drawing. I tried using the Pencil with the Notes app and few other apps such as OneNote. It surely felt more responsive than on previous generation Pro but professionals such as artists should find it more meaningful. 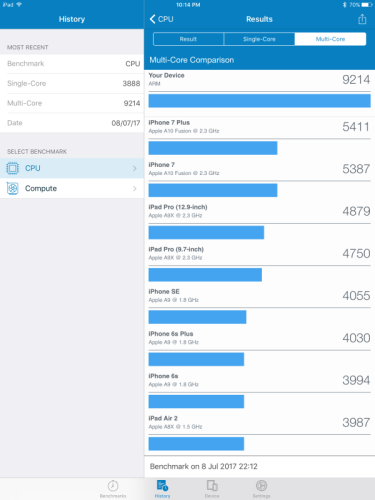 The iPad Pro is powered by a 64-bit A10X Fusion chip which is clocked at 2.34 GHz. A six-core CPU and 12-core GPU deliver up to 30 percent faster CPU performance and 40 percent faster graphics performance than the previous chip. The A10X chip could be the first 10nm chip built by TSMC for Apple and proves Apple’s advancements in developing its own silicon and moving away from ready-made solutions available in the market.

The iPad Pro 10.5 will be available with 64/256/512 GB of inbuilt storage. Another big change is the support for USB 3 speeds on the lightning port a feature which was previously available on the iPad Pro 12.9. You can plug-in even a card reader or camera adapter and transfer files at USB 3 speeds.

As you can see in the above graph from Geekbench, the iPad Pro is miles ahead of the previous generation iPad Pros thanks to the new silicon. It is also noticeably quicker than the iPhone 7 too. It would be interesting to compare it to numbers from the Macbook range but that would be unfair as they run on different platforms. But the conclusion is that iPad Pro packs a lot of processing power which comes in very handy in iOS11. 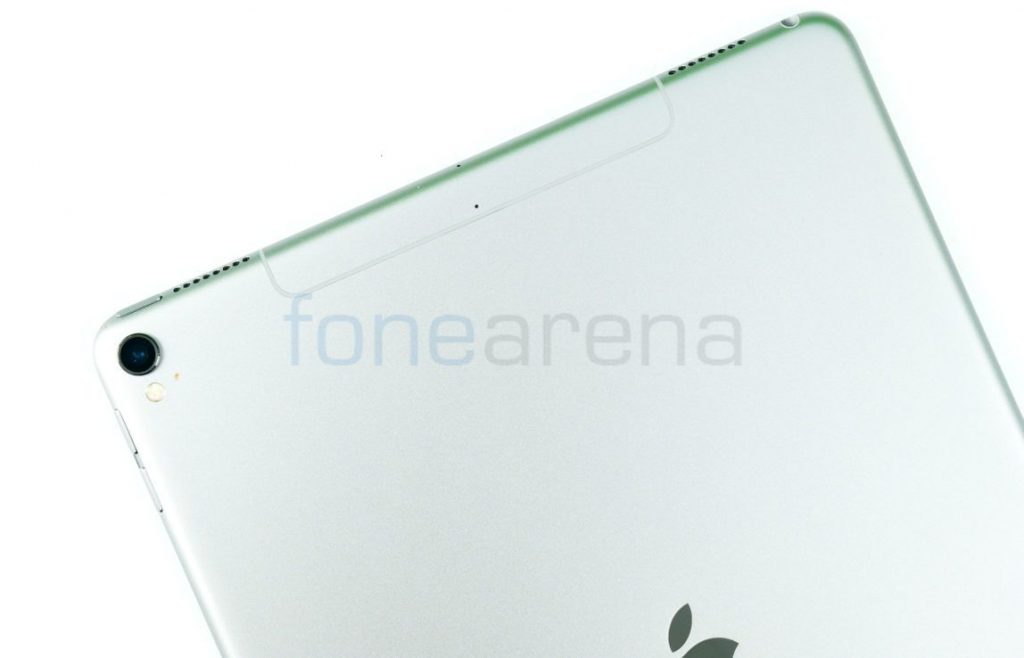 This device especially the cellular version we are reviewing can work pretty much anywhere in the world on tons of LTE bands. The best part is the IPad Pro features dual SIM functionality. The first SIM is the physical nano-SIM card slot which takes in any GSM operators SIM card. The 2nd SIM is the Apple SIM or embedded SIM (e-SIM) which can be used in several countries.

For instance, I was able to use this in Hong Kong and get data without even having to visit a store. I managed to go online even before the doors of my aircraft were opened. This functionality is not limited to this iPad Pro but has been around since the iPad Air 2. I have used it in USA too. For the business traveler this a great option to have. I managed to get mobile data working on Jio and Airtel using the SIM card slot and on smartphone in Hong Kong and on AT&T in USA using the Apple SIM card option. Some operators even allow you to turn on the Hotspot feature which is very helpful as the iPad Pro is the longest lasting mobile hotspot you can find thanks to the massive battery it packs.

It also supports really fast WiFi networks at both 2.4GHz and 5GHz upto 802.11 ac and Bluetooth 4.2 LE which is used for the Pencil.

The iPad Pro packs quad-stereo speakers and audio output coming from them is very loud and you would not have to use external speakers in most situations. You can choose to use either lightning based earphones which come with the iPhone 7 and 7 Plus or use the 3.5mm audio jack which has still not been removed from the iPad. There are 2 microphones for video capture, Facetime calls and Siri. 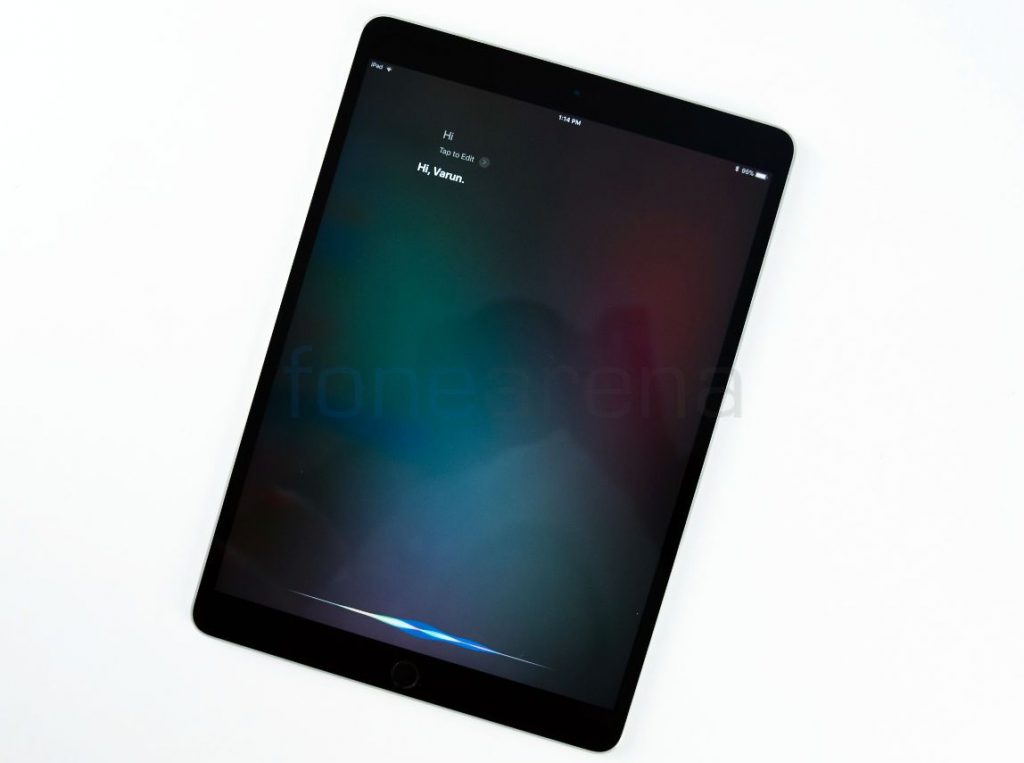 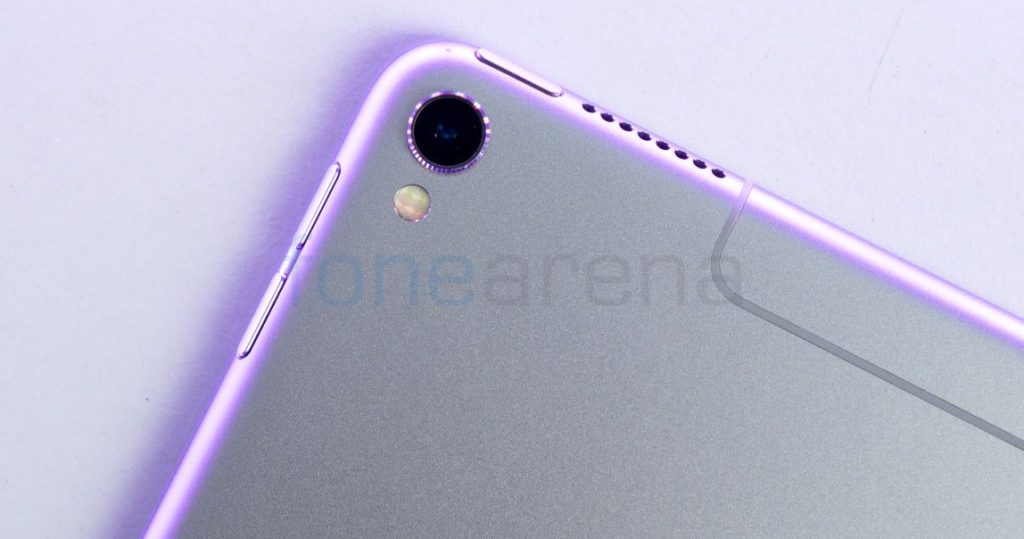 The cameras now are the same as those on the iPhone 7 which include a 12MP rear camera and 7MP front camera.I managed to get some amazing shots in good lighting conditions. Although it is awkward to hold the iPad to take photos, you get a really large viewfinder for your camera and also for checking out the photos, the display is one the best.

The 12MP camera with f/1.8 aperture supports OIS or Optical Image Stabilization and is the lens is coated with Sapphire crystal to avoid scratches. For low light photos, beneath the camera model is the Quad-LED True Tone flash.

Shots like this are possible with the iPad Pro 10.5’s camera, few years ago, it was not possible to get such details on a phone camera but as of 2017, high quality cameras have made their way onto tablets and it’s good to have the option to click a good photo with your tablet or scan documents. 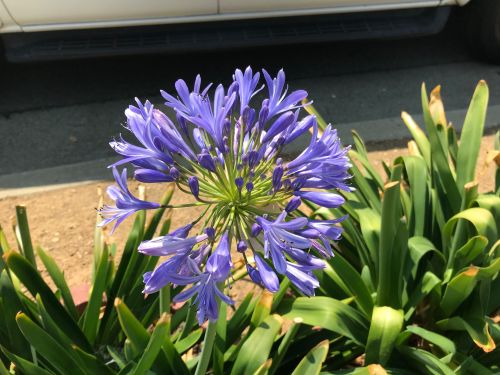 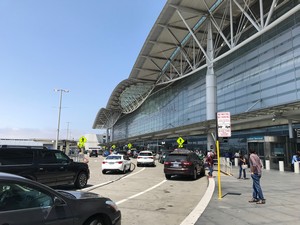 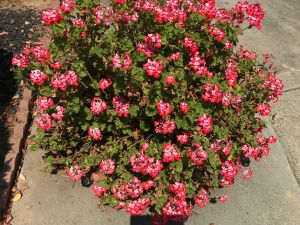 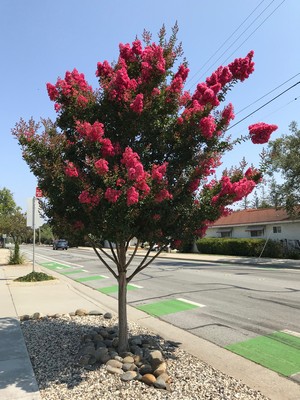 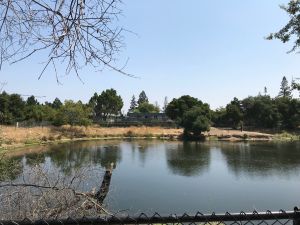 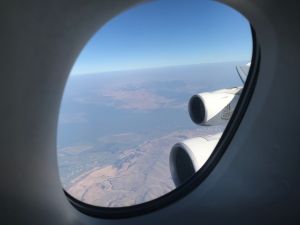 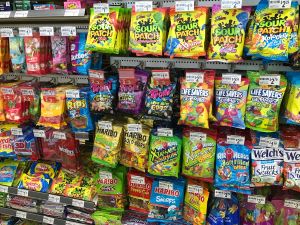 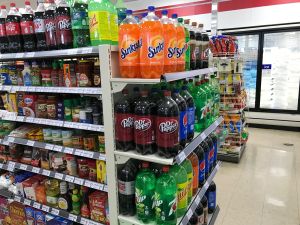 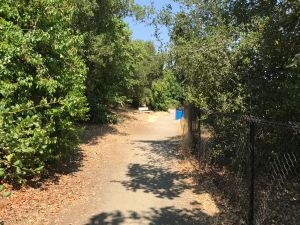 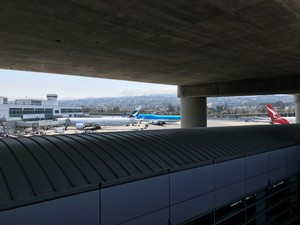 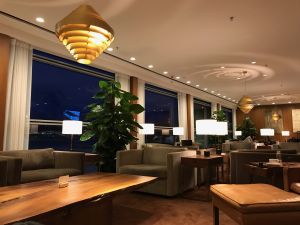 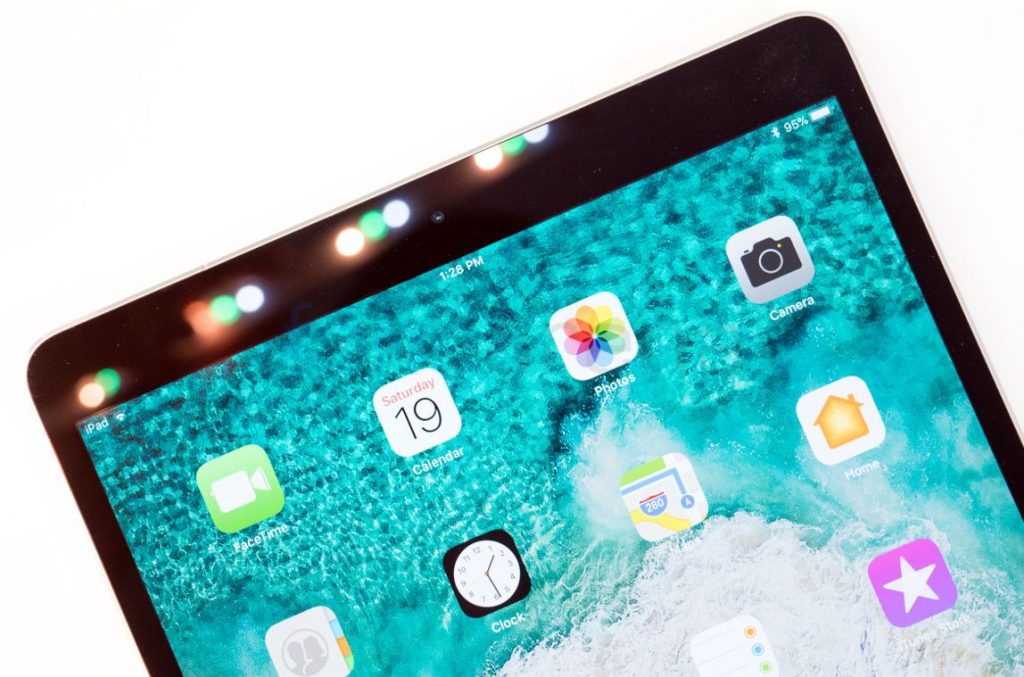 Above the display you have the front facing camera which is a 7MP unit with f/2.2 aperture and does 1080p HD video capture. The display lights if you wish to use it as a flash. 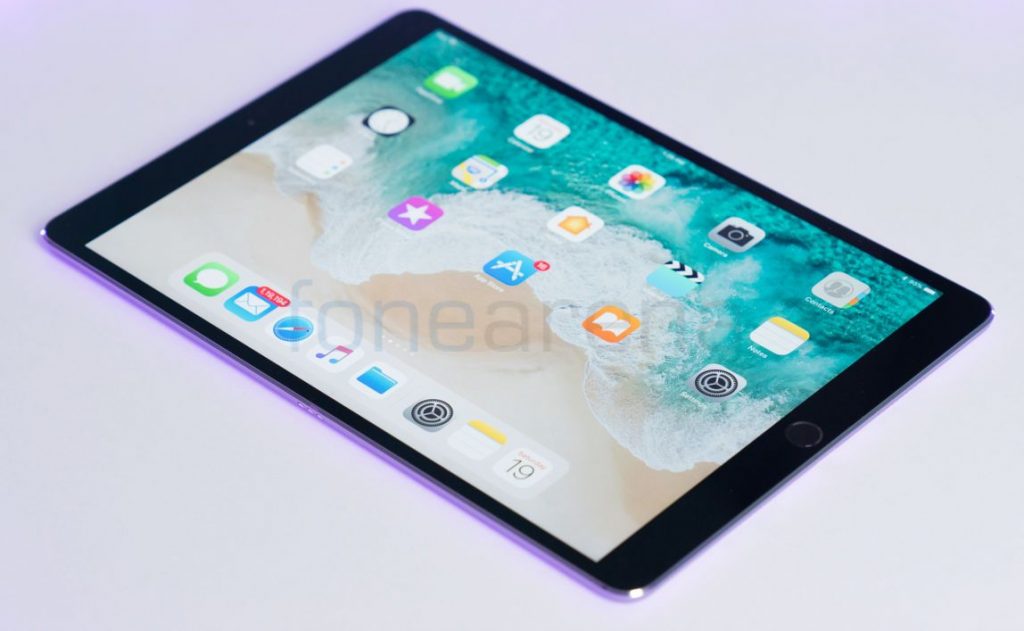 The iPad ships with iOS 10.3 out of the box as the next major version iOS11 is still in beta. The software that ships with the iPad Pro 10.5 does not tap the full potential of the hardware capabilities of the device. You still get multitasking features such as split view, video overlay etc.

Apple has promised to update the iPad to iOS 11 later this year. Users can easily get the Public Beta installed on their device but i would not recommend it for the faint hearted as it is still not the final software. Apple does confirm that installing their beta won’t hamper your warranty.

The 10.5 inch iPad Pro packs a 30.4 watt hour battery and Apple claims 10 hours of battery life for the WiFi version and 9 hours for the cellular version. In my usage, the iPad lasted really long and I did not bother looking at the battery percentage. Charging the iPad with the included charger though is a little slow, it takes more than 3 hour to reach 100%.

We noticed that using the 29W USB Type-C charger to charge this iPad is much faster than using the in-box 12W charger. Previously only the larger iPad Pro 12.9 supported this functionality but looks like the 10.5 also got it this time. This requires an additional USB Type-C to lightning cable as well. I wish Apple shipped this in the box rather than including a slower charger. iPads have always had very good standby times and this iPad is no exception. 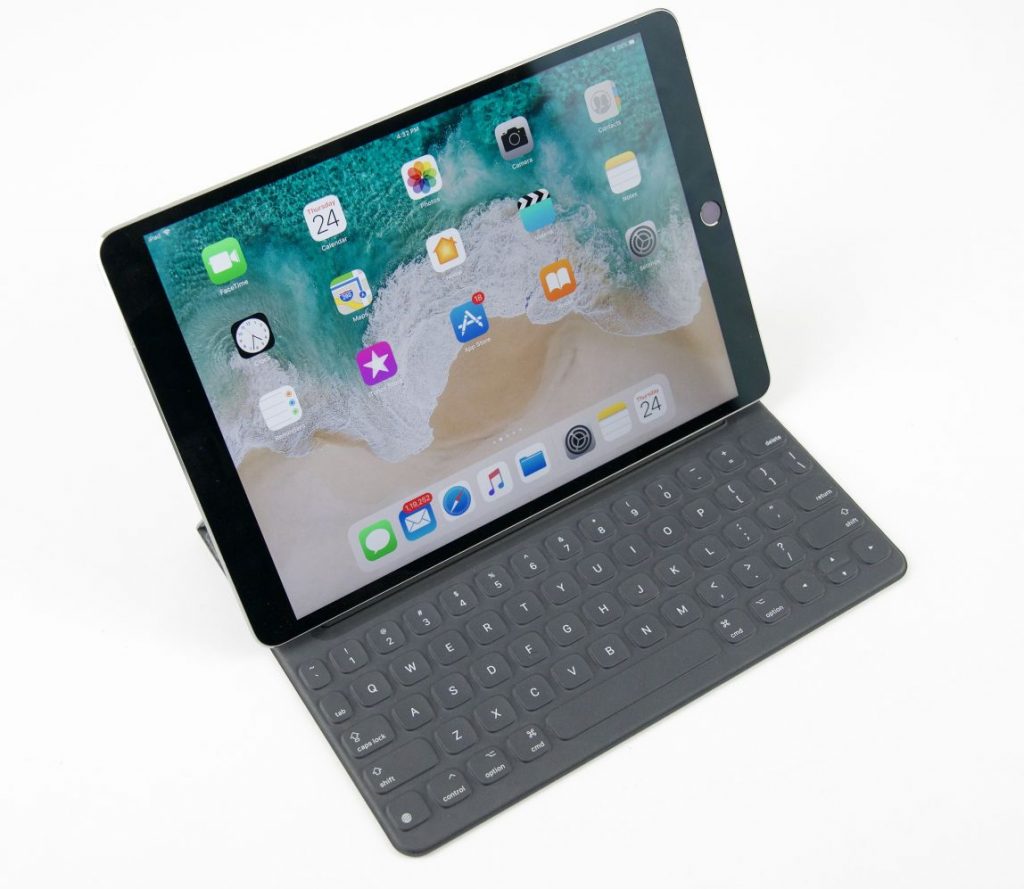 The iPad Pro 10.5 is by far the best tablet I have used in a while. In fact I’d recommend this over the 12.9 version just for portability. The Samsung Galaxy Tab S3 is a great device but Android as a Tablet operating system lacks the finesse which iOS packs.

After using the iPad Pro 10.5 for a few weeks now especially with iOS 11 , I see myself using my computer less while on the go. With a file manager, support for Dropbox, Google Drive in iOS 11 and when paired with an Office 365 subscription most users can get their work done on this iPad without having to use a PC. If you are confused if you should get the Wi-Fi or Cellular version of this iPad, the cellular version with support for worldwide LTE bands is a no-brainer for travelers or users always on the move. Those looking to use the iPad mostly at home or at work can consider the Wi-Fi version.