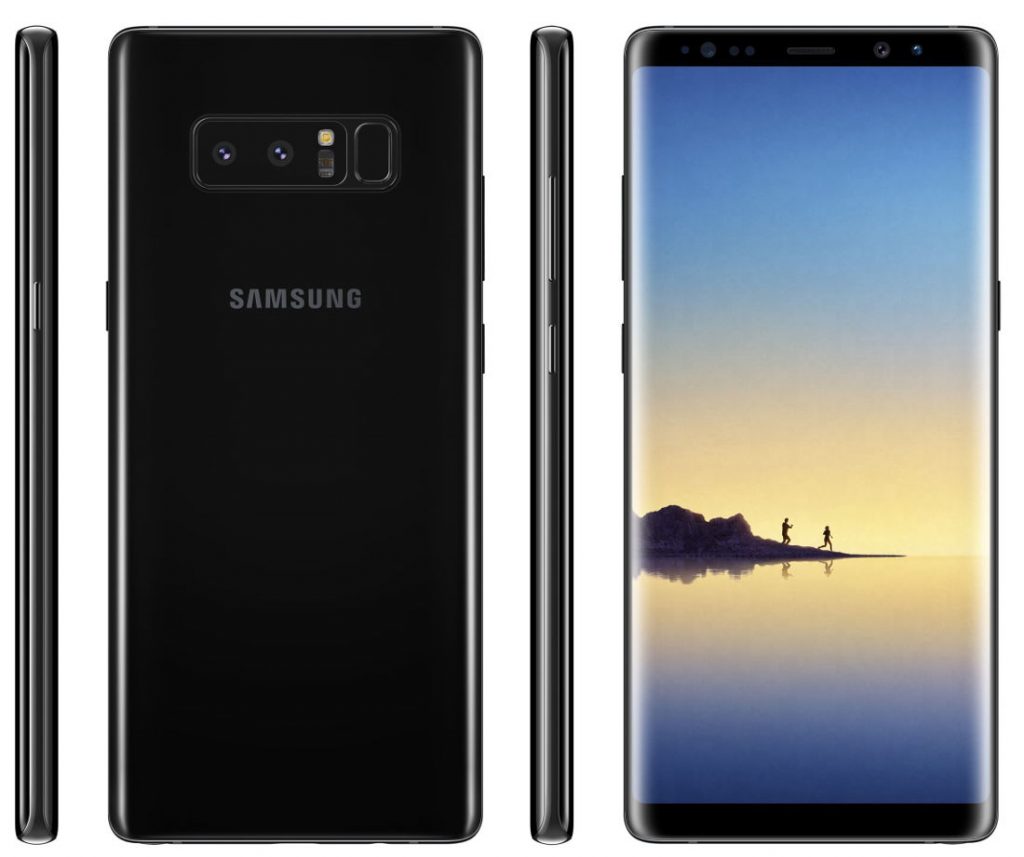 After posting the first press render of the Galaxy Note8 in Midnight Black version of the upcoming Galaxy Note8 smartphone, @evleaks has posted a new image that shows the dual rear cameras on the back along with a fingerprint sensor. It also shows the side profile of the phone with volume rockers and the Bixby button on the left and the power button on the right.

When it rains etc. pic.twitter.com/D0lFR5Wn1B

It also shows the Golden colored version of the phone. There are also S Pen stylus in matching Black and Gold colors. It shows a similar design as the Galaxy S8 with Infinity display with minimal bezels. All the important sensors including the iris scanner is seen on the top.

According to earlier rumors, the phone will have a 6.4-inch Super AMOLED display with the same 18.5:9 aspect ratio and QHD+ (1440 x 2960) resolution of the S8 series, dual rear cameras with 12 MP wide-angle lens supporting dual photodiodes, along with a 13 MP telephoto lens, OIS on both. It is said to come with improved S Pen and Bixby voice assistant. It is rumored to pack Qualcomm Snapdragon 835 or Exynos 8895 chipset, varying by region and 4GB or 6GB of RAM.

The Samsung Galaxy Note8 will be announced at the Galaxy Unpacked event on August 23.. It is said to come in Midnight Black, Deep Blue, Gold and Silver colors and is rumored to go on sale globally for about 999 Euros (US$ 1118 / 72120 approx.) in early September.