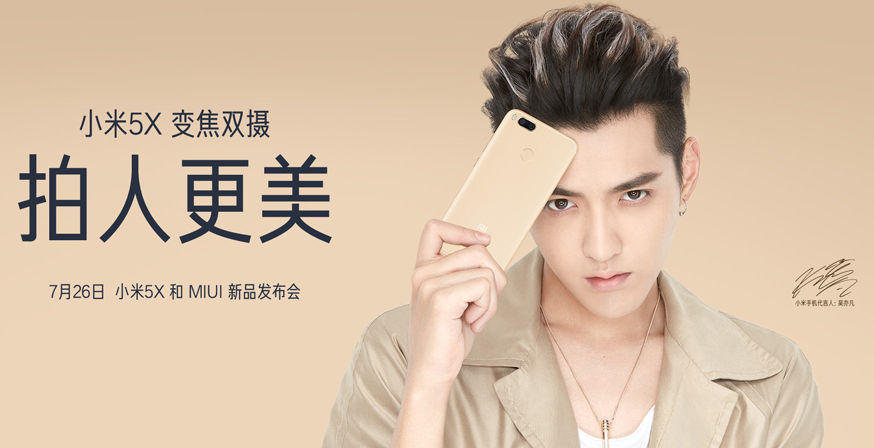 After the promo images of the upcoming Mi 5X surfaced, Xiaomi has confirmed that the Mi 5X smartphone along with new MIUI 9 will be announced on July 26th at an event in China. Actor Kris Wu will be ambassador and will promote the phone. 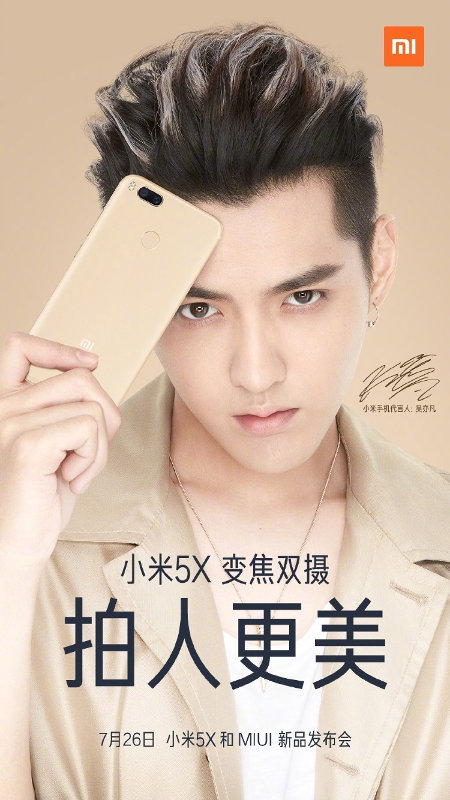 The image shows the star holding the phone that has dual rear cameras along with dual-tone LED flash and a fingerprint sensor. It is said to pack a 5.5-inch 1080p display, Snapdragon 625 and 4GB of RAM.

The Xiaomi Mi 5X is expected to come in Black, Gold colors and Rose Gold colors and is said to cost 1999 yuan (US$ 295 / Rs. 19,000 approx.). Xiaomi already confirmed that it will release the MIUI 9 for its devices before August 16, so we can expect beta testing to begin soon after the announcement. We should know all the details next Wednesday.