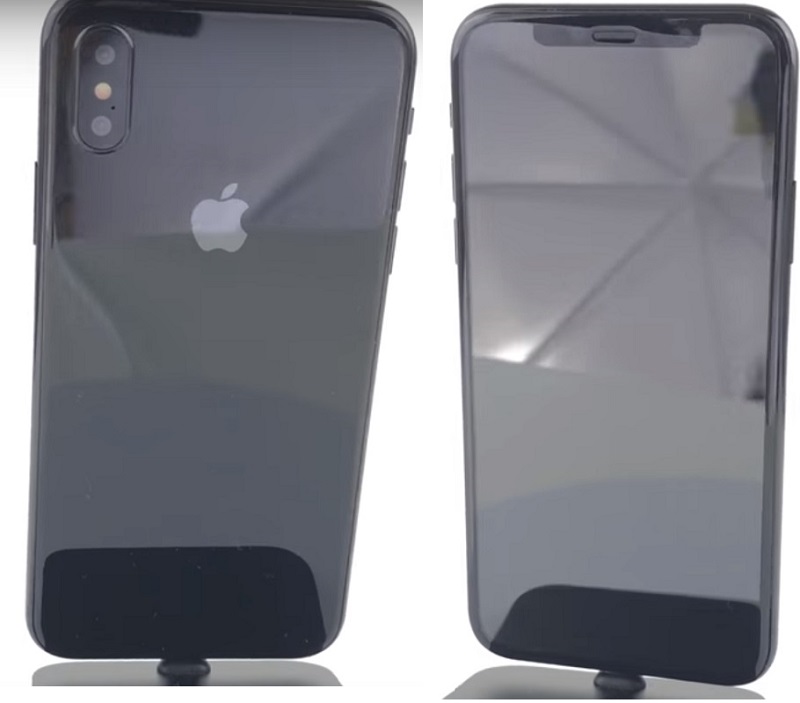 We have already seen a couple of reports and leaks about the upcoming iPhone 8 smartphones. Now a new iPhone 8 dummy hands-on video has been released by OnLeaks and Tiger Mobiles that shows the prospective design of the phone from all angles.

The video is based upon 3D CAD sourced directly from the factory in charge of building the new iPhone. As reported earlier, the iPhone 8 sports an edge-to-edge bezel less display. Up front on the top, the phone has a front facing camera, earpiece and other sensors. Moving on to the back, it is all-glass with dual rear camera setup along with LED flash. The ride side houses power button and nano-SIM tray slot while volume buttons and alert sliders are present on the left. The stainless steel chassis are sandwiched between two glass plates.

The new iPhones are expected to feature iris scanner, wireless charging and come with other major changes as it is Apple’s 10th Anniversary. This year’s iPhone 8 is expected to sport edge-to-edge OLED displays instead of LCD display.