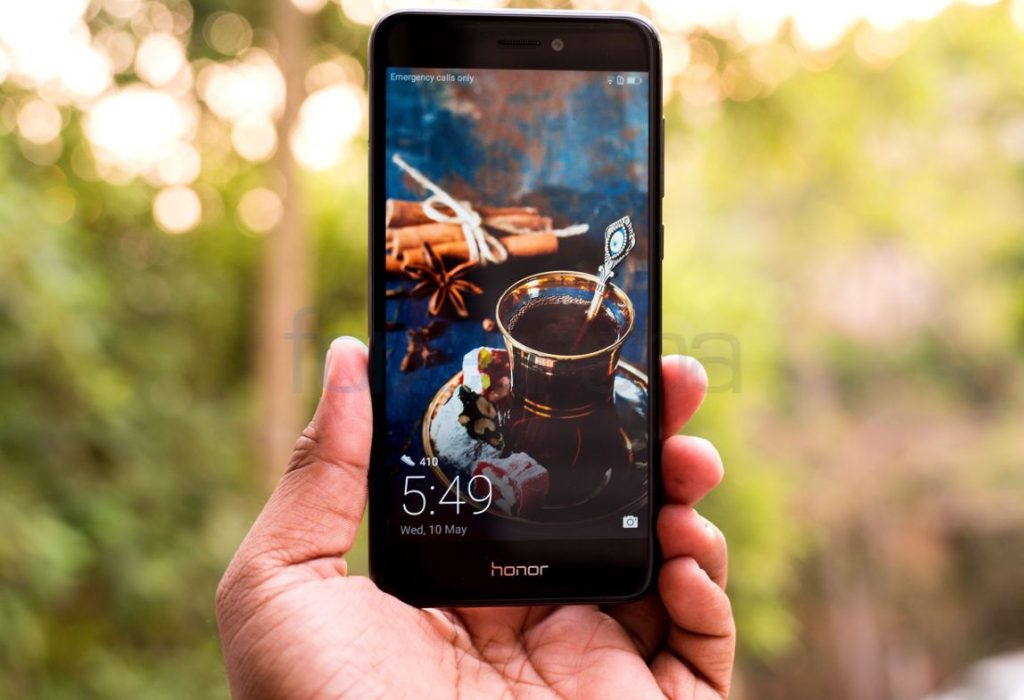 These days, Smartphones are all about the processor, camera and of course the “Design”. While most of the handset makers come out with metal unibody handsets, Huawei’s online brand Honor came up with a refreshing device dubbed as Honor 8 Lite. 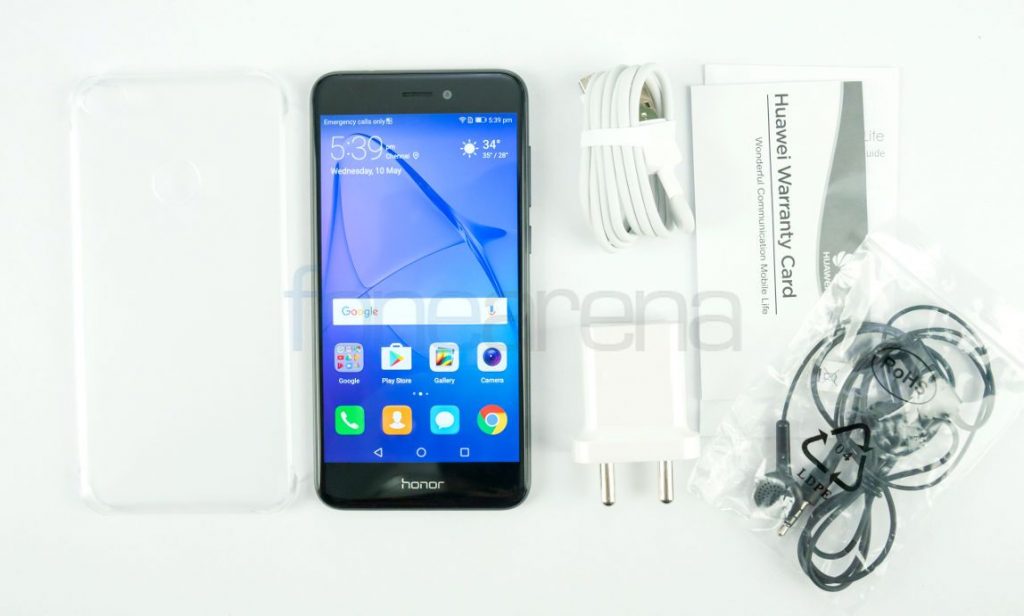 We’ve used this mid-ranger for few days. So here’s our thoughts on the Honor 8 Lite smartphone. 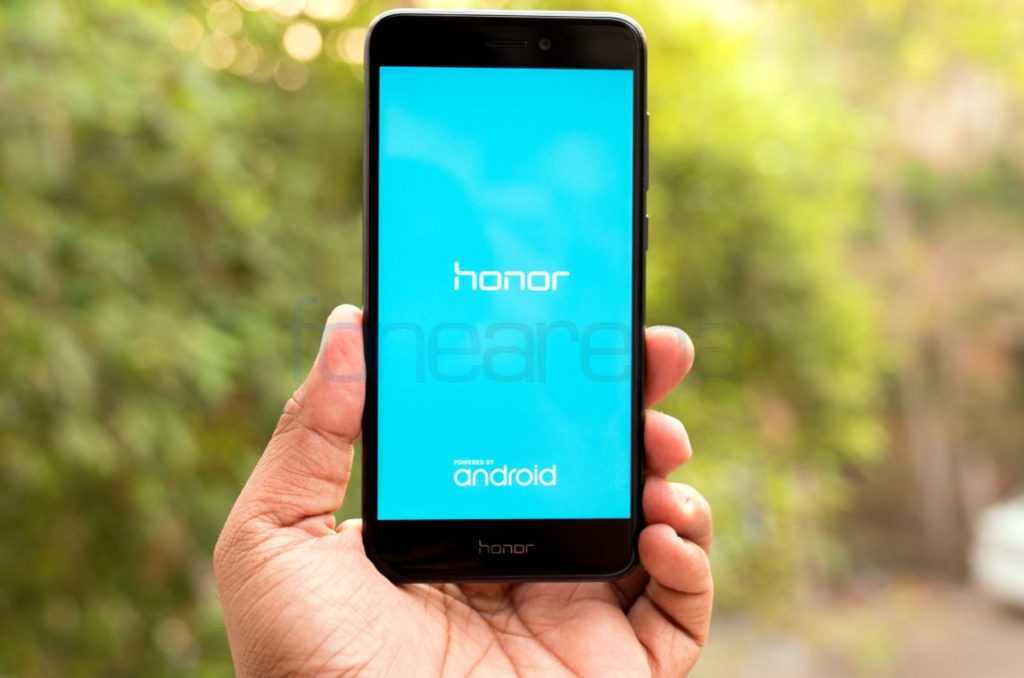 The Honor 8 Lite sticks to a 5.2-inch Full HD 2.5D curved glass display with a resolution of 1920×1080 pixels translating into 423 pixels per inch with 69.5% screen-to-body ratio. The display is bright, vivid, good color reproduction and the viewing angles are good as well. Due to its reflective glass panel, it attracts more fingerprint and offers an average sunlight readability. 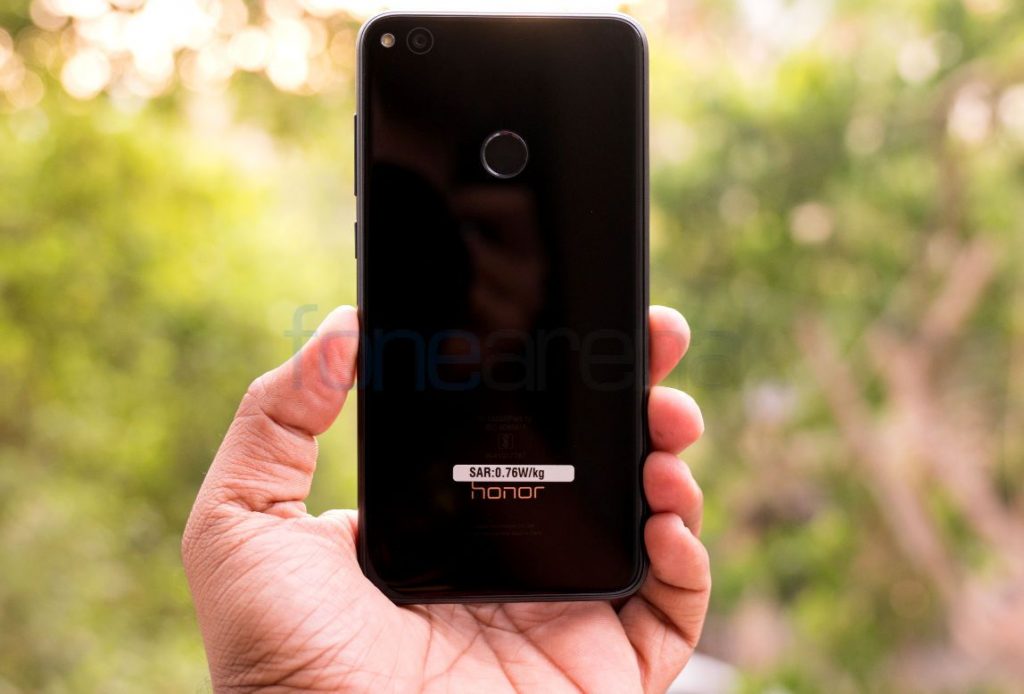 Moving on to the design, the Honor 8 Lite draws inspiration from Honor 8 in terms of design. However, this smartphone doesn’t give the same premium feel as the Honor 8, when I held it in my hands. Even though it has a good design language, it is a bit cheap compared to Honor 8. This device comes covered with a glass panel on both front and back and it is more rounded as Honor 8. Much to our surprise, the device isn’t slippery despite glass panel. Also, the Honor 8 Lite feels good and compact to hold as well. Both the glass panel blends seamlessly onto the metal sides giving rather a premium feel.

Talking about the placements, you have the earpiece, loudspeaker, front-facing camera, notification light as well as proximity and ambient light sensors on the front top. And just below the display is where you find the Honor branding. At the right side, you find the volume rocker button and the power button which to are made of metal. The left side houses the SIM card tray (nano + nano/microSD), while you get a 3.5mm audio jack and secondary microphone on top. Moving down, you get a standard USB port, speaker grill on either side. 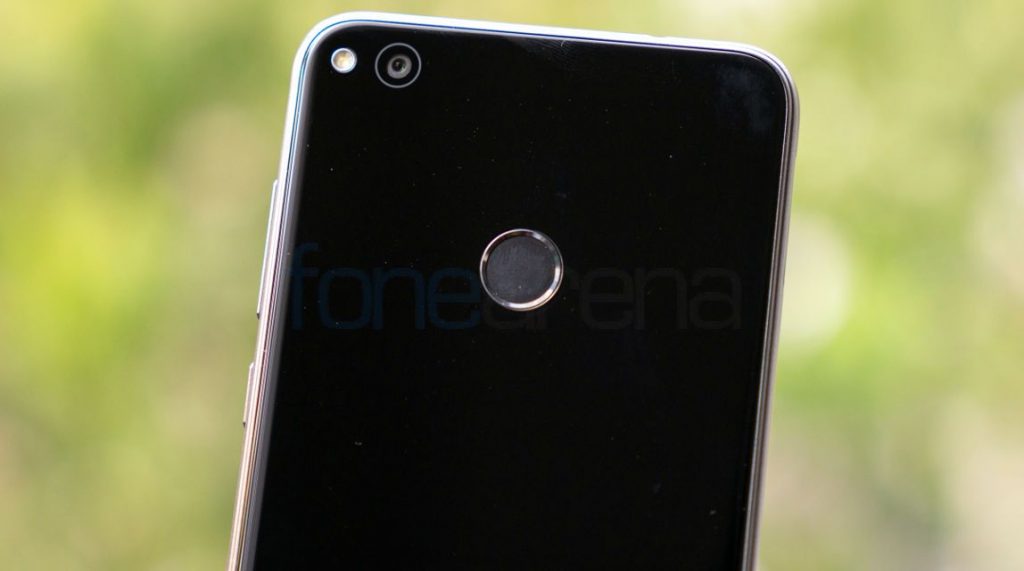 At the back, we have a 12MP rear camera along with a dual-tone LED flash. Below it is the fingerprint sensor and you also have an Honor branding towards the bottom.There’s a 3000mAh non-removable battery under the glass at the rear. It measures 147.2 x 72.94 x 7.6mm and weighs around 147grams. Overall the smartphone has a good display and a solid build quality that is prone to fingerprint magnet.

The Honor 8 Lite has a fingerprint sensor on the back. It is quick to unlock the phone immediately you place your finger on the sensor and also unlocks the screen. You can add up to 5 fingerprints. It also tells you if the fingerprint you add has already been enrolled. There are also fingerprint gestures that let you take photo or video, answer a call or stop the alarm when you touch and hold the fingerprint sensor. 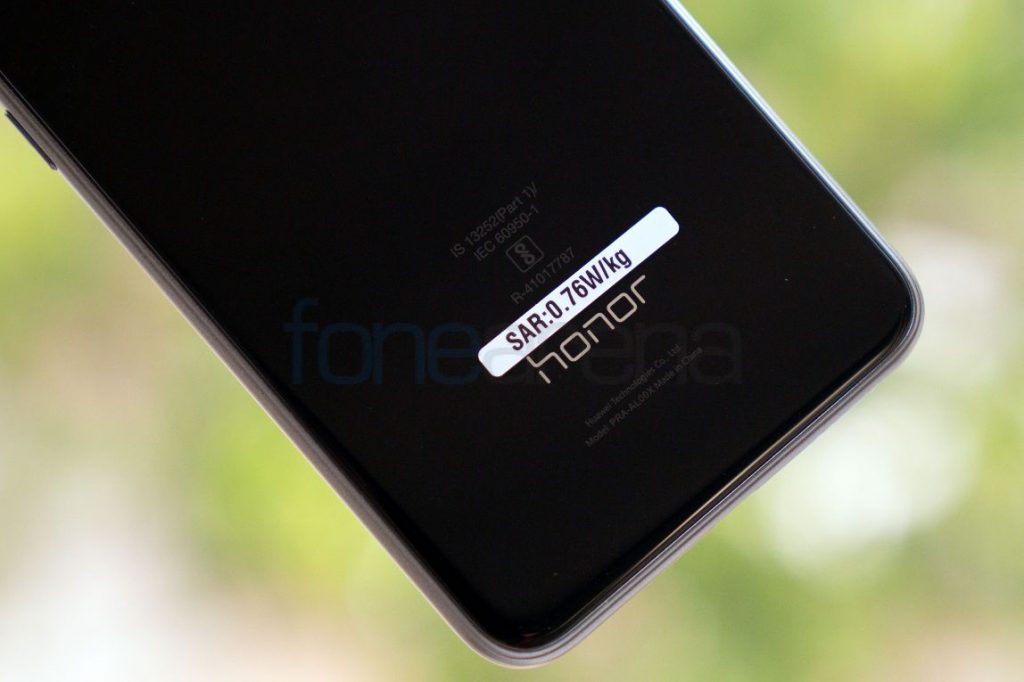 On to the performance, the Honor 8 Lite gives smooth user experience without any lag or hang. As far as specs concern, this device is powered by an Octa-core Kirin 655 ( 4 x 2.1GHz + 4 x 1.7GHz) 16nm processor with Mali T830-MP2 as GPU. However, we experienced a slight lag while opening the camera app and during switching between apps. We did not face any heating issues during 4G usage or gaming, which is indeed neat. 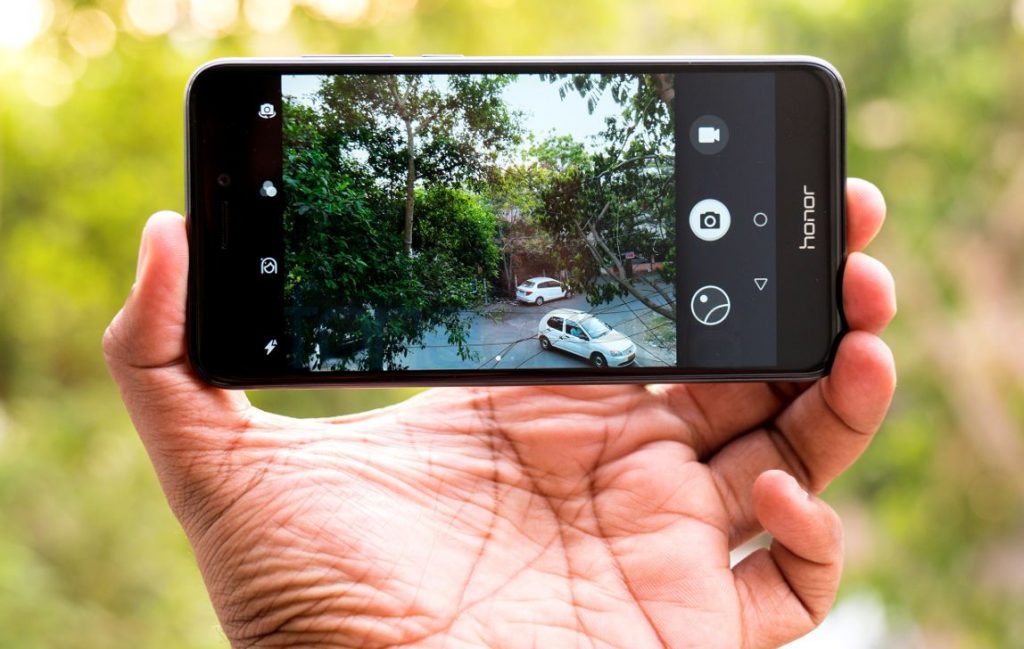 Starting with the specifications, the Honor 8 Lite comes with a 12MP rear camera with LED flash and an 8MP front-facing camera with 77-degree wide-angle lens. The camera user interface of the Honor 8 Lite is so minimal and simple to use. It is so easy that, starters can grasp easily.

The 8 Lite clicks some good shots under good daylight conditions with the good amount of details, color, and contrast. The HDR comes out well with good dynamic range and macro shots are good as well with fast focus. In terms of low light imaging, the device captures satisfactory images even in poor lighting condition, thanks to the BSI CMOS sensor with 1.25µm pixels that offers improved low-light performance. Moving on to the front, it has an 8MP front facing the camera with wide-angle lens that indeed captures large details in the background as well. The Beauty mode helps blemishes and soften the skin. It is also good for video conferencing as well. Here are some of the samples, we clicked with Honor 8 Lite. 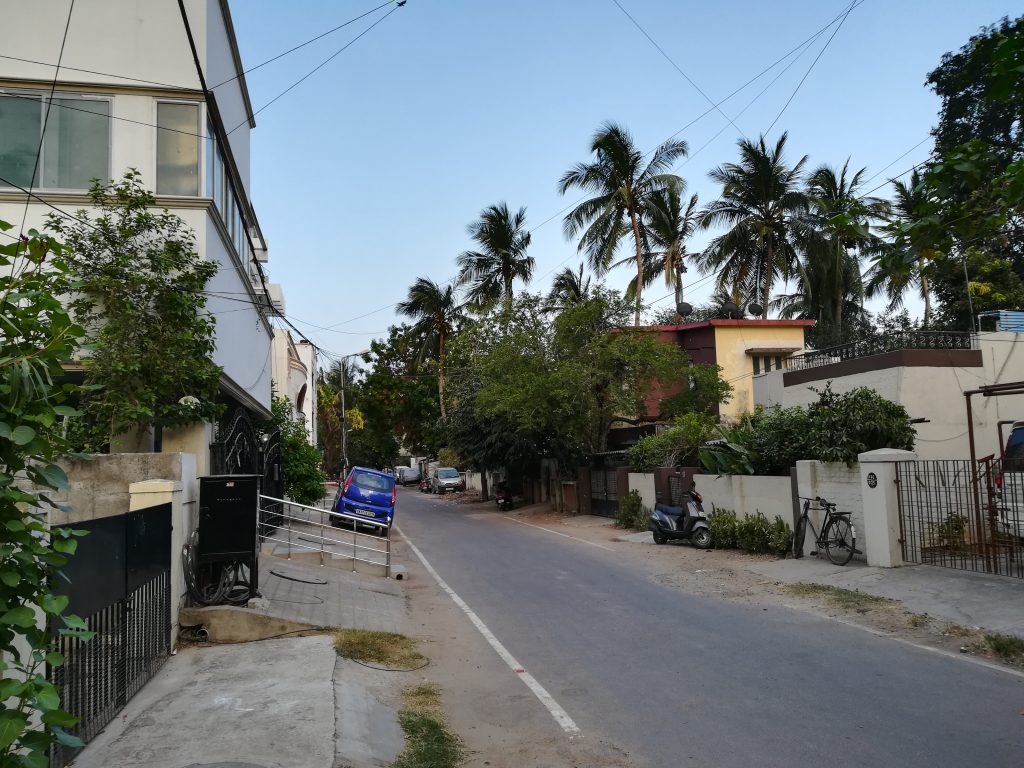 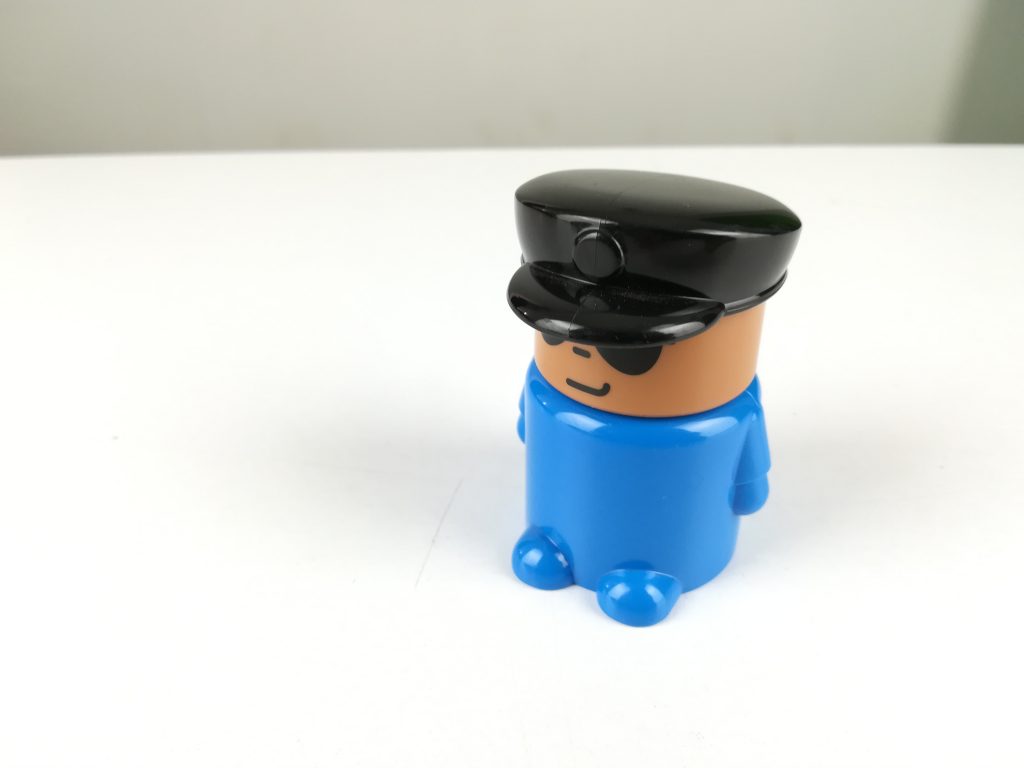 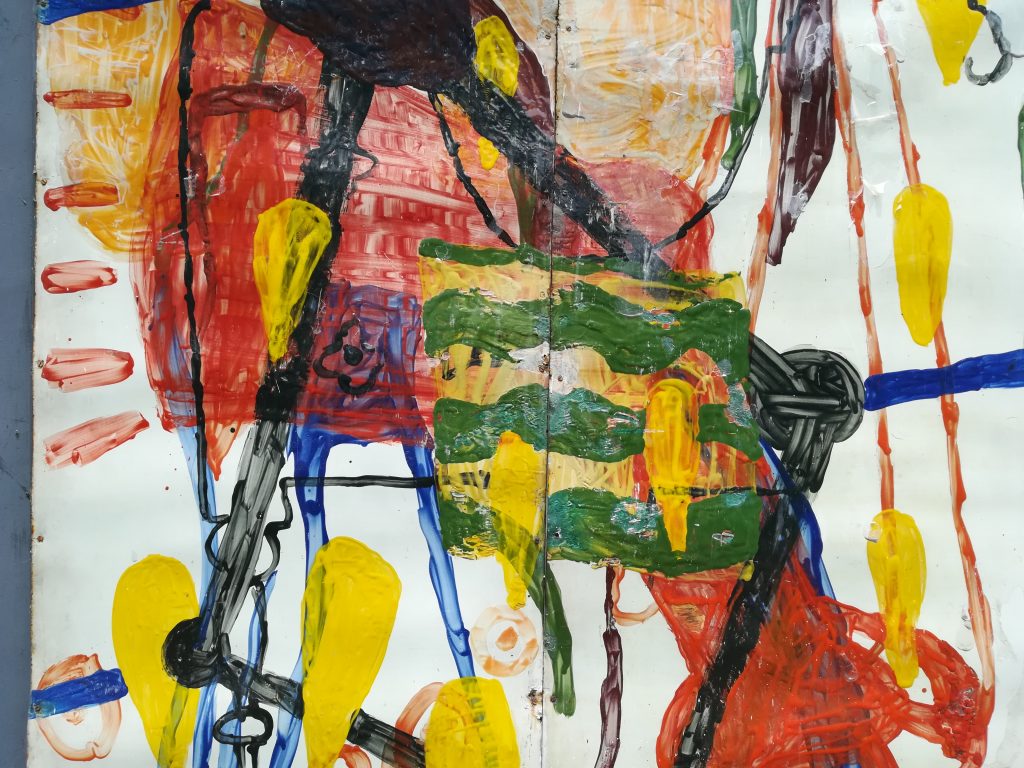 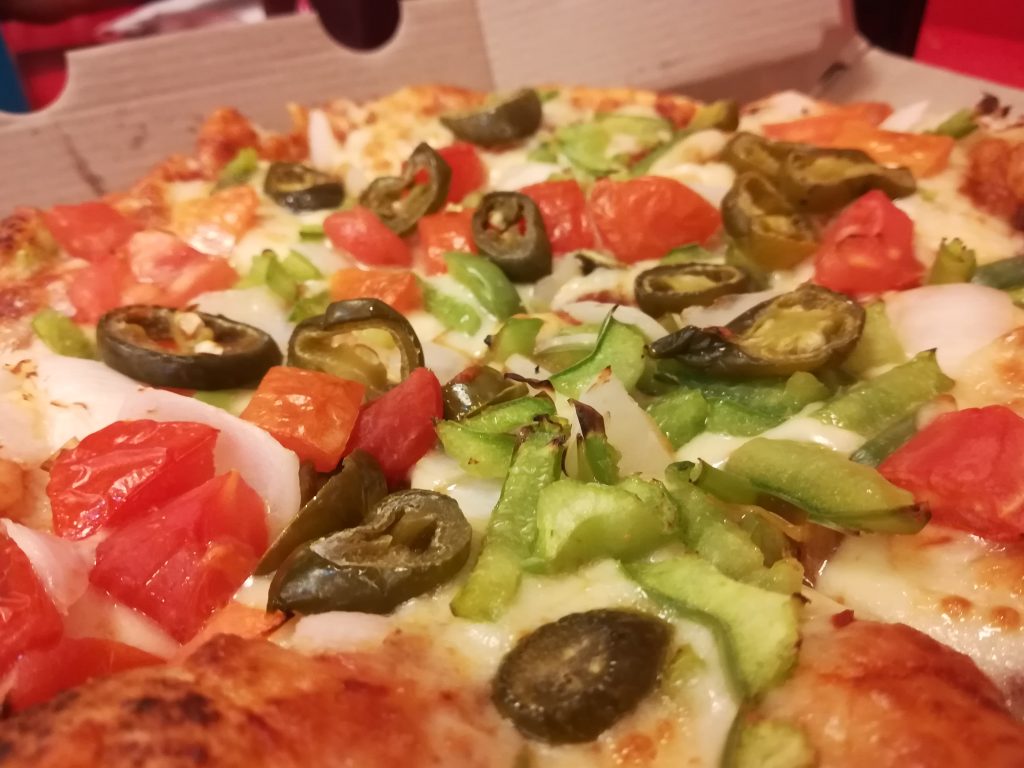 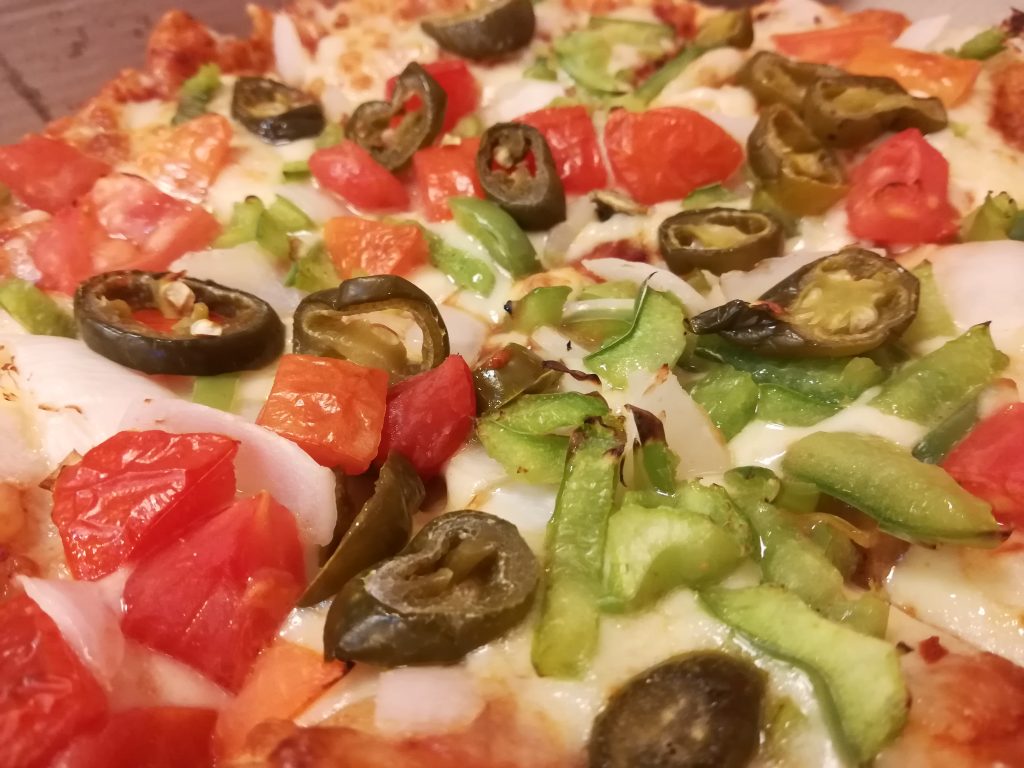 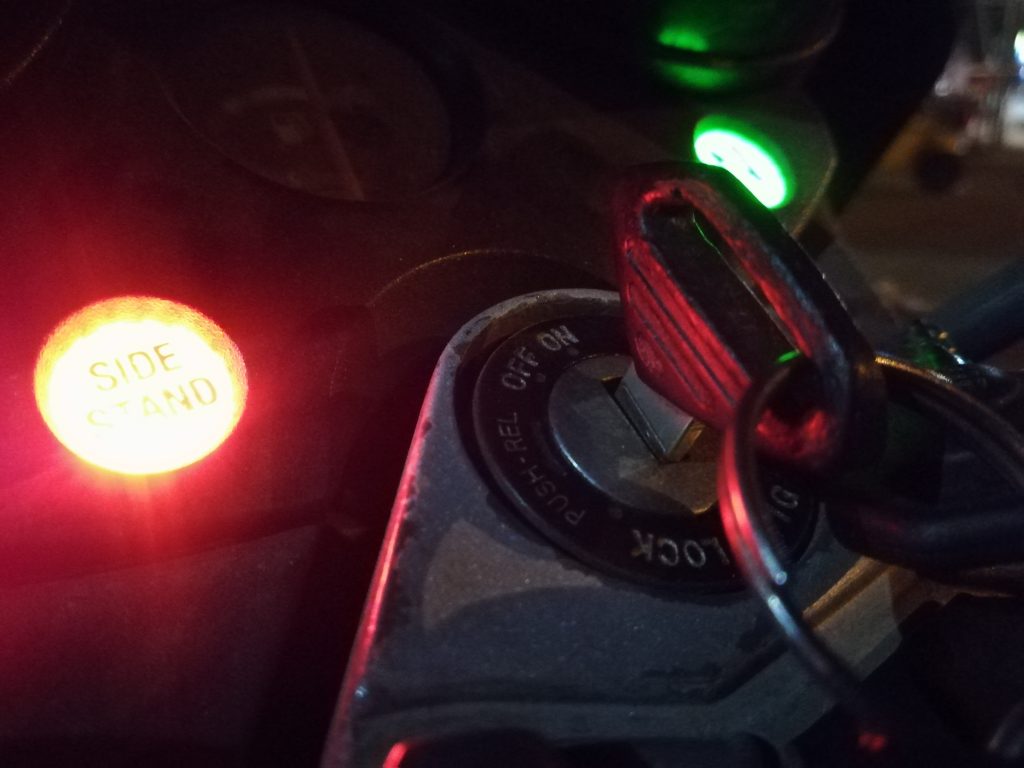 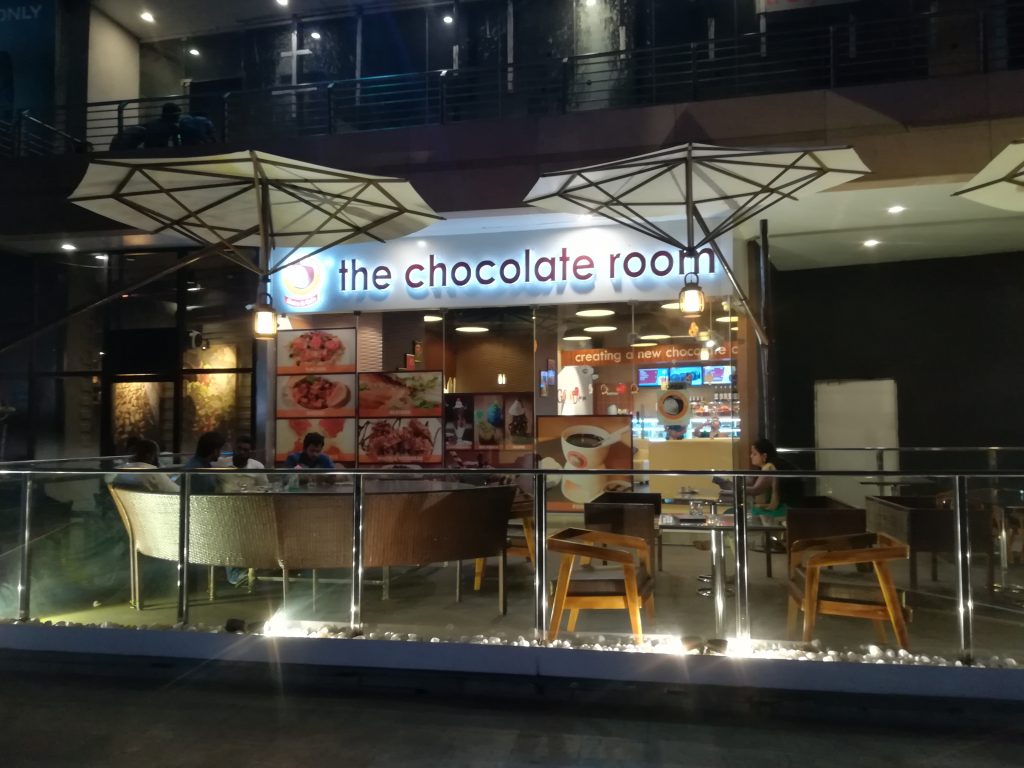 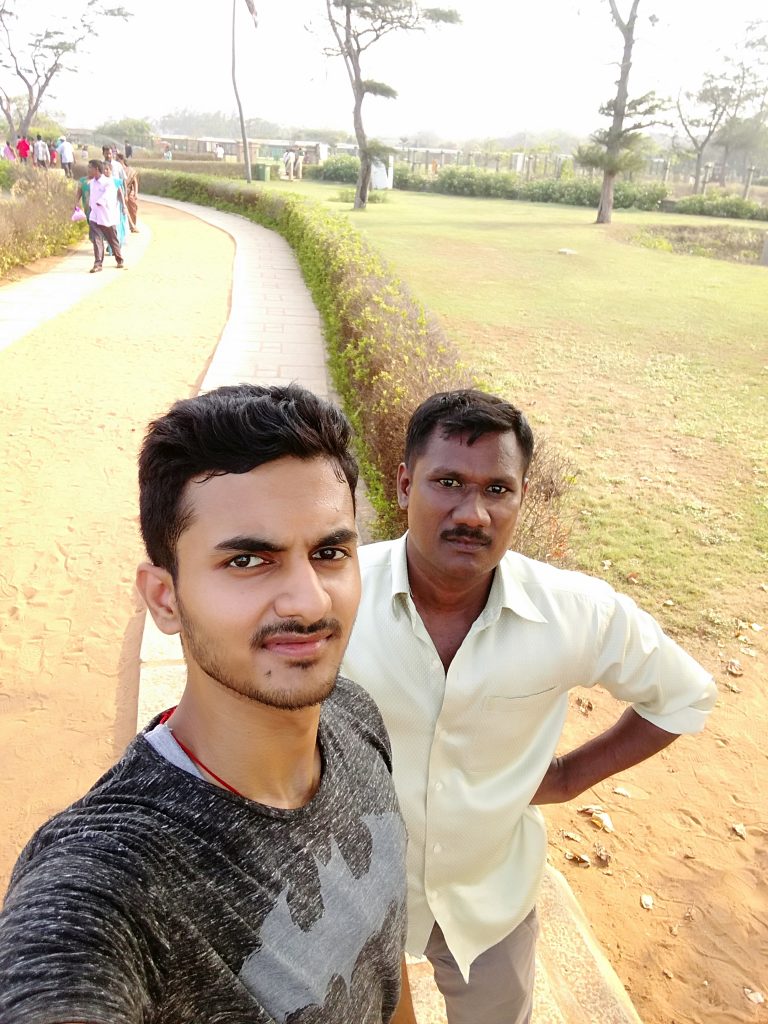 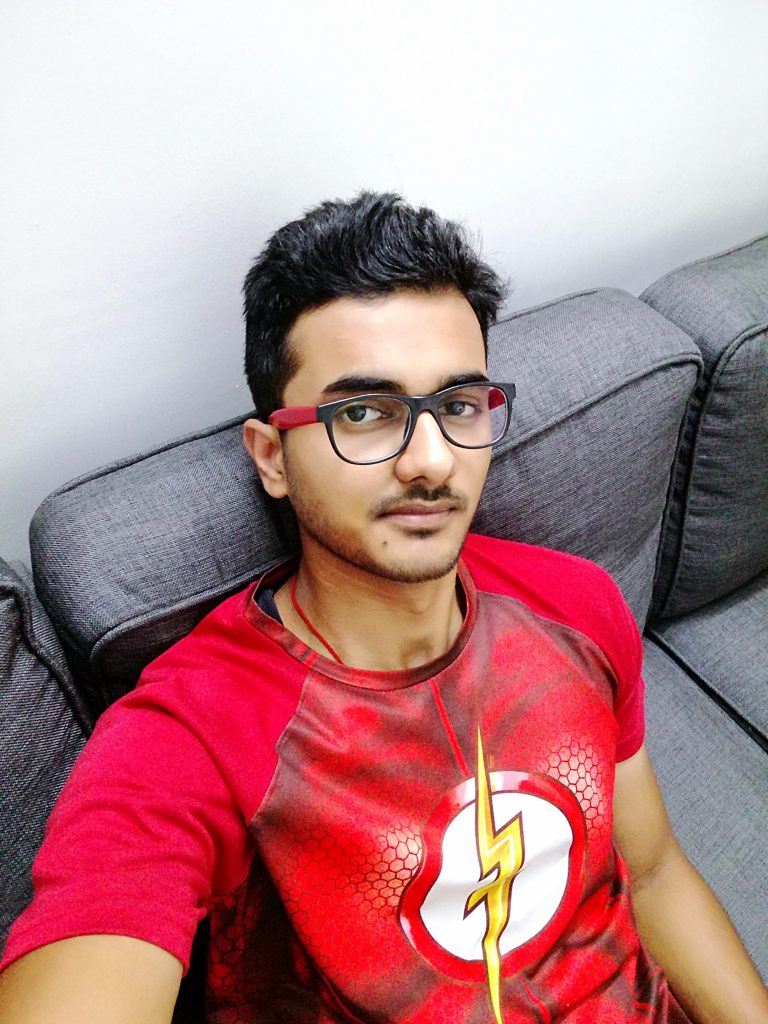 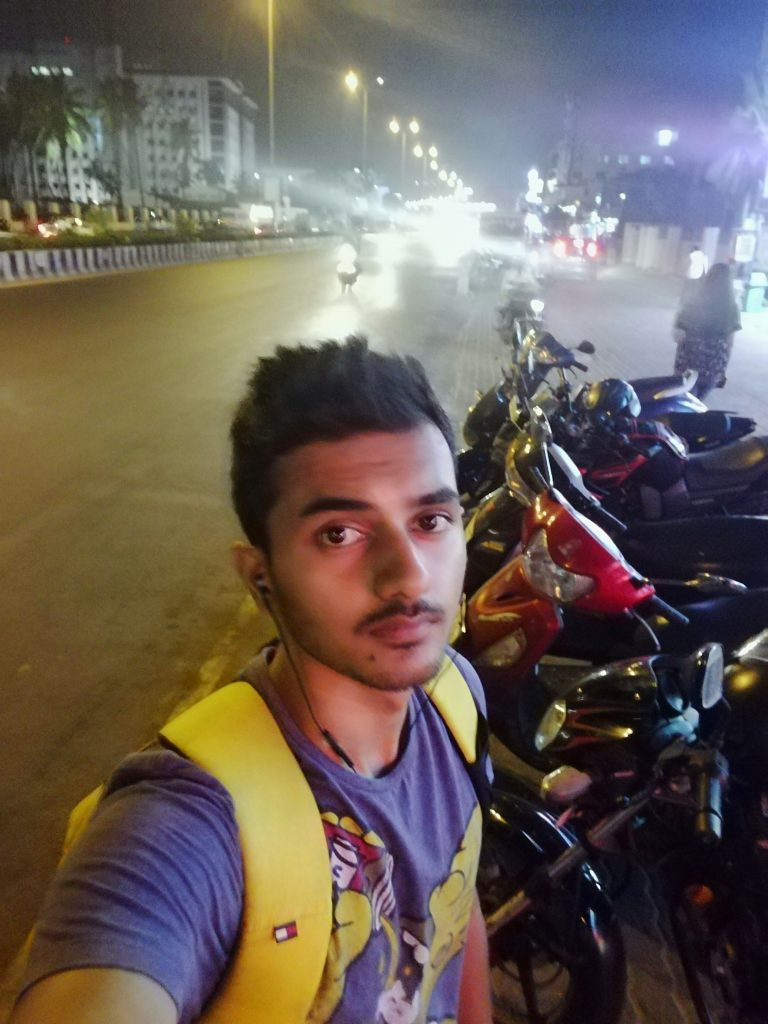 The Honor 8 Lite runs on Android 7.0 (Nougat) with EMUI 5.0 on top. Unlike other Honor smartphones running on Android 6.0 Marshmallow, this device comes with two home screen style — Standard (shows all apps on the home screen) and Drawer (shows all app on drawer screen). Also, you can choose several combinations of navigation buttons from the settings.

Under Smart Assistance app, you can turn on floating dock to access Back, Home, Recent tasks, Screen lock and One-touch optimization. The dock can be dragged to the left or right edges of the screen. Moreover, you also get voice control for quick calling using voice commands, and there are voice broadcasts for incoming calls when connected to the headset. Like other smartphones, it also has one-handed mode. There is also a scheduled power on and off option so you can turn off the phone during the night and turn it on in the morning to save battery.

Apart from Google app and utility app, it comes with some third-party apps like Hotoday, Flipboard, TripAdvisor, and Opera Max. Out of 4GB RAM, the user will get around 2.65GB of free storage and out of 64GB inbuilt storage, the user gets around 49.90GB of storage for files and other data’s.

The dialer and messaging UI is similar to that of other Honor smartphones with an option to choose any one SIM card. It comes with Huawei Swype keyboard in default. But I later changed to Gboard, which I am comfortable with. The call quality is good and we did not face any call drops and earpiece volume was loud as well.

It has a usual set of connectivity including 4G VoLTE, Wi-Fi 802.11ac (2.4GHz and 5GHz), Bluetooth v4.2, Wi-Fi. It has 4G connectivity with support a lot of bands and also has Voice-over-LTE (VoLTE) support for Reliance Jio. 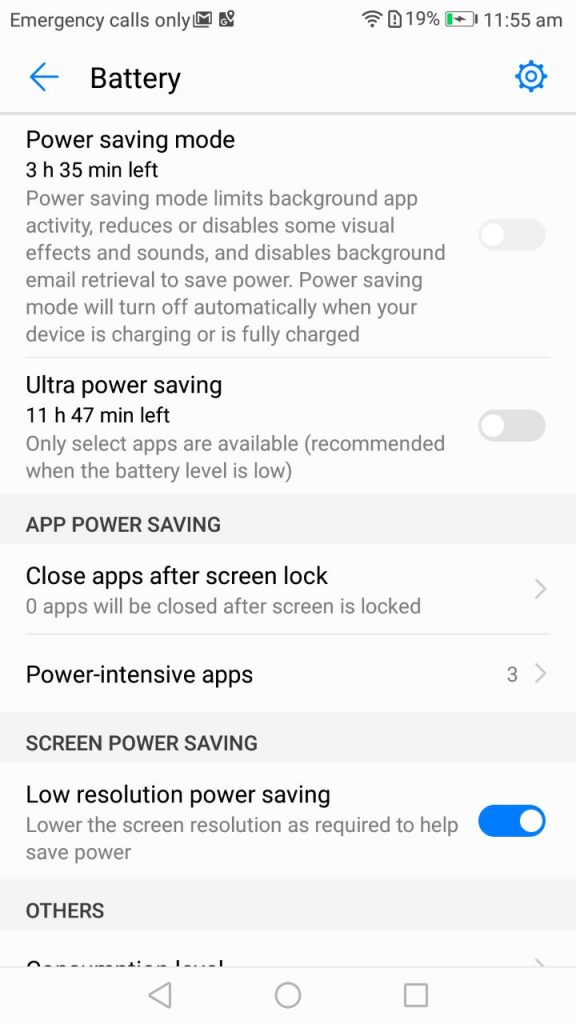 The Honor 8 Lite comes powered by a 3000mAh battery without any fast charging technology. This phone will get heavy users through an entire day of use easily without any hassle. However, on the downside, it takes around 2 hours to charge from 0 to 100%. 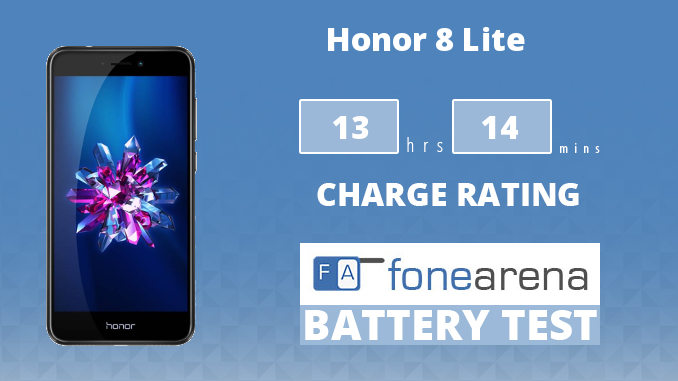 It achieved a One Charge Rating of  13 hours and 14 minutes in our battery test. Check out the complete set of results here. 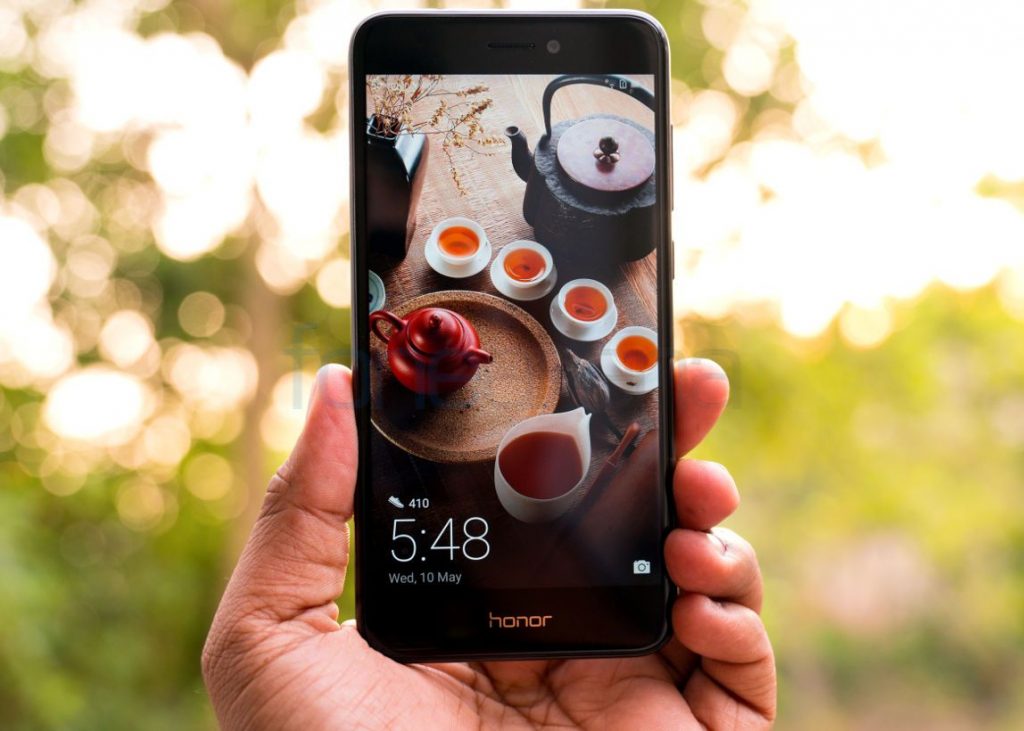 As an overall package, 8 Lite is yet another quality outing from Honor followed Honor 8 and 8 Pro. This device has a mix of everything including a decent processor, good camera, bright display and of course the admirable design. It checks off all the boxes to be a potential mid-ranger. Having said that, it is placed a bit higher in terms of cost for its package. Adding few extra bucks, you can get Honor 8 itself with dual camera setup if not below Rs. 17,990, there are lots of options available as well.