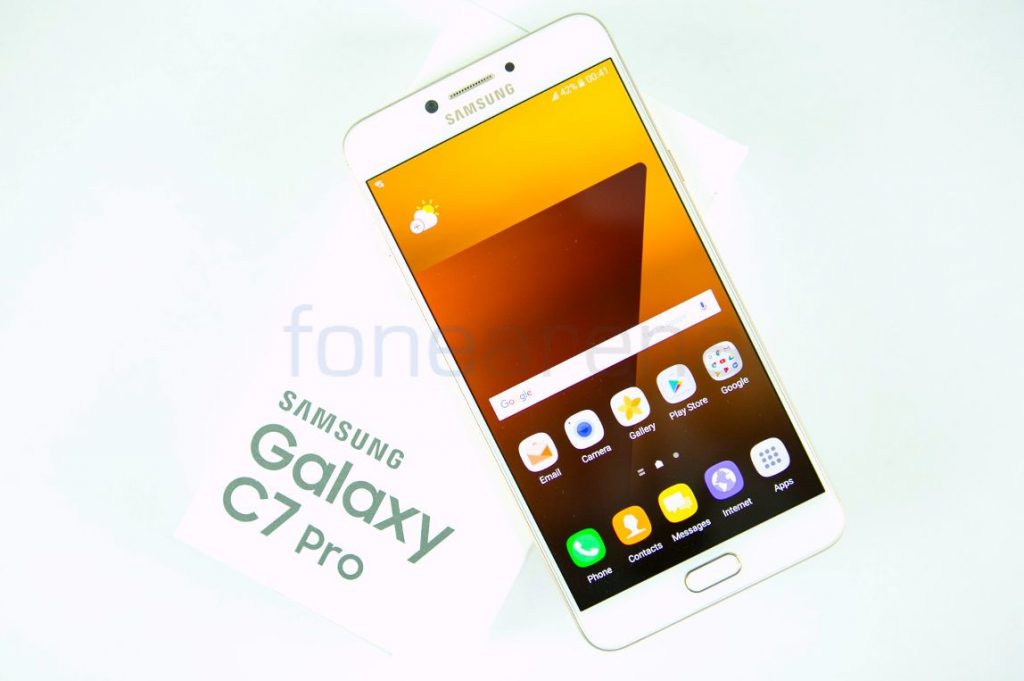 While some handset makers concentrate on specific range market, Samsung has learned the art of balancing between the High, mid and low ranges of smartphones. Having said that, the company also launches smartphone under Galaxy A and C series, which fills the space in between mid to high-end range. This exact space between the two ranges gives you the blend of performance, quality and premium look at low-cost. So, this is what the new Samsung Galaxy C7 Pro is all about.

We’ve already unboxed the phone in our studio. Do check it out here. 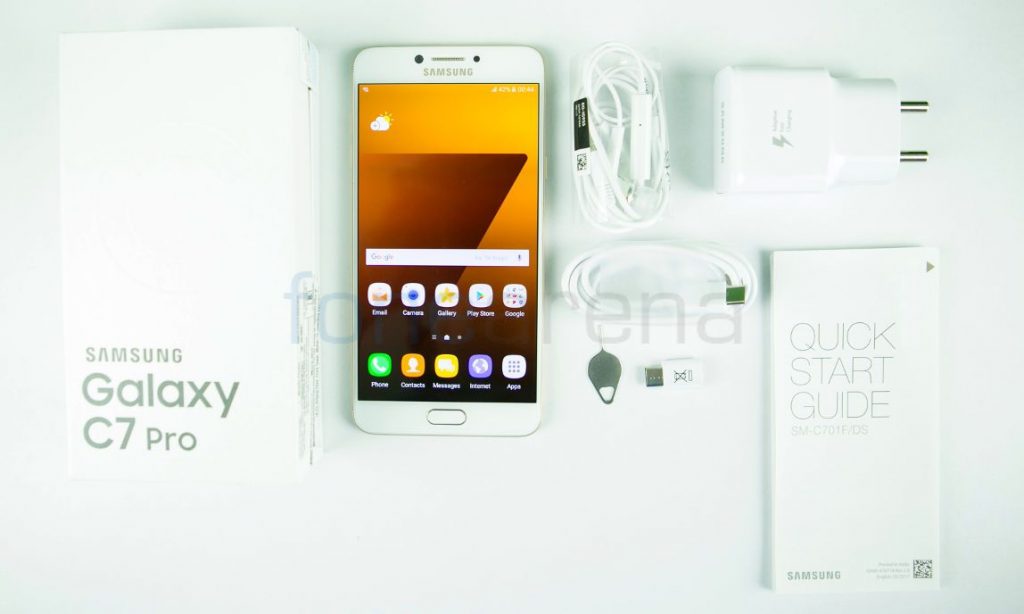 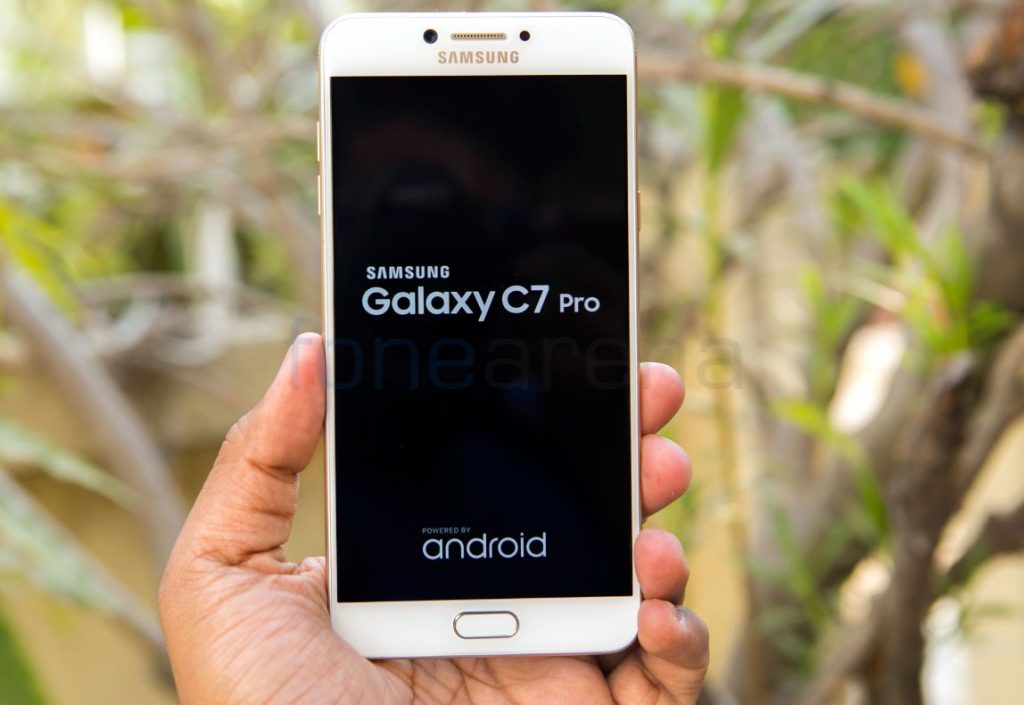 The Galaxy C7 Pro flaunts a 5.7-inch (1920×1080 pixels) Full HD Super AMOLED 2.5D display with Corning Gorilla Glass 4 Protection. The display remains same as its predecessor with similar screen-to-body-ratio and pixel density. As the display is glossy, there are bright chances that it attracts fingerprints. Talking about the display, it is bright with good color reproduction and the sensitivity is good as well. The contrast ratio is also good as you would expect from Super AMOLED display with deep blacks.

This device also comes with ‘Always-On-Display’ as well, that manages to show information when the device is in standby. Under the screen modes, you also get various option including Adaptive display, AMOLED Cinema, AMOLED photo and Basic. Moreover, it comes with Standard mode (default) and Easy Mode. The Easy mode lets you use the device with a simple layout and large font size. Apart from this you also get an option to turn on/off the Blue-light filter that reduces eye strain by limiting the amount of blue light emitted by the screen.

Jumping to the hardware, the front side of the device houses an ear piece, 16MP camera as well as the ambient and proximity sensor above the display. Compared to Galaxy C7, Samsung has added an extra gyroscopic sensor in this edition. And just below the display, we have the home button with fingerprint scanner integrated into it along with two capacitive buttons on either side. Turning it back, we have a 16MP rear camera accompanied with dual tone LED flash. And under the module, we have the Samsung brand logo as well. It also has antenna bands with three thin stripes on top and bottom of the device extending to the side edges. Furthermore, the Galaxy C7 Pro has power/lock button, Hybrid Dual SIM (nano+nano/microSD) on the right, Volume rocker to the left, secondary microphone on the top and 3.5mm audio jack, primary microphone, USB Type-C port and speaker grill placed right next to each other.

Moving on to the design, the Galaxy C7 Pro looks stunningly similar to its predecessor, with few refinements on the camera module and antenna bands. The Galaxy C7 Pro comes in a unibody design with chamfered edges. It is sleek, compact and definitely has a premium look too. Even after taking 5.7-inch display in consideration, this smartphone doesn’t feel big or heavy in my hand, thanks to designers. The back of the device is a bit curvy, giving us comfortable grip without giving a chance for slipperiness. 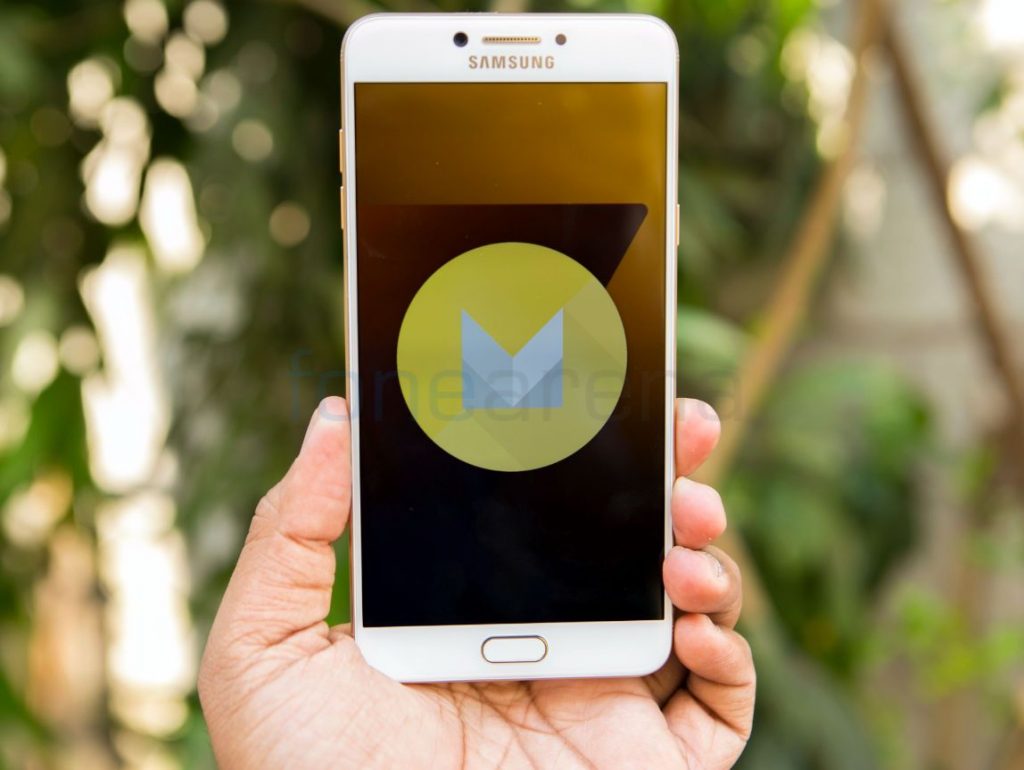 The Galaxy C7 Pro is shipped with Android 6.0.1 out of the box with Samsung’s on flavor on top of that. Just like other Samsung smartphones, you can launch dialer and camera from the lock screen.

The drop-down notification bar has several toggles and lets you customize the row accordingly. It also has brightness slider with a toggle and a search bar to scan nearby devices. There advanced features option has one-handed operation mode to easily reduce the screen size by pressing the home key three times and there is also one-handed input in the keyboard, lock screen for entering unlock pattern and in the dialer. Smart alert makes the phone vibrate when you pick it up to notify you about missed calls and messages.

Easy mute lets you mute incoming calls and alarms by turning the device over. Smart Stay on the other hand keeps the screen ‘ON’ while you are looking at it. It also has the S bike mode. Once you activate the mode, a pre-recorded message informs the caller that you are currently riding a bike. If the call is urgent, the caller can choose to press 1 to get through. 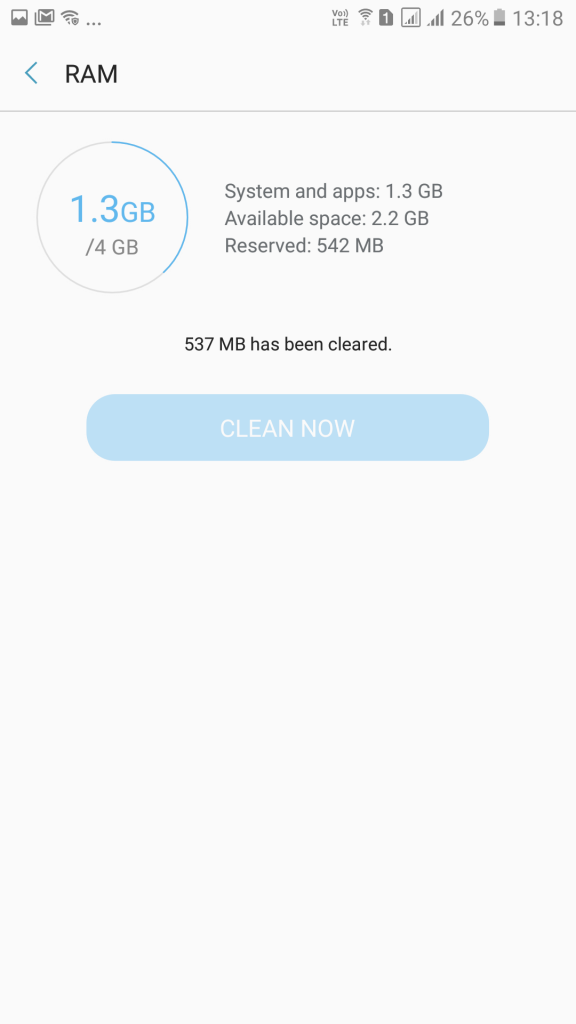 Out of 4GB of RAM, the user will get around generous 2.1GB RAM out for processing apps and out of the 64GB, the user will get around 45.6GB of free space for data storage. In case if it’s not enough, you can also expand the memory through MicroSD card. The Galaxy C7 Pro comes with a usual set of Google app, it comes with a bunch of Samsung’s native apps, Facebook, Opera Max and Microsoft apps as well. 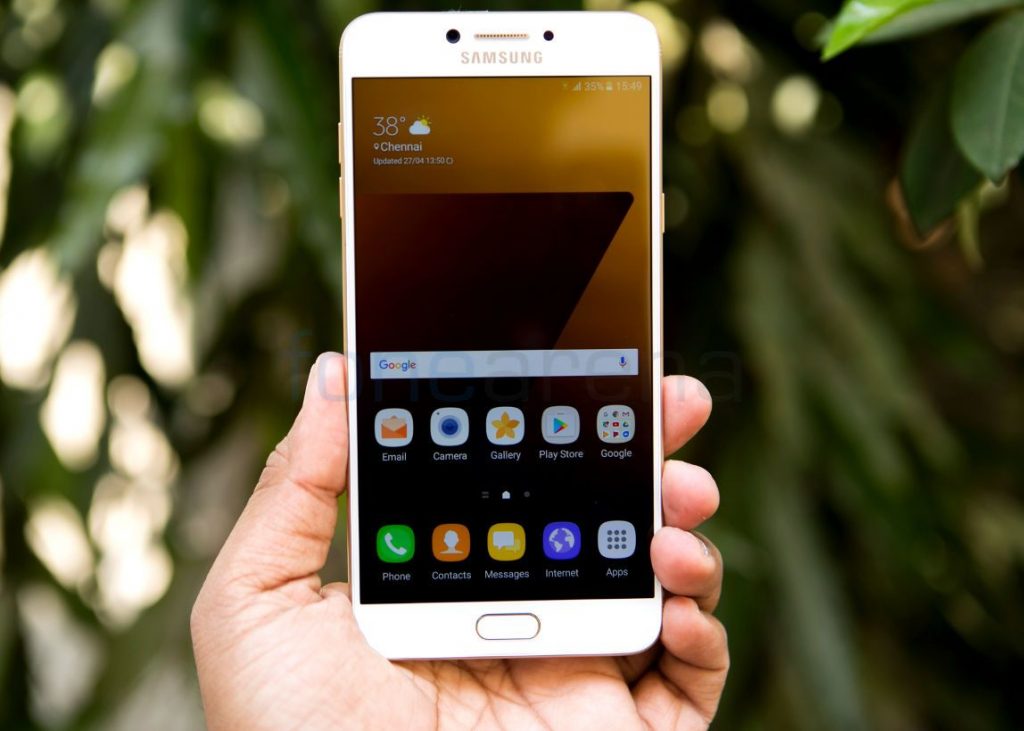 Moving on to the performance, the Galaxy C7 Pro gives you a smooth performance on the whole, with the help of Qualcomm Snapdragon 626 14nm processor with the help of Adreno 506 GPU taking care of gaming performance. Having said that, I experienced a bit of lag during texting, when I switched from one app to other, which is exactly Google Maps to WhatsApp. However, this shouldn’t be an issue as I faced it very seldom during my usage. We did not face any heating issues during 4G usage or gaming, which is indeed neat. 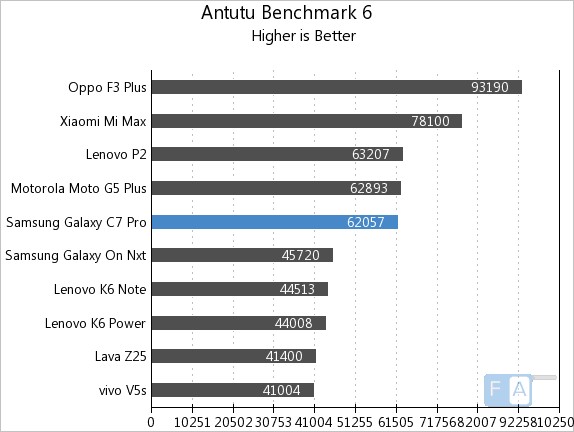 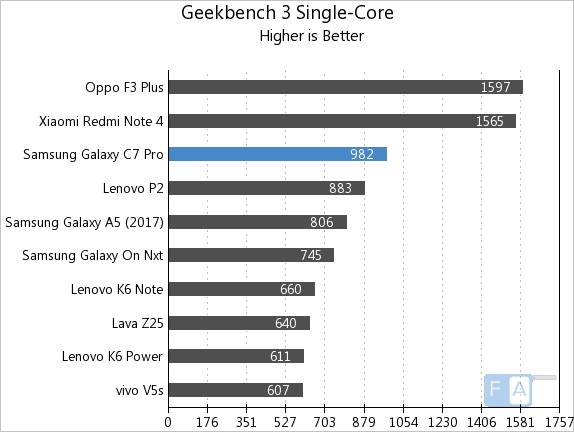 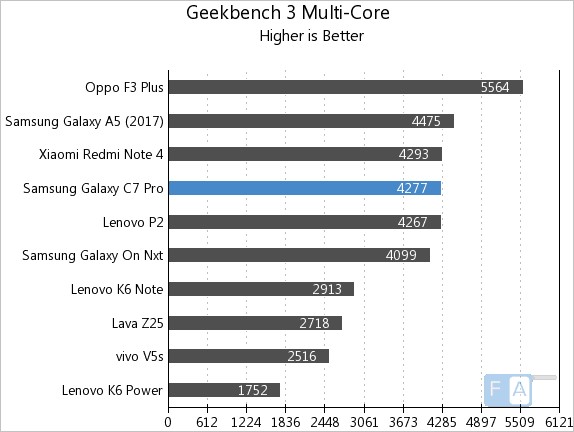 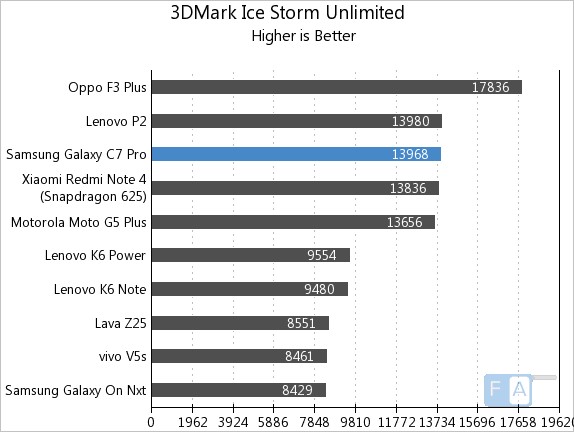 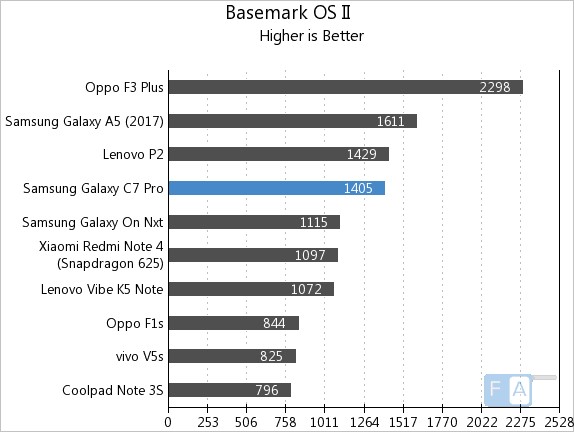 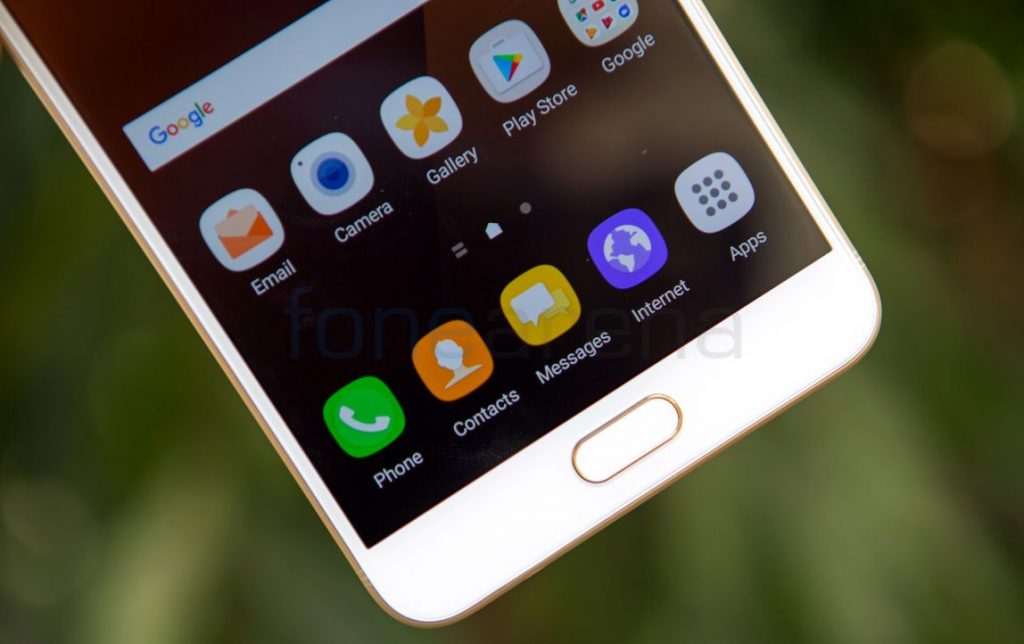 The phone has a fingerprint sensor built into the home button and it is fast to unlock. It doesn’t respond, when your finger is dirty or moist, so make sure you wipe your finger clean and place it on the scanner.

You can also use the fingerprint for Samsung Pay in some markets where the service is available. 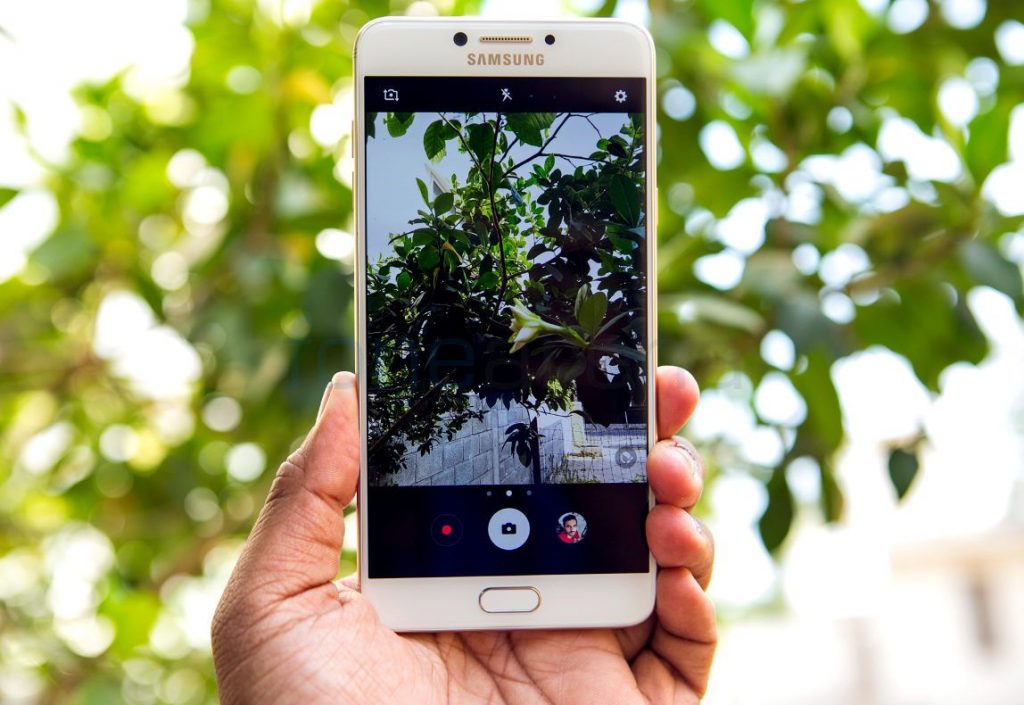 The Samsung Galaxy C7 Pro sports a 16MP camera on both rear and front with f/1.9 aperture. The dual tone LED flash is present only on the rear side, leaving out the front. The UI remains simple just like other Samsung phones without any complications. When opened, the camera apps has a flash toggle, Gallery, video record and image capture toggles, selfie camera toggle and several modes (Auto, Pro, Panorama, Hyperlapse, HDR, Night, and Food). Also, there is an option to select the filters as well. Settings option lets you access the picture size, video size, timer, Location tags, Quick launch, voice control and much more.

During our real-world usage, the photos are admirable under daylight condition offering more details. The photos are crisp and intact. However, just like other smartphones, Galaxy C7 Pro also sucks under low light condition giving away too much noise. The front camera, on the other hand, performs well for selfies and video calling. Here are some of the picture taken from Galaxy C7 Pro.

Check out some camera samples below. (Click the image to view the full resolution sample). 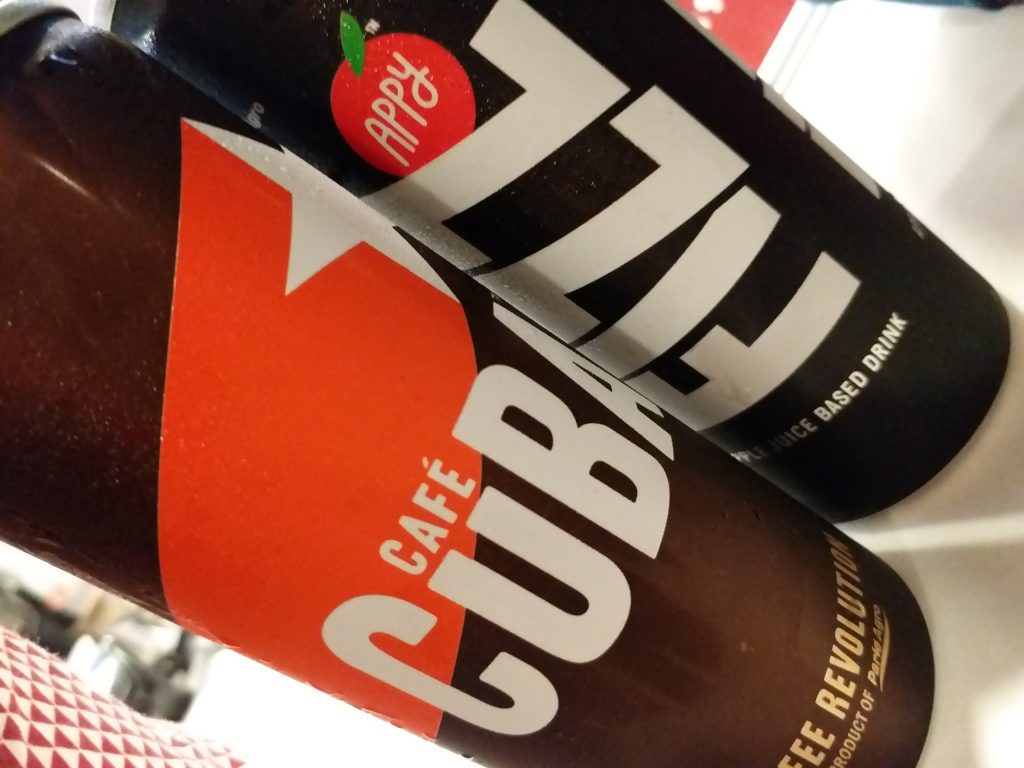 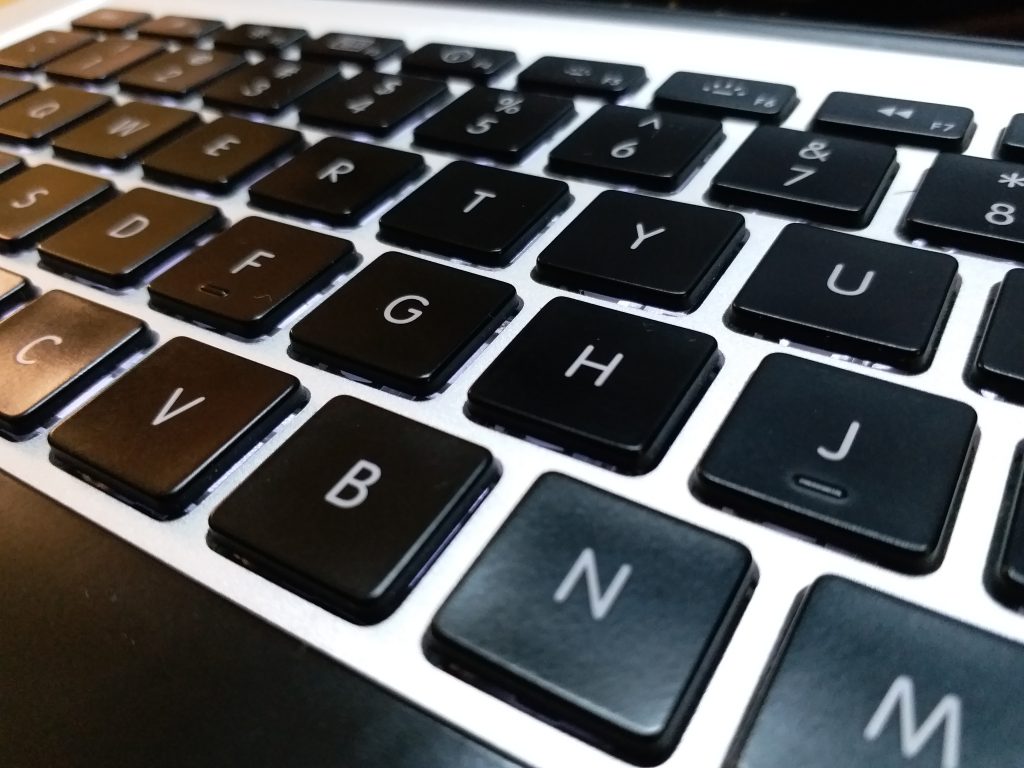 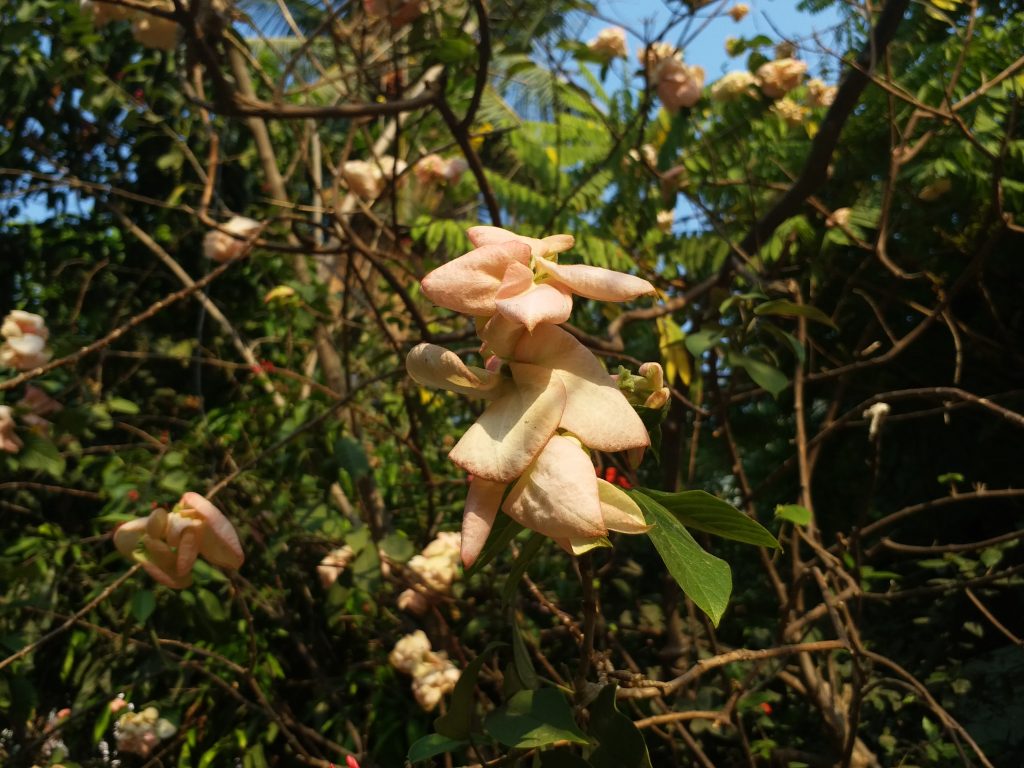 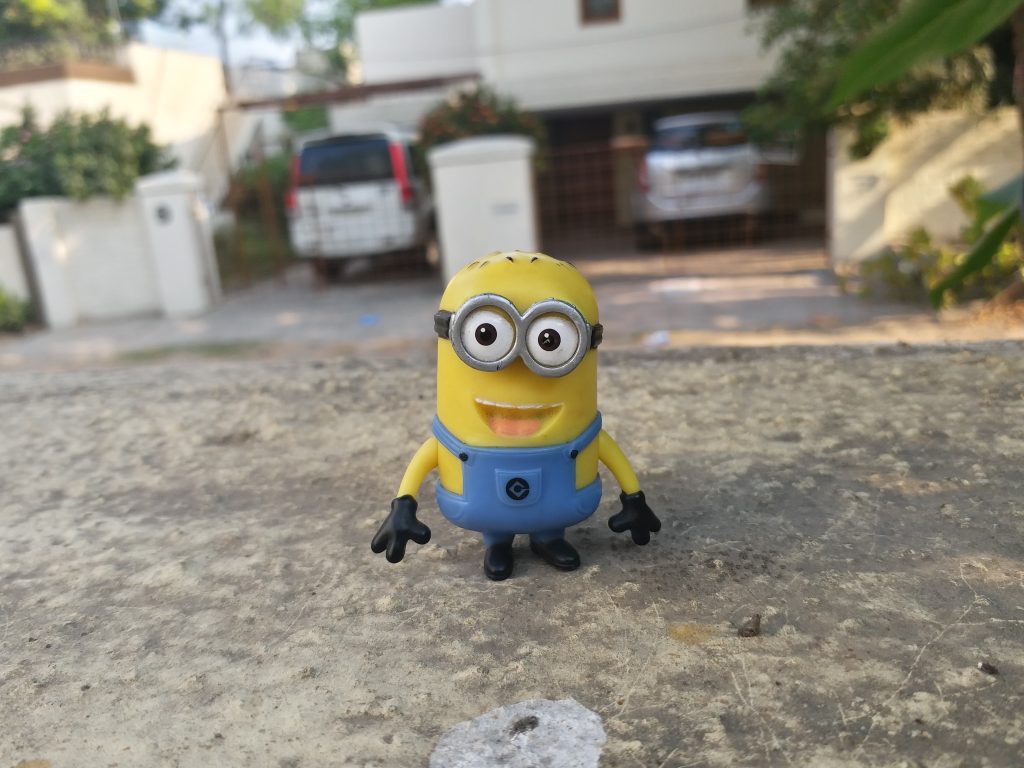 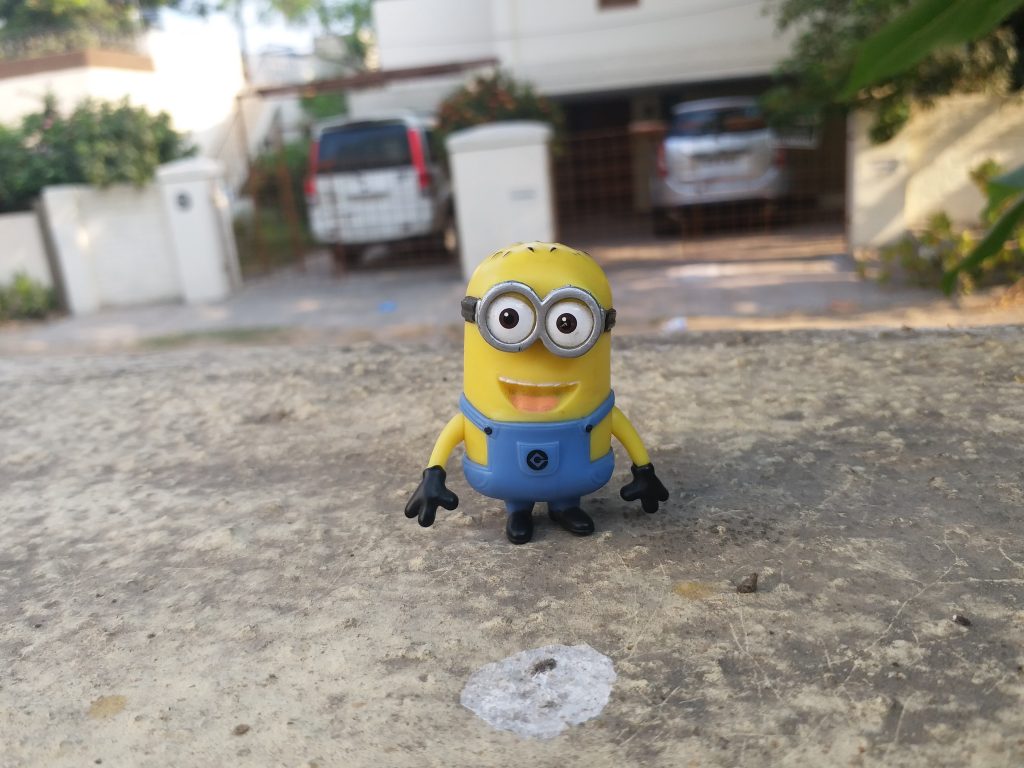 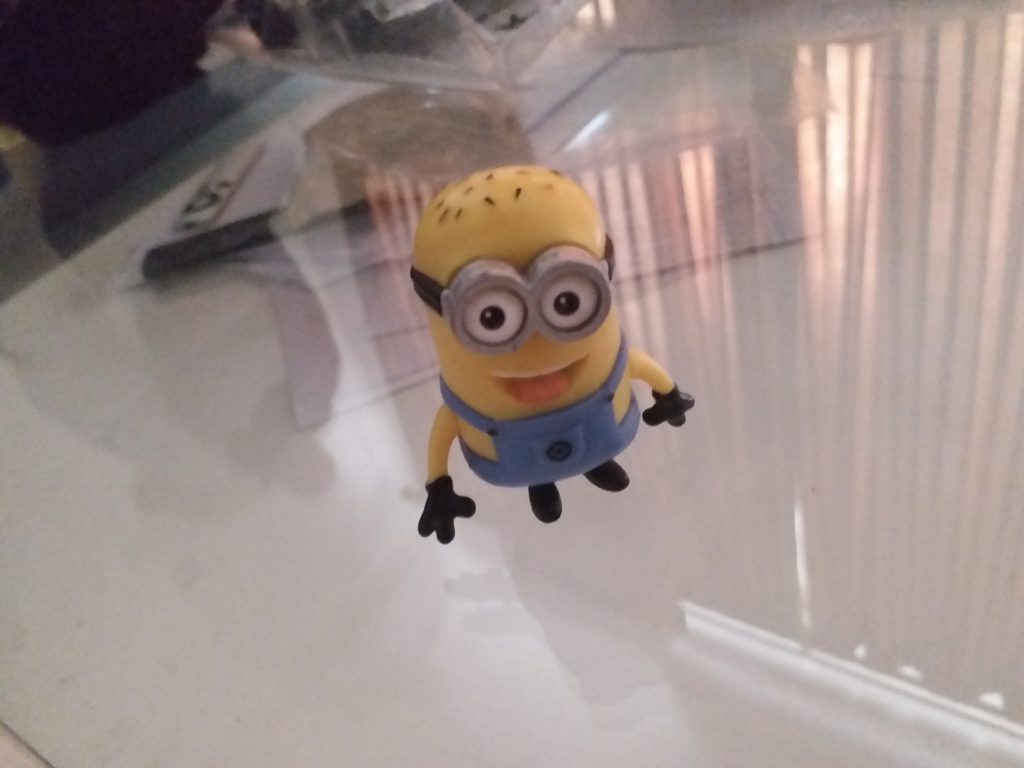 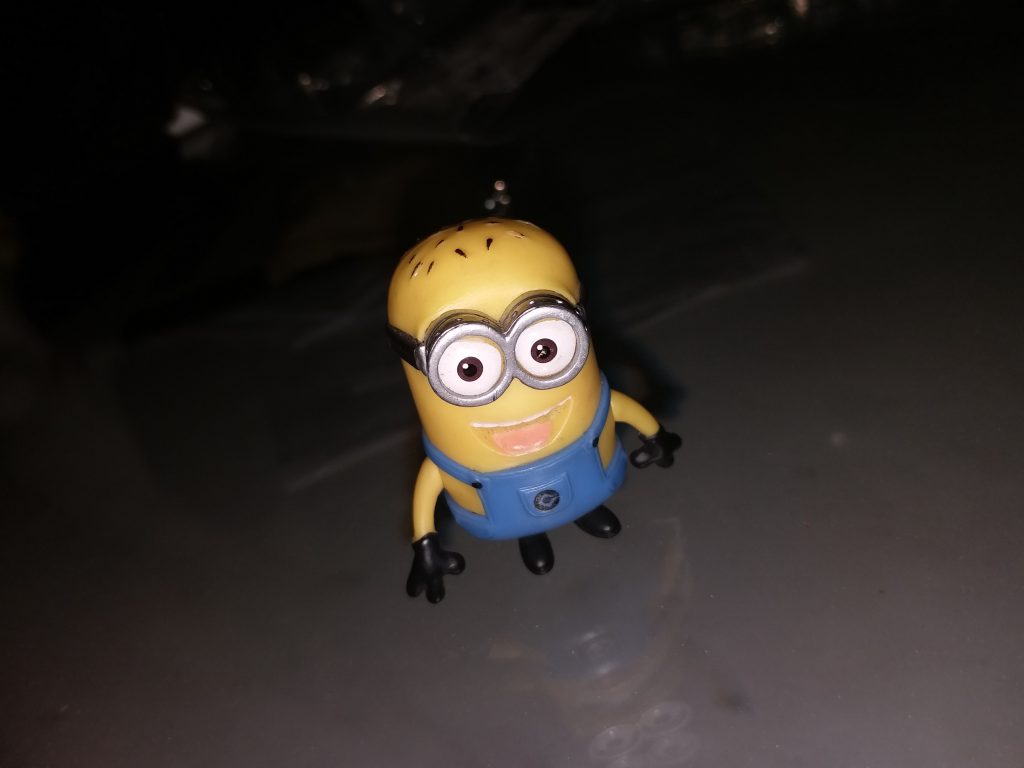 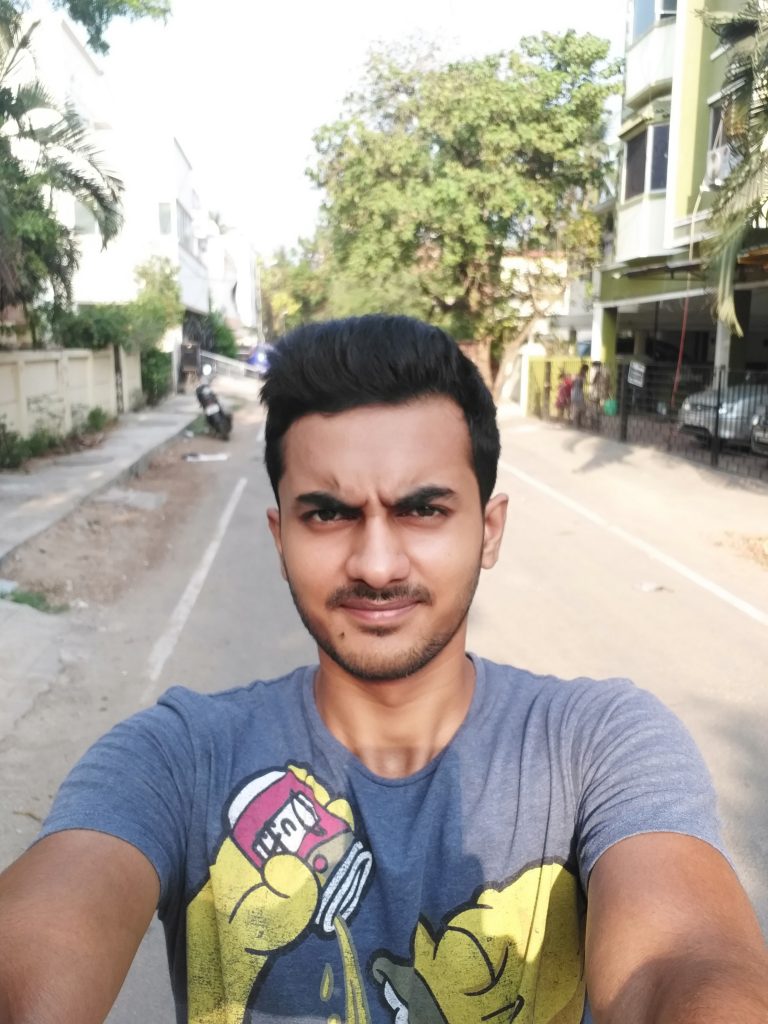 Dialer and messaging UI are similar to other Samsung smartphones running on Android Marshmallow. You can set preferred SIM for a voice call, text and data from the SIM card manager. As usual, it has Smart Dual SIM feature, similar to other latest Samsung Dual SIM smartphones. This automatically forwards calls from the phone number on SIM 2, even if a user is on the phone with SIM 1’s number. There are no call drops and the earpiece volume is good. 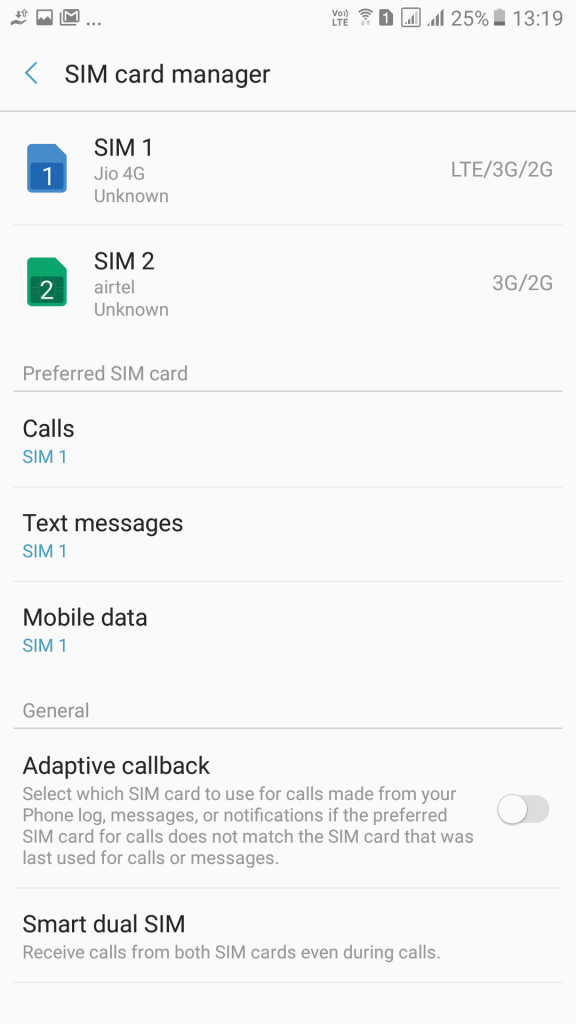 It has a usual set of connectivity including 4G VoLTE, Wi-Fi 802.11ac (2.4GHz and 5GHz), Bluetooth v4.2, NFC, USB Type-C. It has 4G connectivity with support a lot of bands and also has Voice-over-LTE (VoLTE) support for Reliance Jio. 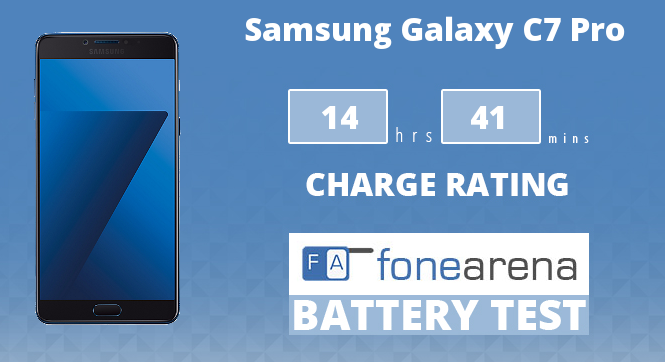 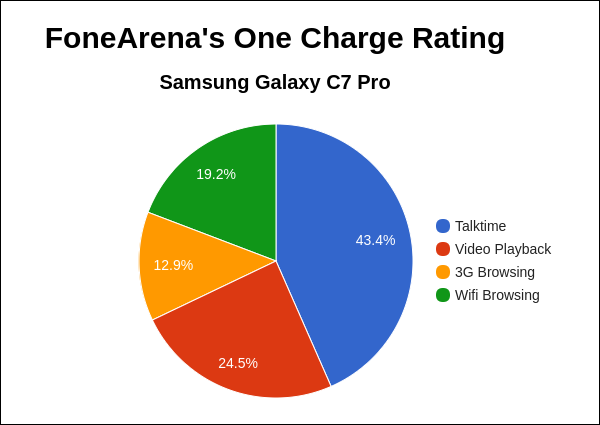 In our one charge rating, the Galaxy C7 Pro achieved around 14 hours 41 minutes. Also, it takes about 1 hour 23 mins to get fully charged from 0 to 100% with fast charging with technology. Check out the complete set of battery life test results here.