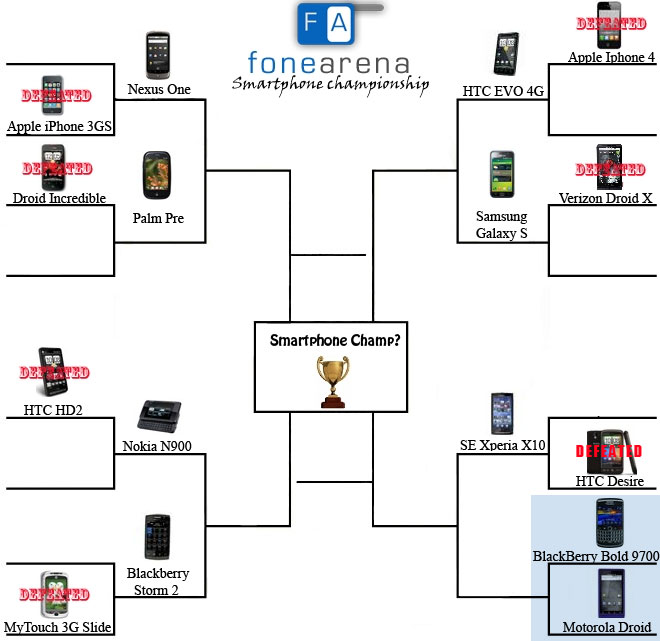 The next match in our Smartphone Championship is underway now. The Sony Ericsson XPERIA X10 won the last match by getting 63% of the votes againtst the HTC Desire.Apologies for the delay and we are thrilled that so many of you are following our Championship closely . This match is between the BlackBerry Bold 9700 or the Bold2 VS Motorola Droid.

The Blackberry Bold 2 is one of most impressive Blackberrys so far and the Motorola Droid was Time Magazine’s Gadget of the year 2009 and was a huge hit.

Vote for your favorite phone now !

Who will take on the SE Xperia X10 in the next round ?