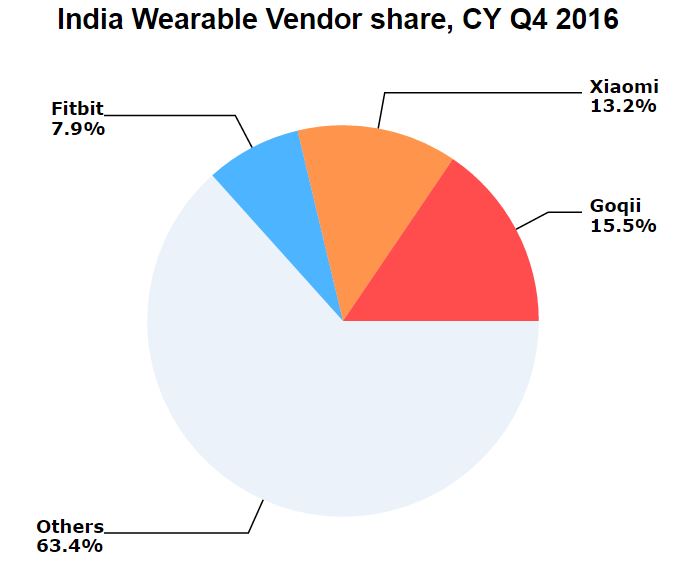 In Q4 2016 alone there was a shipment of 675k including smart wearables capable of running 3rd party apps and ones that can’t. This was a decline compared to Q3 where sales were higher due to the festive season.

Sub 50$ category continues to be the dominant one which accounts for 73% of all shipments in Q4 2016. The two primary vendors in this segment, Goqii and Xiaomi have a share of 15.5% and 13.2% respectively. Xiaomi was previously in the first place but now Goqii has taken the lead.

The primary targets being first time buyers who are testing the waters with these low cost solutions. Although most of the sales took place online, premium wearables such as Garmin, FitBit and other smartwatch vendors also get sales through the offline channels.