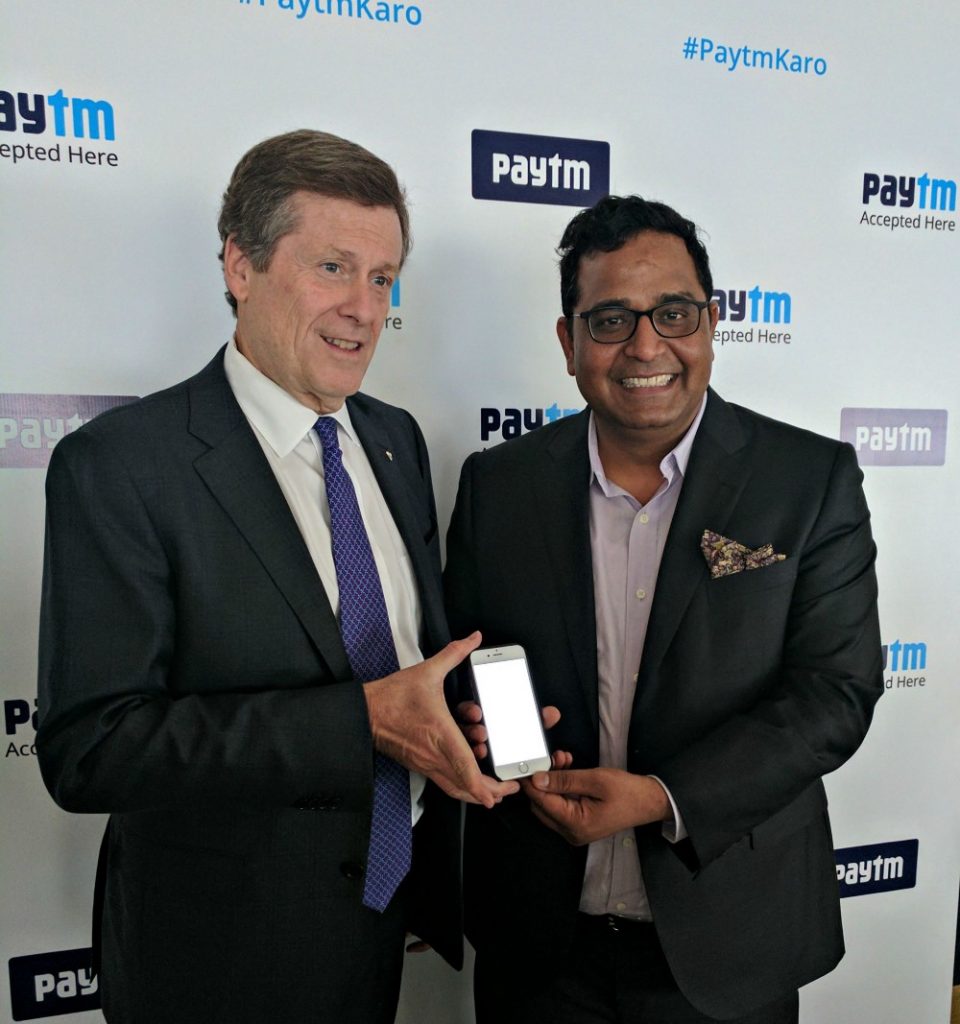 Paytm has gone global. The home grown digital payments app and commerce company has launched in Canada. Users in Canada will now be able to pay for their cell phone, cable, internet, electricity and water bills using the new Paytm Canada app. They can also use it to pay insurance and property taxes. 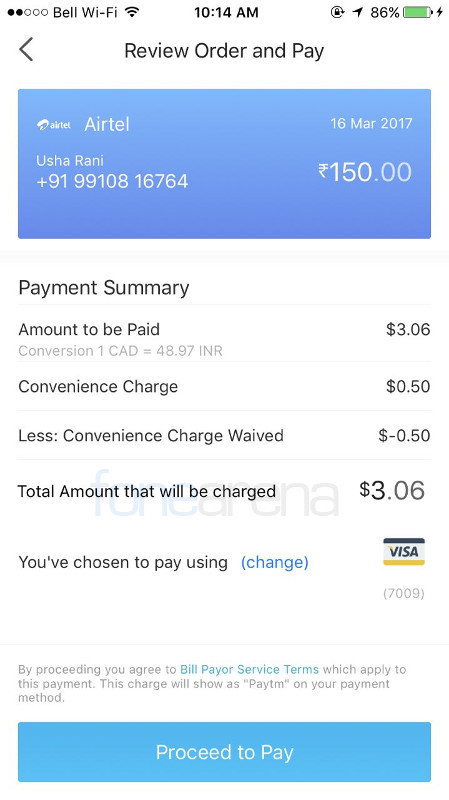 The Paytm Canada app is available on Android and iOS. Paytm said it started out in Canada in 2014 as a two-member team in Toronto, and now the Paytm Labs has team of 55 members which includes Software, Data and Machine Learning engineers. Harinder Takhar, CEO – Paytm Labs will head the Canada business.

Paytm Canada app will offer bill reminders that show up 10 days prior to the estimated due date. The company said it will soon expand its services by add a full lineup of new use-cases to the app. The Android app listing of the Paytm Canada app says in case of Indian Postpaid Mobile bill payments, payments are processed within 2 to 3 hours.

John Tory, mayor of Toronto, was present at the company’s Noida headquarters at the time of the announcement.