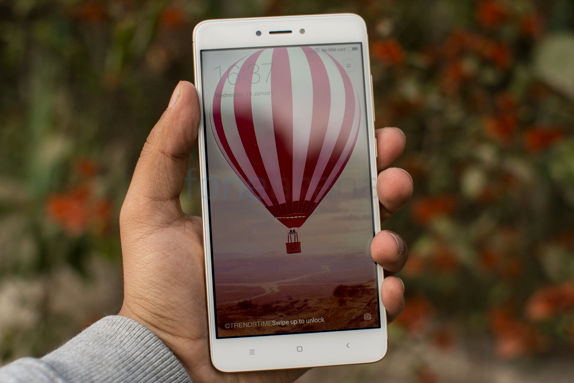 Xiaomi launched the Redmi Note 4 smartphone in India in January and started selling the smartphone exclusively on Mi.com and Flipkart from 23rd January. It recently said that it sold more than one million units in less than 45 days, making it the fastest selling smartphone in India till date.

Today Xiaomi has announced that the smartphone will be available in offline markets in North region and large format retailers (LFRs) across South region. It will be available from LFRs from 18 March 2017 and across offline stores in Delhi, Jaipur and Chandigarh from 22nd March onwards.

This is not the first Xiaomi smartphone to be available offline. In October last year the company launched the Redmi 3S+, a variant of the Redmi 3S for offline market.

It has started pre-orders for the smartphone from 14th till 17th March across LFRs and from today, 16th March till 21st March through offline stores. Redmi Note 4 would be available in over 700 large format retail stores of Sangeetha, Poorvika, Lot Mobile and BigC and over 1500 offline mom n pop stores across Delhi, Jaipur and Chandigarh.

To pre-order, a customer can walk into any of these stores and book a device with a advance payment of Rs. 1000. The customer can then return to the same store to purchase the pre-booked device on launch day.

We spent 2016 building strong operations in our offline distribution and paving the way to bring innovation in our offline model. We started this with our direct to retail model, and with the introduction of pre-order, we are extending our innovation to everyone.