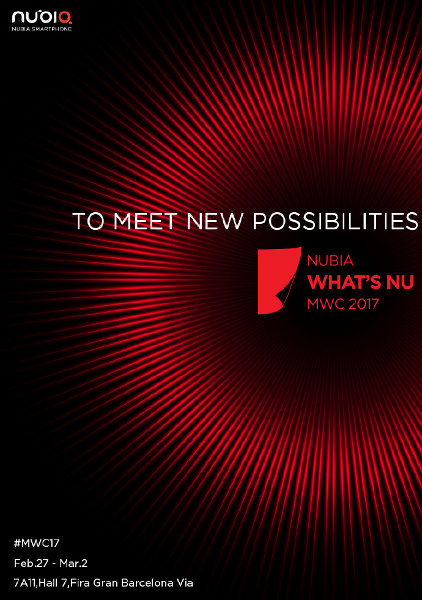 ZTE’s nubia brand today announced its presence at the Mobile World Congress (MWC) in Barcelona between February 27th and March 2. It will showcase its products at 7A11, Hall 7, Fira Barcelona Gran Via, but it has not announced a separate event.

At the IFA 2016 it announced the nubia Z11 smartphone for the international markets at the IFA 2016, which was launched in India in December. It is rumored to unveil the nubia Prague S2 smartphone, successor of the nubia Prague S that was introduced in China back in January last year and was showcased at the MWC 2016 in March. Since we had not seen any leaks about the Prague S2 we don’t know its specifications or how it would look.

Since the invite says What’s NU hinting at something new, there are chances we might see some new smartphone. We should know more details about nubia’s MWC 2017 plans in the coming weeks.