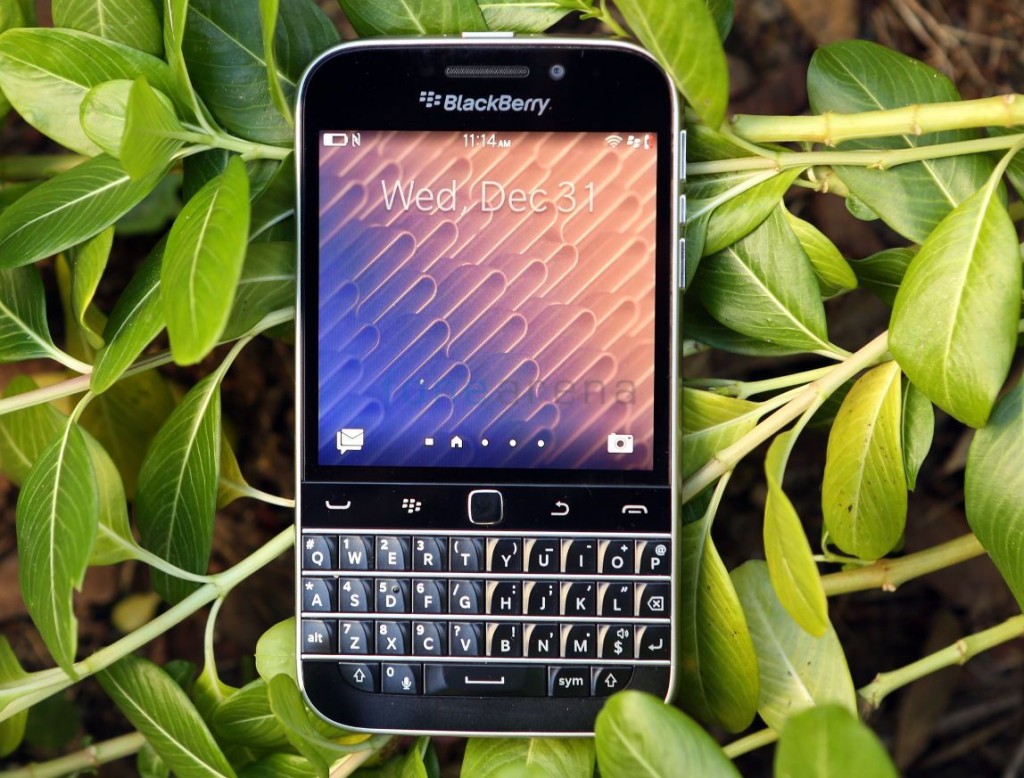 BlackBerry, a onetime leader in smartphone market is finally biting the dust. The Canadian smartphone maker’s global market share has landed to zero percent in Q4 2016, according to the latest report from Gartner. 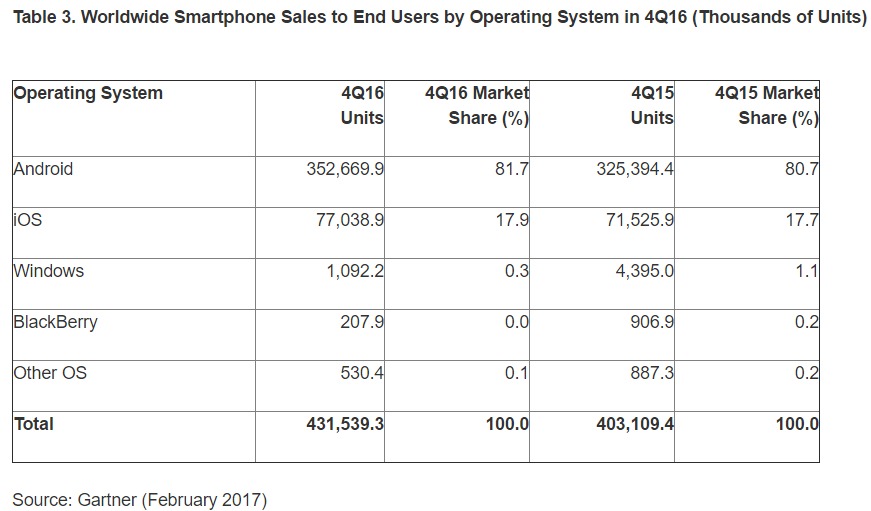 Out of more than 431 million smartphones sold in Q4 2016, just 207,900 were BlackBerry devices running its own operating system. In comparison, a total of 352.7 million phones sold were running on Android that resulted in a market share of 81.7%. In September, BlackBerry announced that it will end all internal hardware development and will outsource it to partners to focus on software development, including security and applications

The second spot was bagged by Apple iOS with while 77 million unit shipped in Q4, making up 17.9% of the market share. 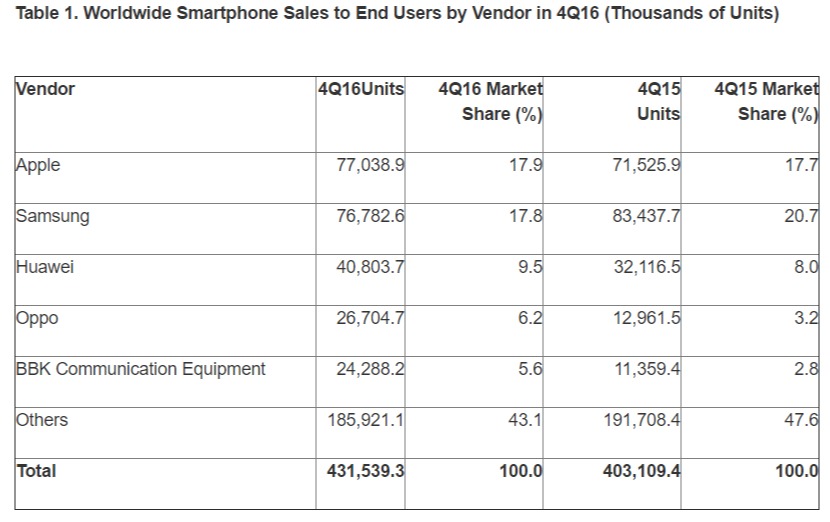 Huawei and OPPO took third and fourth spot with 9.5% and 6.2% market share respectively.