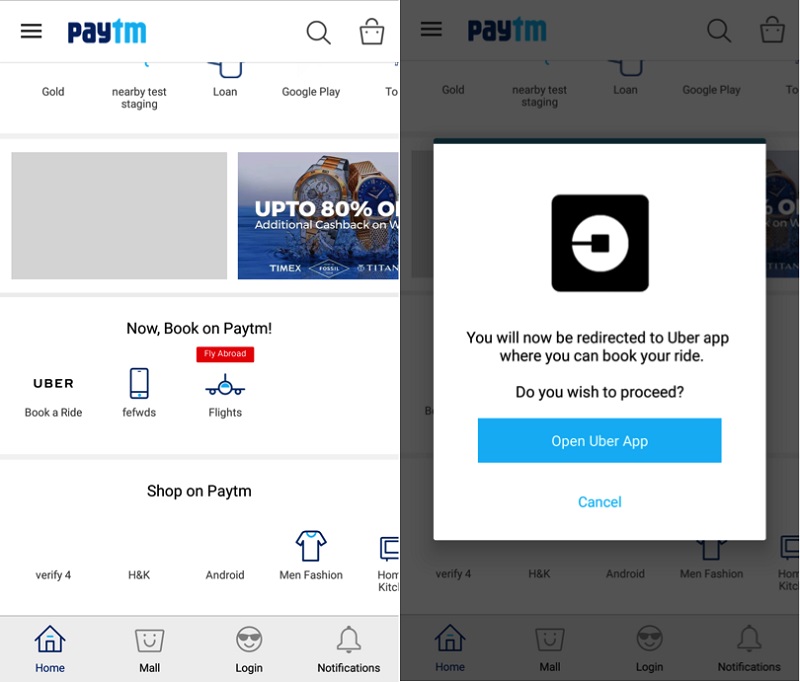 Uber and Paytm integration is going a step forward. The ride sharing service has teamed up with Paytm that makes it even easier to book a cab. Now users can book an Uber ride directly through the Paytm app from their current location.

After you tap on “book a ride” in the Paytm app, you will be redirected to Uber app. Last month, Google and Uber entered into a similar partnership which allows users to book an Uber ride directly from Google Maps. Uber and Paytm joined hands in November 2014 following which users could pay for the rides using their Paytm wallet. As a result of the integration, Uber is offering new users Rs. 50 off for first three rides by using promo code PAYTM17.