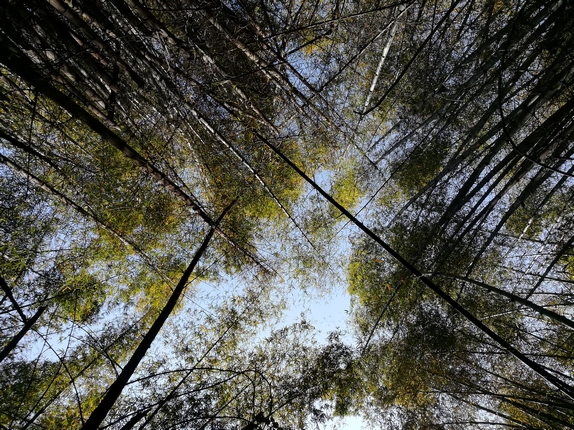 It is easy to talk about camera specifications and say that X Megapixels or a certain pixel size and sensor size would yield certain results. However, a real life scenario is where the smartphone camera is actually put to the test and what better way to put a phone through its paces than a photowalk. We took a stroll along various locations and tried to capture the scenery and the objects in whatever best way we could with the Honor 6X to see just how well it fares. Let’s take a look.

We will be taking a look at the photos that were taken on this photowalk in detail to see how it fares in different situations and what modes or settings were used to capture the photos. It is also important to note that these photos are untouched as such and tweaking it further will produce even more impressive results that you can show off on your social networks.

Feel free to click on any of the photos for the full resolution samples and view the EXIF information yourself.

The title photo for this post and the photo below were shot in HDR mode. These photos show the kind of dynamic range that can be achieved with the Honor 6X. The highlights are perfectly exposed and a great amount of detail is resolved from the shadows as well. The sharpness is really good and there is a lot of detailed resolved which means that it will remain pretty usable even after cropping in to reframe. 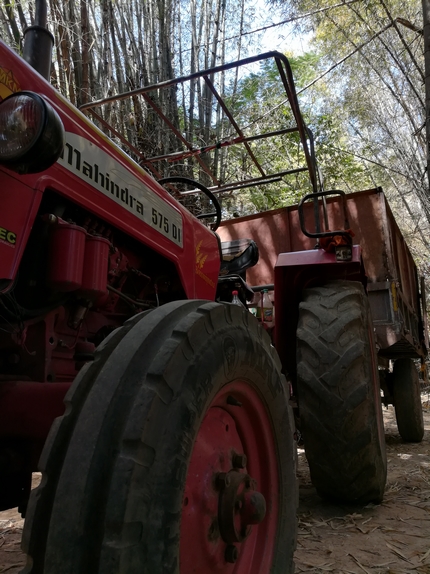 Another important thing is how the colour is processed. The colours on the photos taken with the Honor 6X are quite natural looking yet pack a punch and aren’t over saturated or under saturated as is the case on most phones. Take this shot for example, the green really stands out but not to a point where you feel its been over-edited or over-processed. 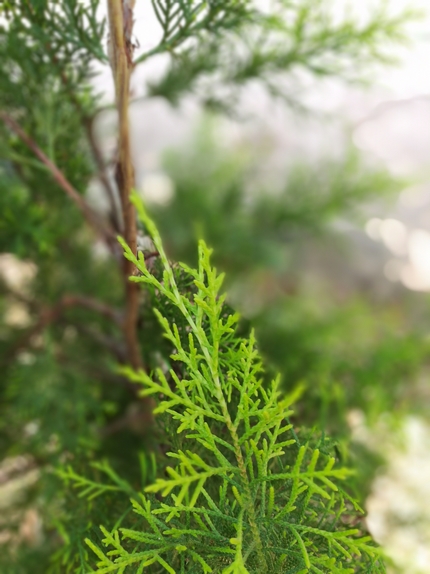 The colours on this photo too are beautifully done and the white balance is on point as well. Normally, phones tend to produce photos with either a greenish or yellowish hue but that isn’t the case here. It also manages to maintain a good balance between the various colours i.e red, yellow, green and blue without favoring one colour more than the others. 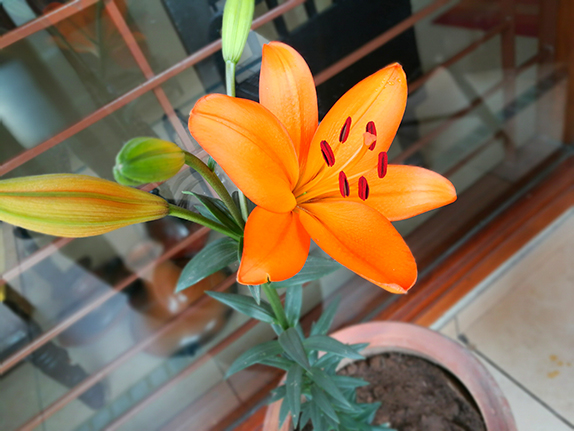 The main attraction of the Honor 6X is the ability to achieve depth of field effects as you would on a high-end camera or DSLR. Users can set the aperture to mimic depth of field all the way from f0.95 to f16. This can be used in different scenarios to different effects. 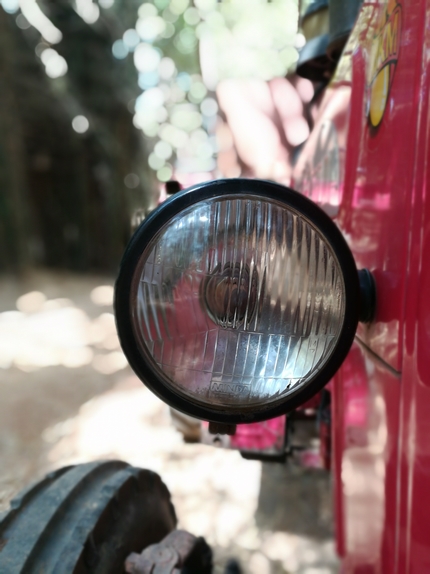 The above photo was taken with an f stop of f1 which results in creamy and smooth bokeh behind the point of focus which is the light in this case. While, you can still see the colour of the tractor in red, the shallow depth of field helps to create a dreamy feel which wouldn’t have had the same effect without a dedicated depth sensor. 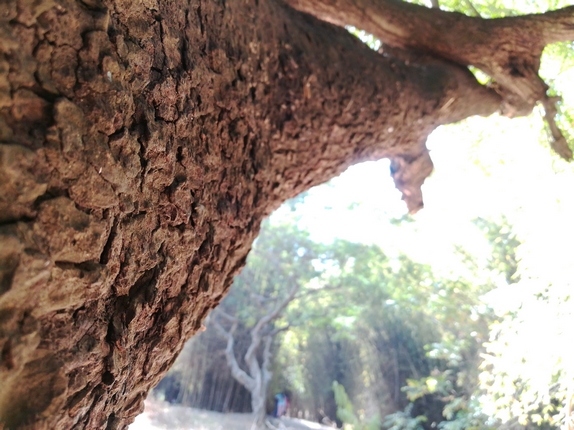 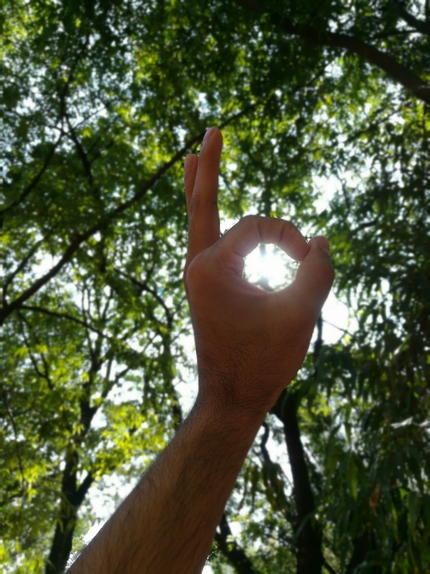 The same applies to this photo which was shot at f11. A regular phone would not have been able to capture this much details in the background considering how close the hand which is the point of focus is to the camera. 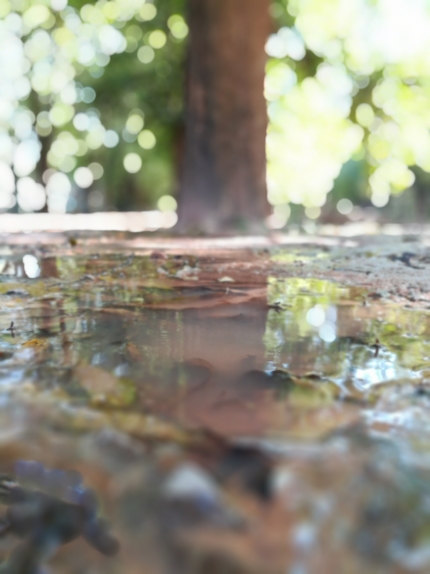 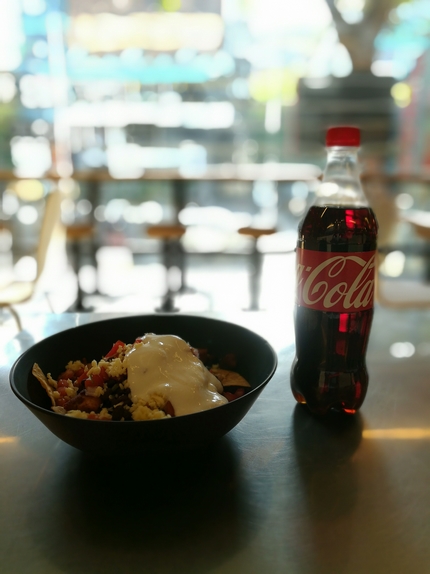 You can also create interesting effects with photos that are slightly out of focus thanks to the creamy bokeh balls produced. Of course, the Honor 6X lets you change the point of focus as well as the aperture effects after the photo has been taken too which is a great thing to have.

The phone also stitches panoramas with ease. This photo was taken on the first attempt and the stitching is nearly perfect. You just need to make sure to lock the focus and then move the phone around in a smooth motion. The resulting image also contains a lot of detail thanks to it having several images stitched into one. 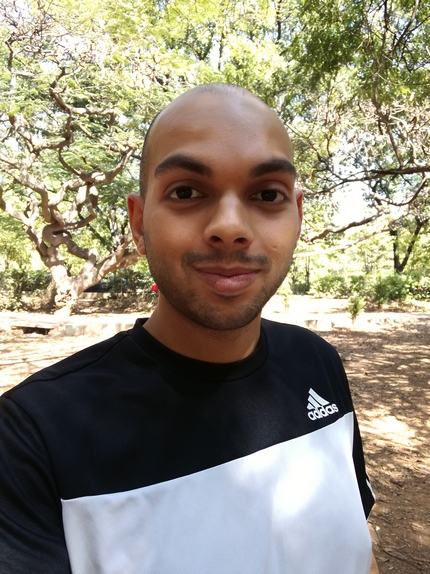 Self portraits are now so common that it seems silly to not take one on a daily basis. The front facing 8 Megapixel camera also takes great photos with good dynamic range and plenty of detail.

Overall, the Honor 6X takes great photos in just about any situation you throw at it which is surprising especially at a price point such as this. If a good camera is a priority, then this is one phone that you should consider.