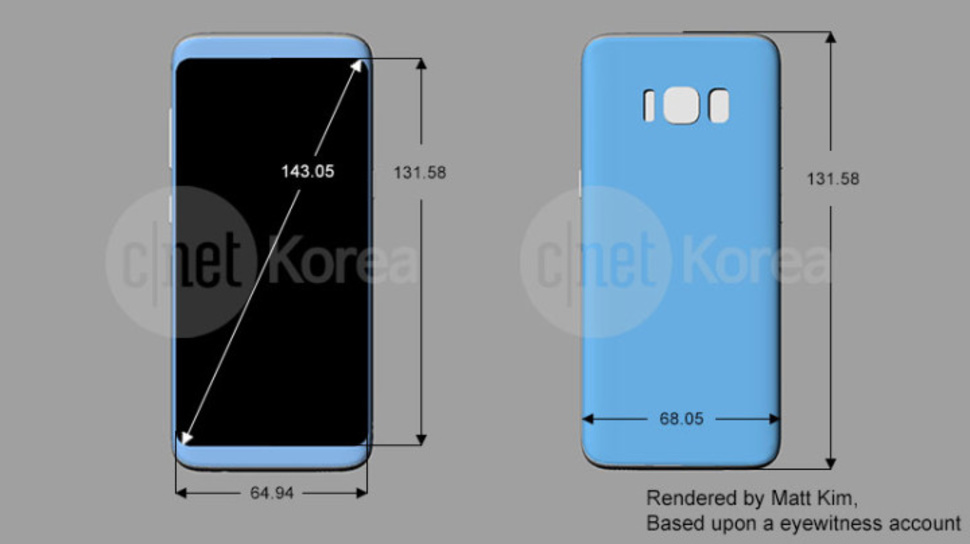 Another day, another rumor about the Samsung Galaxy S8. The latest one is about the fingerprint sensor. CNET Korea has released schematics of the upcoming flagship.

As per the the schematics, the Galaxy S8 will have a fingerprint sensor at the back. We have seen a number of renders of the phone until now that suggested Samsung will chuck the trademark physical home button in the front below the display. The drawing shows fingerprint sensor next to the rear camera which according to Samsung is because “most people hold their smartphone in their right hand and the right index finger touches this location”. In addition, there would be an additional physical key on the right edge of the device which is expected to be for virtual assistant Bixby. It is also tipped that the Galaxy S8 will use on-screen navigation buttons. 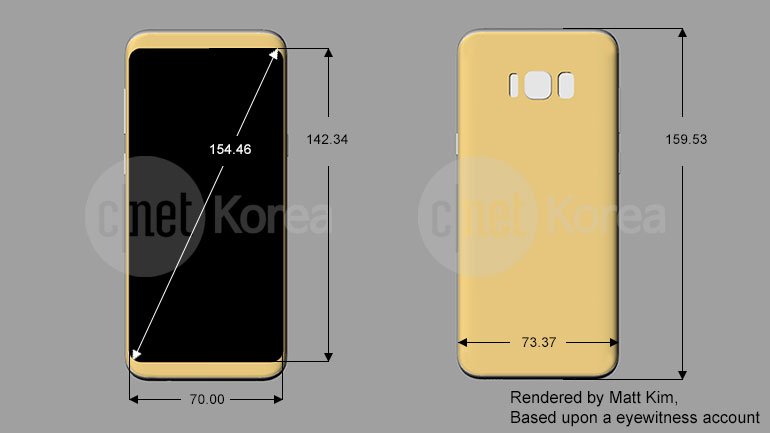 The schematics reference shows two different screen sizes of the Galaxy S8, 5.7 inch and 6.1. Both of them will also sport curved display. CNET Korea states that they have rendered the schematics in its report based on the information from a Galaxy S8 eyewitness. The phone will also feature a 3.5mm audio headphone jack and USB Type C.