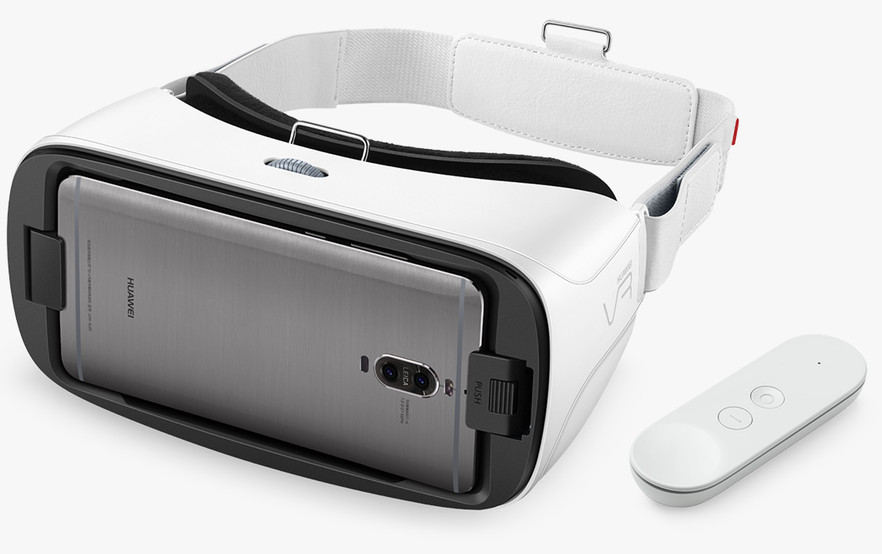 Google announced Samsung, HTC, LG, Xiaomi, Huawei, ZTE, Asus, and Alcatel as initial partners for building their own Daydream VR headsets. Today Google has released an image of Huawi Daydream VR. It has an adjustable focus so it can be used without eyeglasses, and provides a 95° field of view.