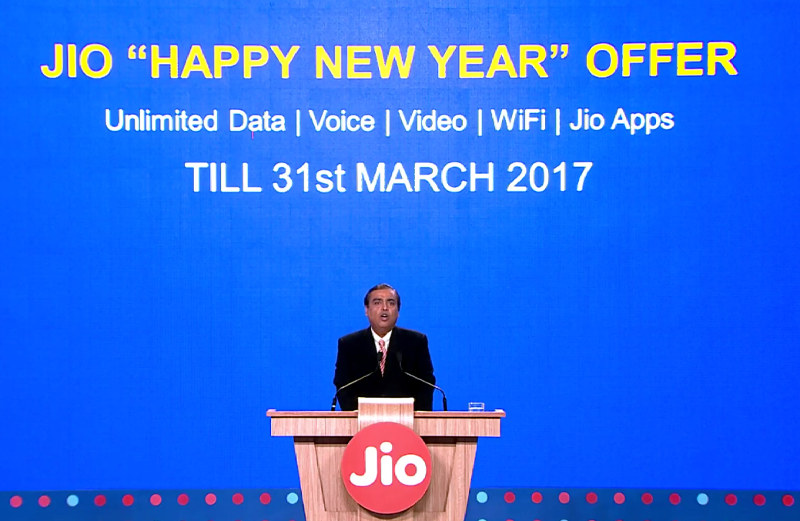 Mukesh Ambani today announced that starting from December 4, all the Reliance Jio user will get Data, Voice, Video and the full bouquet of Jio applications and content free until March 31st, 2017. Further, the existing customers will also be migrated to Jio Happy New Year offer from 1st January automatically.

Currently, data is capped at 4GB per day under Welcome offer after 1st January data will be capped at 1GB per day, after that speed will be reduced to 128kbps.

Google’s Tango 3D camera technology which is currently present on Lenovo’s Phab2 Pro is expected to land on Motorola’s Moto Z. While the company is not planning to launch a special edition version of the smartphone, instead, Motorola is looking to release a new MotoMod modular accessory that incorporates the additional sensors needed for Tango.

As per the recent report, Nokia may launch two variants of its widely rumored D1C Android smartphone at MWC 2017. A new report claims that the two variants will come with a different display, RAM, and camera specifications.