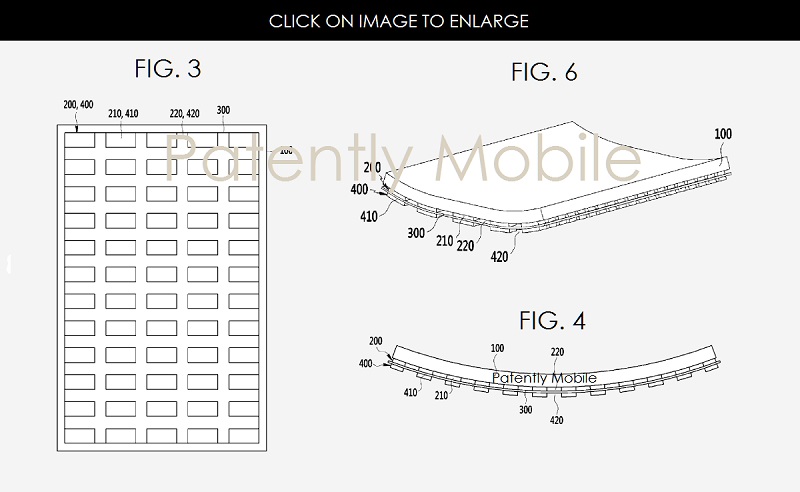 The flexible display design and technology will allow displays to bend and help in making foldable smartphones. Samsung notes that the flexible display panel includes a flexible substrate which is made of a plastic material having great heat resistance and durability. The patent shows that the smartphone will have an under-fold so that it doesn’t fold exactly in half. This allows for a portion of the display to be exposed so that a user will be able to access key apps quickly and/or see notifications at a glance. When opened, the display will provide users with a massive display for watching movies or multitask by having multiple apps open at one time.