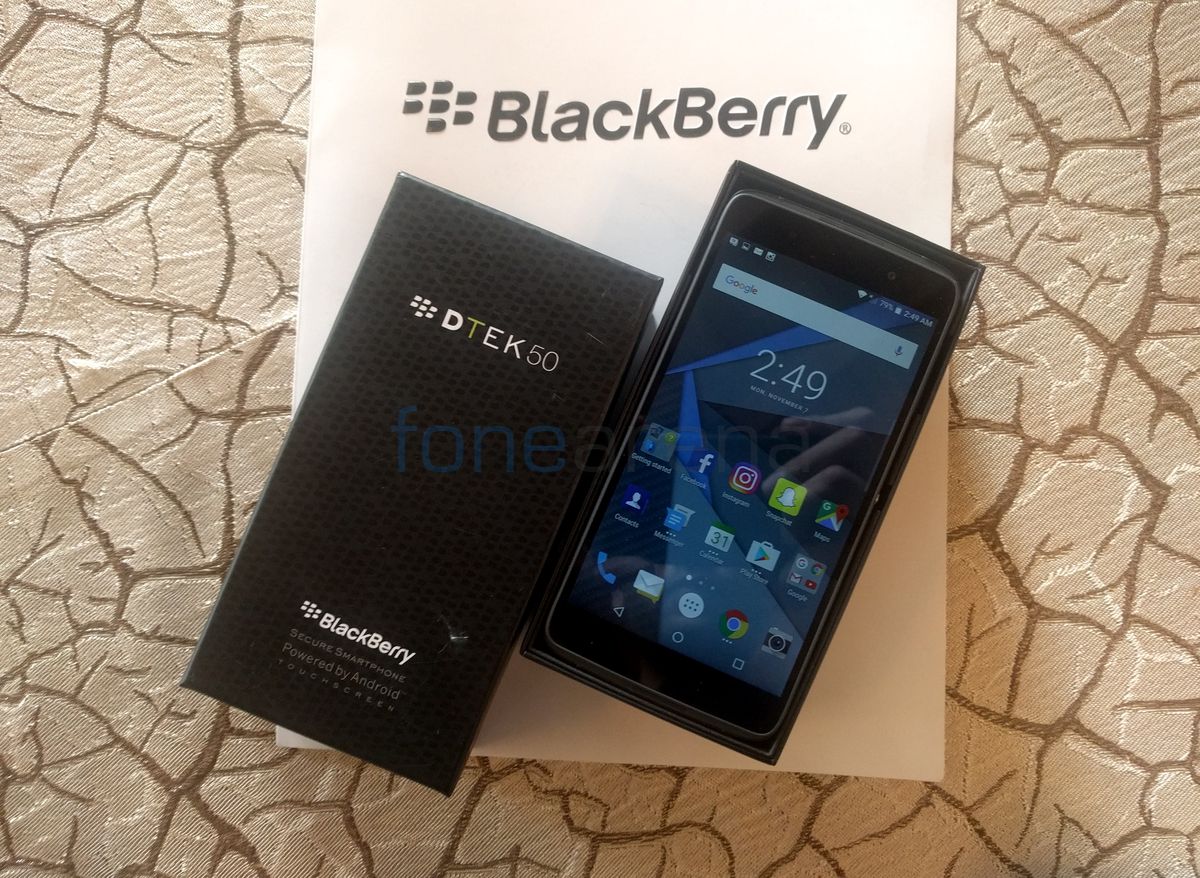 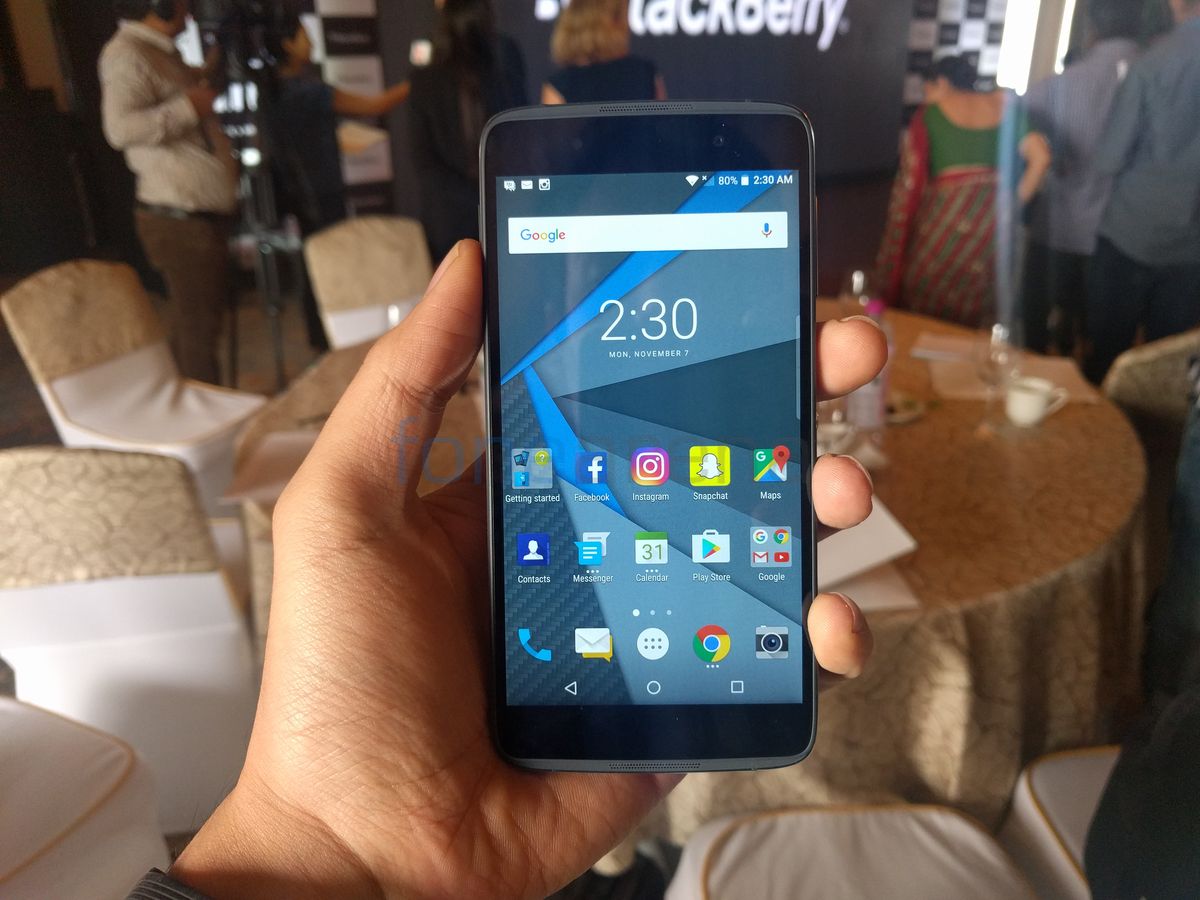 The DTEK50 was first announced back in July. The main highlight of the smartphone is its software, which is based on Android 6.0 (Marshmallow). BlackBerry has taken some extra steps to help the device from hacking, malware, data breaches etc. The company claims that the smartphone has secure bootloader that uses multi-stage verification to ensure that the Android OS hasn’t been tampered. 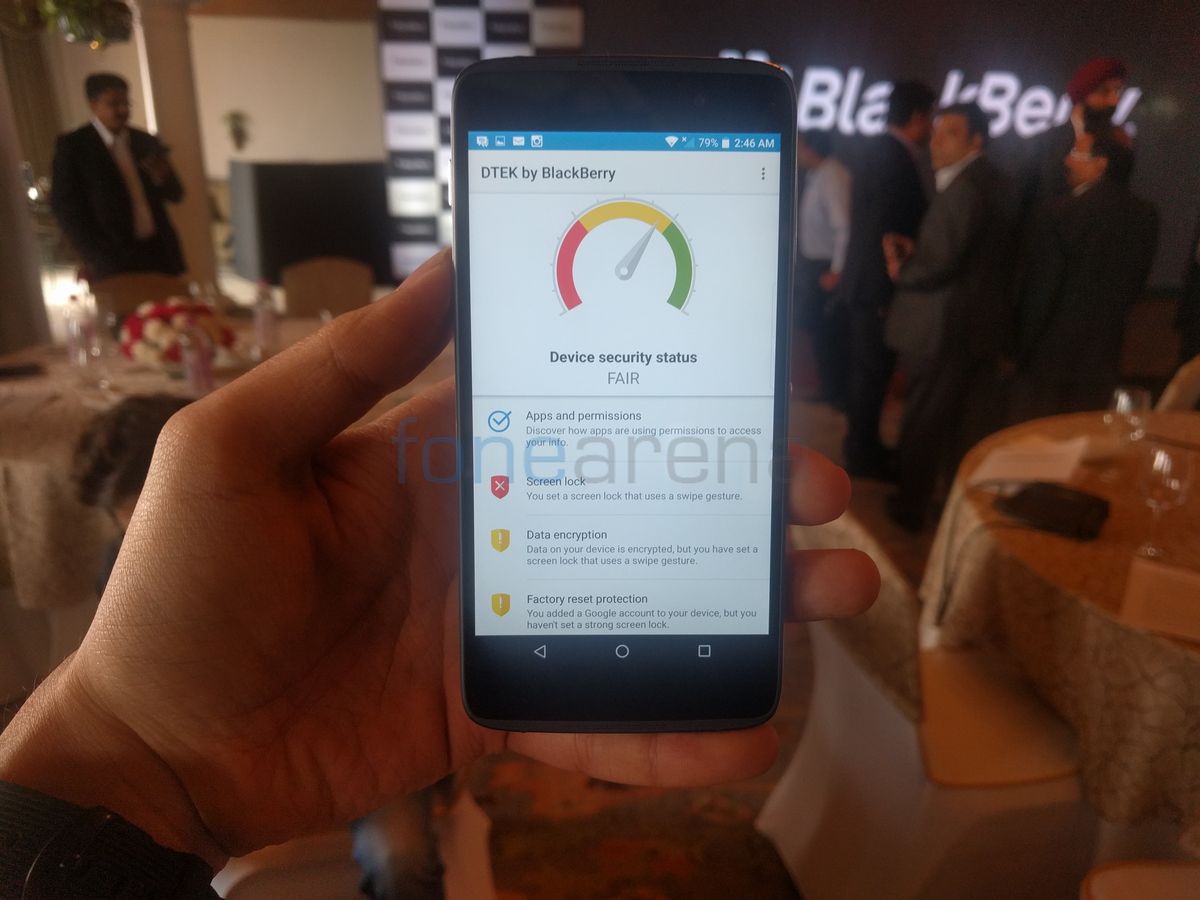 All the data stored on the phone is said to be protected with FIPS 140-2 encryption, and then there is BlackBerry’s own DTEK app that lets users monitor and fix privacy violations, such as revoke access to some permission for a particular app and it still runs, at least that’s what BlackBerry claims but we’ll test out this feature, once we review the device. 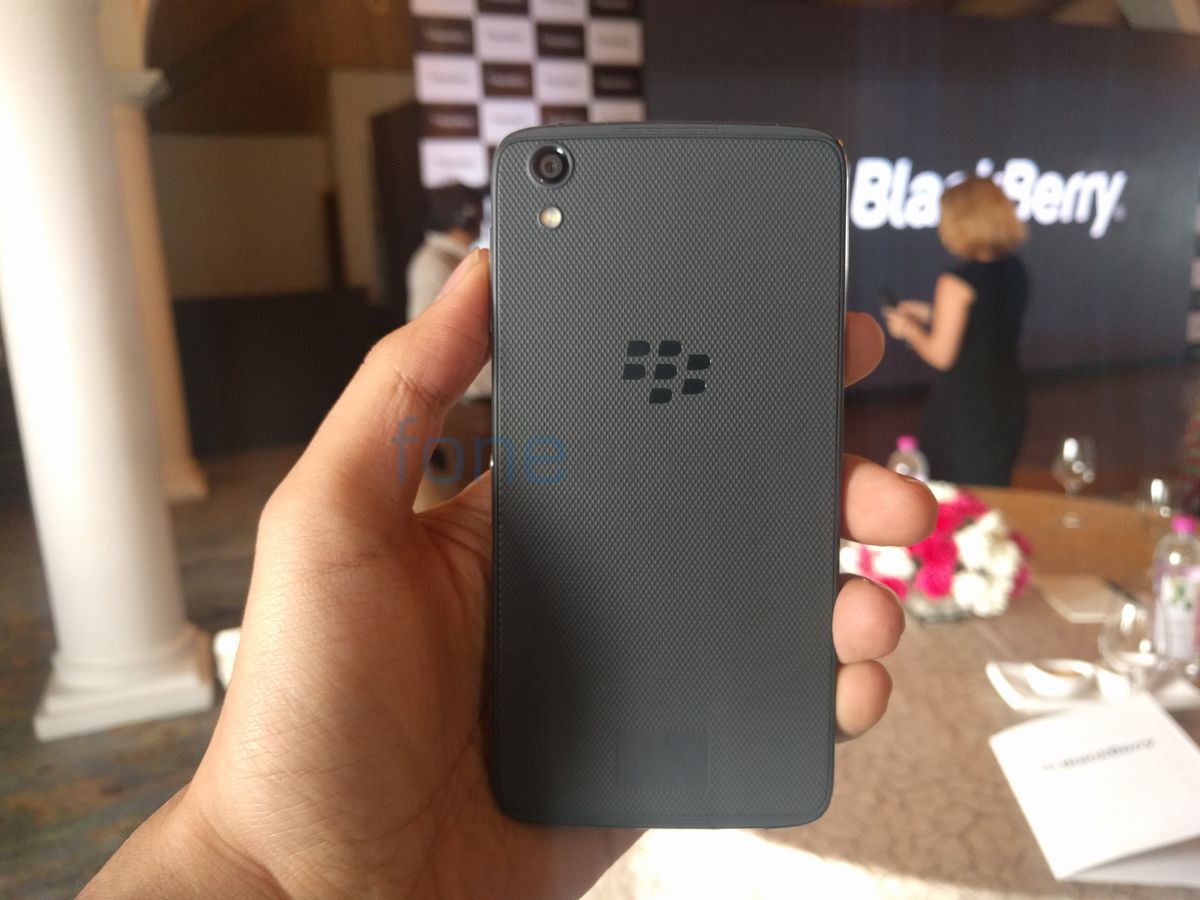 The DTEK50 features a beautiful 5.2-inch (1920 x 1080 pixels) full-HD scratch-resistant display that is super responsive and nicely lit. Having said that, it is slightly glossy, so gets smudged easily and is little reflective too. 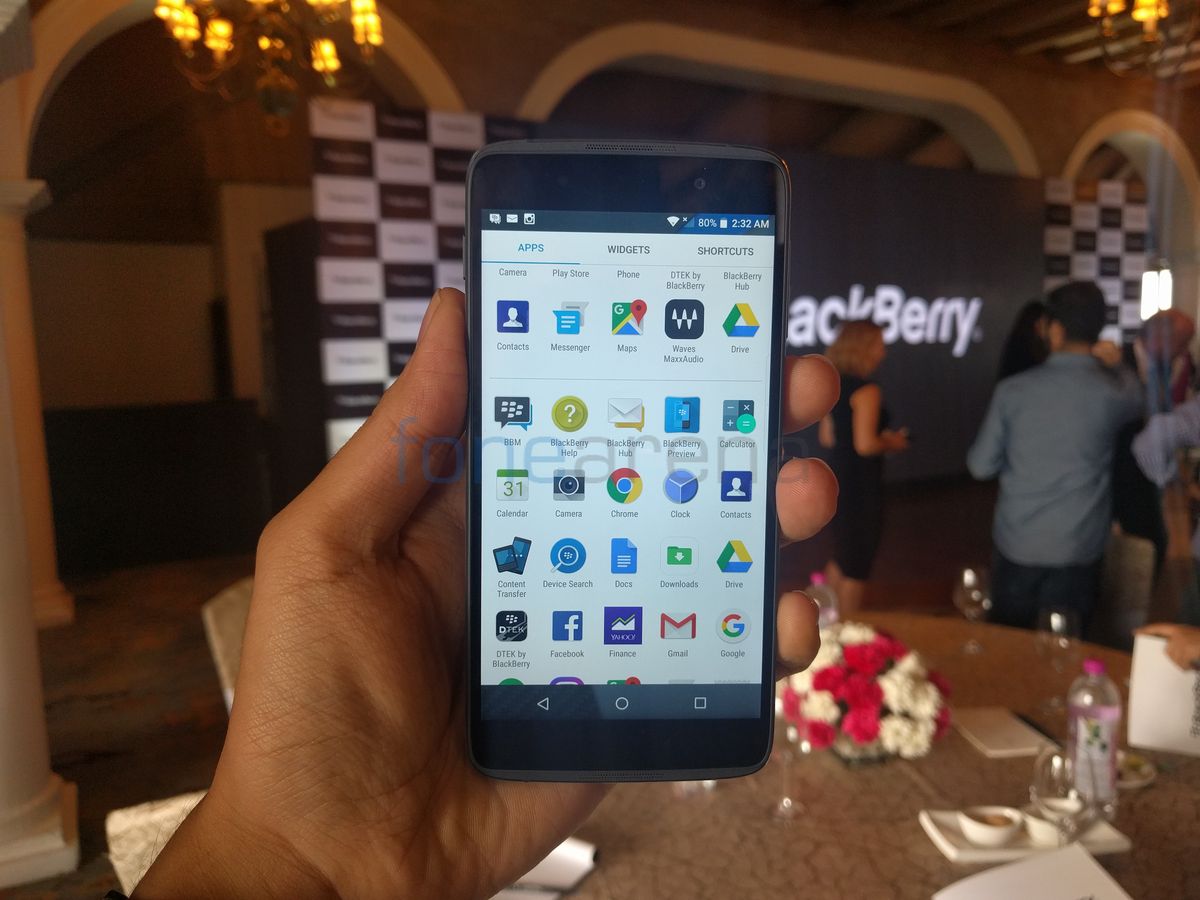 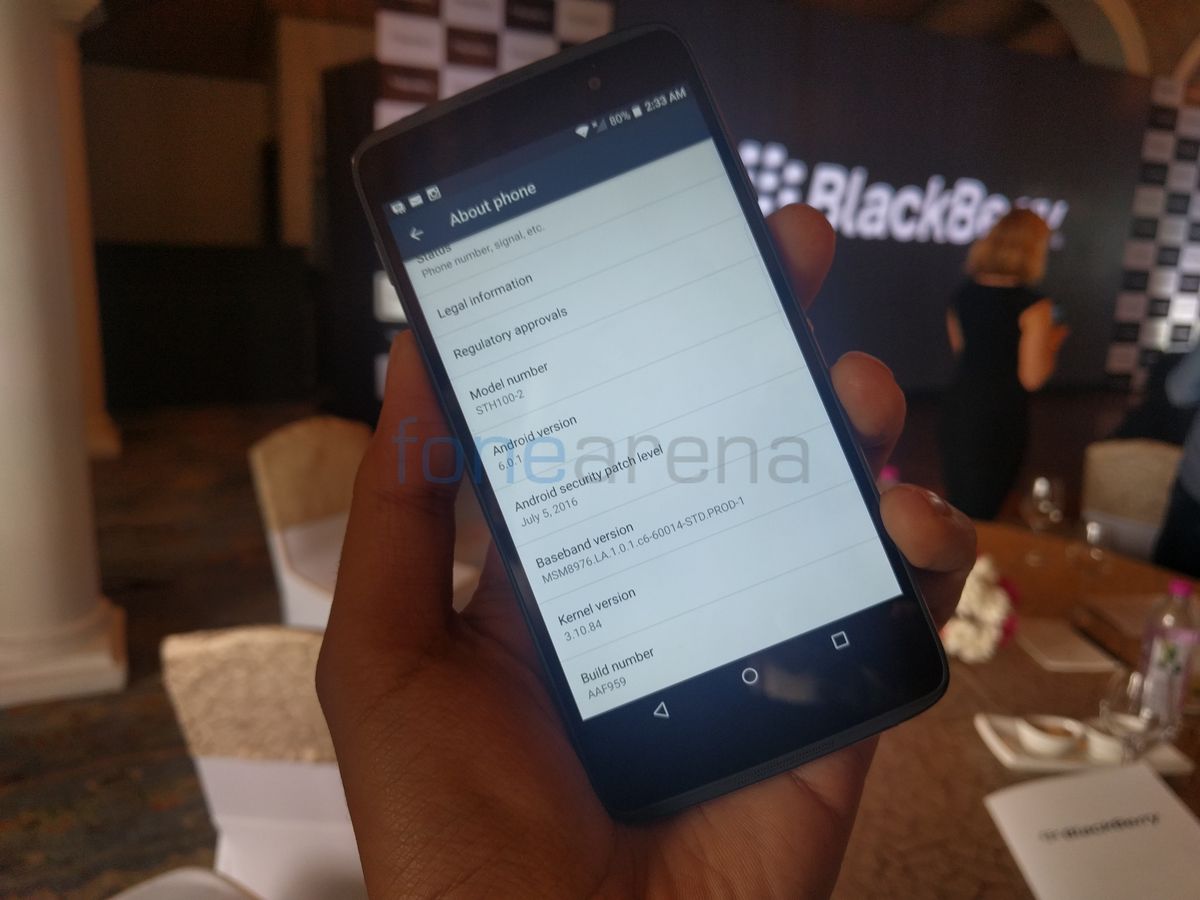 The two camera’s include a 13MP rear camera with dual-tone LED Flash, PDAF, f/2.0 aperture, 6P lens and an 8MP front-facing camera with LED flash, f2.2, 84-degree wide angle lens. Both the cameras seemed pretty decent to us, but of course that’s not our final verdict. 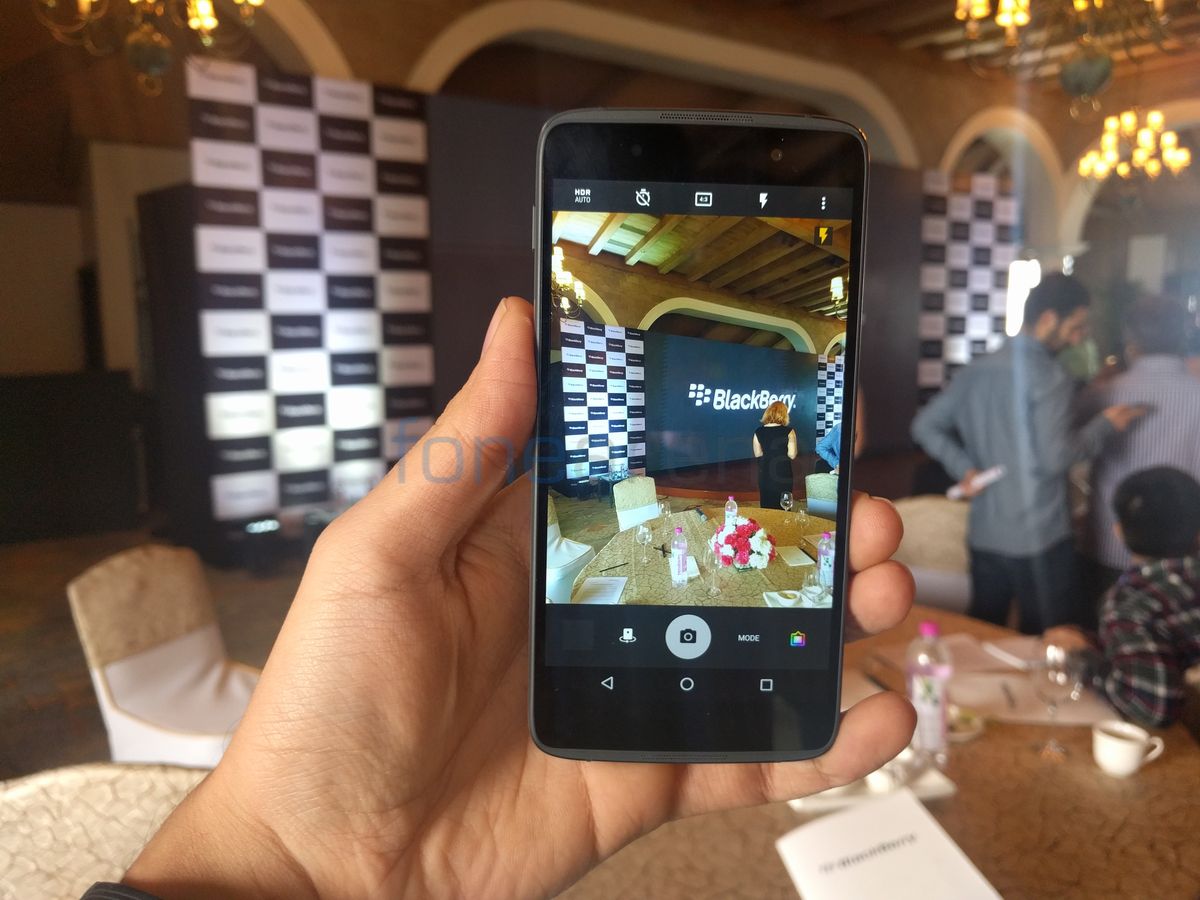 Apart from the standard volume and power keys, the DTEK50 gets an additional key on the right, which is termed as “Convenience key”, that can be assigned / customized for various different functions, so don’t confuse it for a camera shutter. 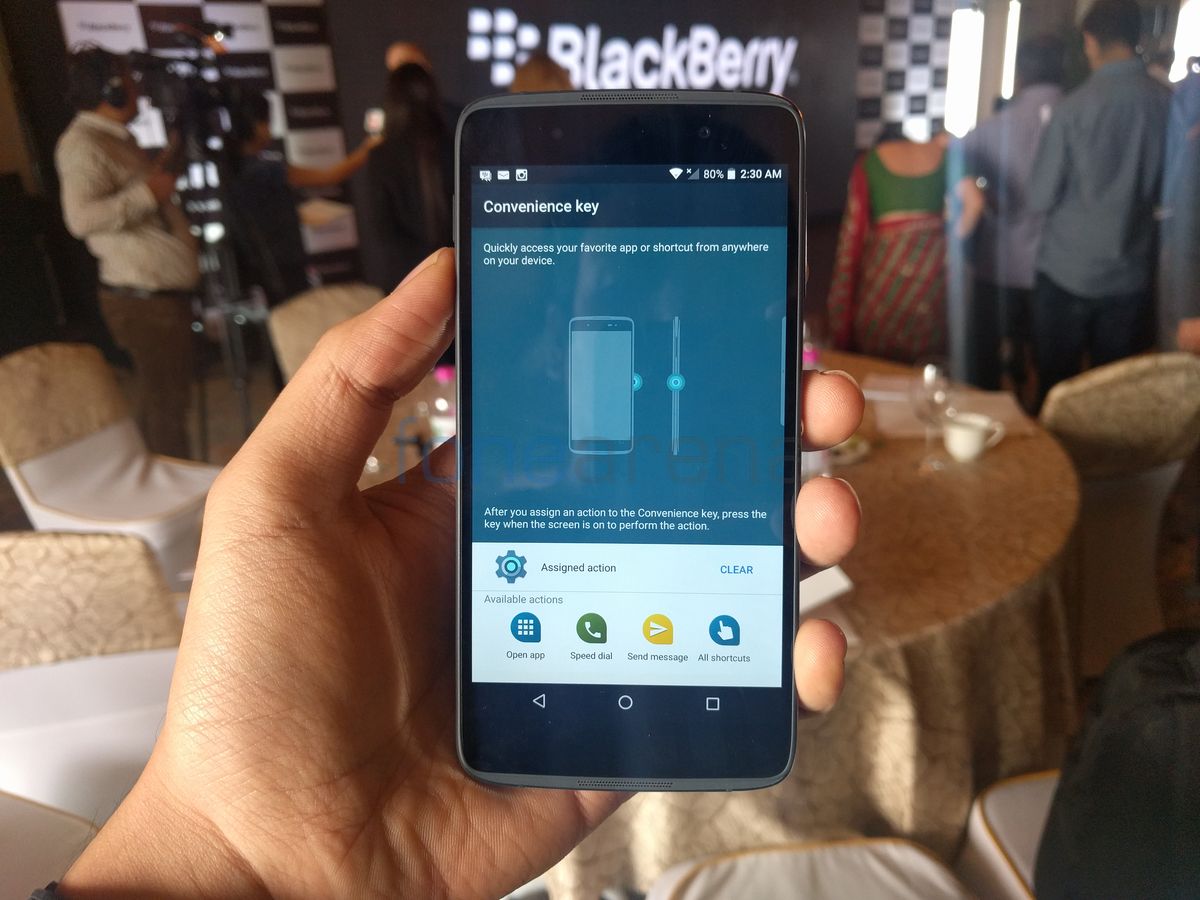 The BlackBerry DTEK50 in India is a single-SIM 4G VoLTE smartphone that additionally features NFC, GPS, Wi-Fi 802.11 ac (2.4 GHz & 5 GHz) and Bluetooth 4.2. The battery is 2610mAh and supports Qualcomm’s fast charging standard too. 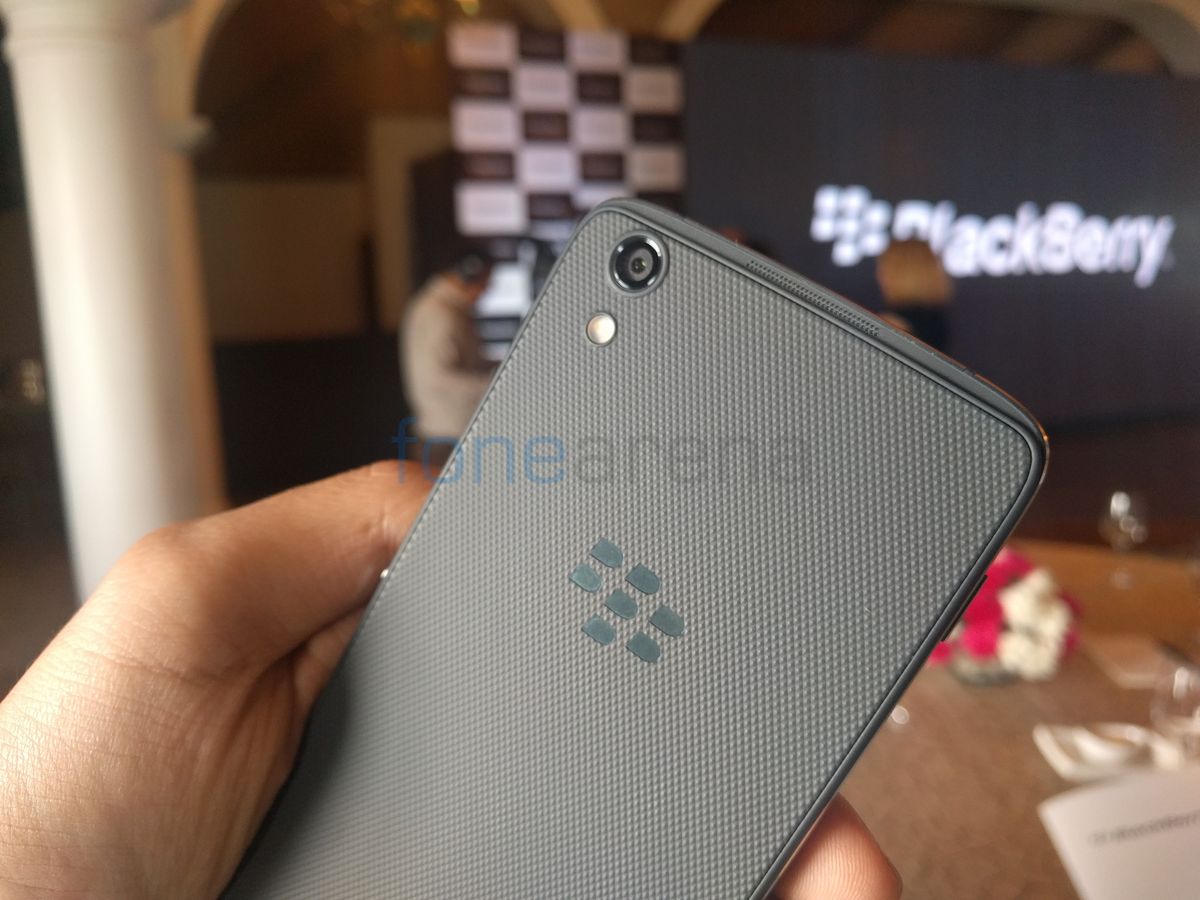 The BlackBerry DTEK50 in our opinion is quite expensive at this price of Rs. 21,990. The competition is fierce, so if only the specifications have to be considered then DTEK50 doesn’t even stand a chance in market. But having said that, the BlackBerry is seen as a standard in enterprise space and their trust is more valuable then the specifications.