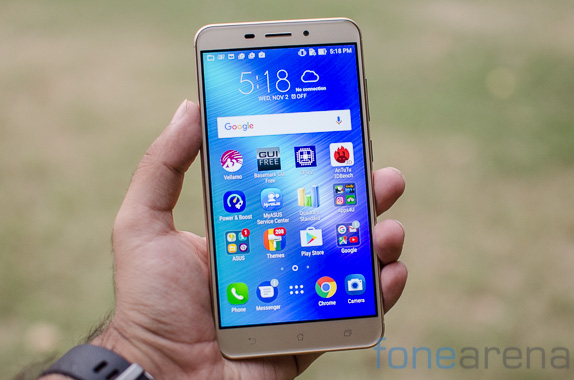 Where the Zenfone 3 is the flagship device for Asus, the company has a history of introducing accompanying devices that bring most of the design language and popular features to lower price points. We saw this with the Zenfone 2 Laser and it sure seems like the company wants to make this a tradition with the launch of the Zenfone 3 Laser. With a shift in the pricing structure though the Zenfone 3 Laser sits right in line with the likes of the Xiaomi Mi5 and others. Does it have what it takes to compete? We find out in our review.

Where the Zenfone 3 that we reviewed earlier on adopted a mix of glass and metal, the Zenfone 3 Laser goes a little simpler with design. Replacing the somewhat glamorous design language of the flagship is a more subdued brushed metal finish. 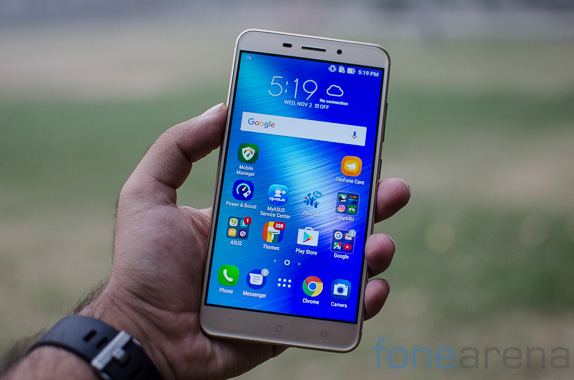 Up front is a 5.5 inch display with fairly minimal bezels on either side. Meanwhile above the screen you’ll find the standard array of sensors as well as the 8MP front facing camera. Typical of Asus phones, there’s a row of capacitive buttons below the display in lieu of on-screen controls. While the buttons aren’t backlit, we found them to be sufficiently responsive. The glass above the display bends over gently around the corners in a finish akin to a subtle 2.5D curve. A metallic bezel runs around the edge of the screen but this time around, it is not along the sides of the phone. Instead, the bezel is placed on the face of the device so you don’t really feel it when holding the phone but it does manage to protect the corners of the screen to a degree.

On the right hand side you’ll find the volume rocker as well as the power button. The tactile feedback is decent here albeit a bit more mushy than we’d have preferred. The headphone jack is conveniently located at the top of the phone while a microUSB charging port is placed at the bottom. The fingerprint reader is on the rear of the handset and is placed fairly ergonomically. The reader itself while not the fastest around, does the job just fine. It is also always on and so works even when in standby mode. 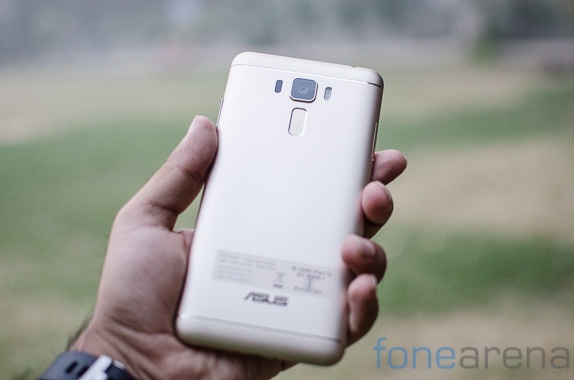 The back of the phone sports the fingerprint reader as we’d mentioned earlier. There’s a camera module that sticks out from the body of the phone making it relatively prone to scratches. On either side of the camera module is the Dual LED flash and the Laser Autofocus unit. It won’t be wrong to say that the phone is somewhat humdrum to look at. The metal back is a welcome addition and the antenna lines are well concealed but the design is decidedly generic. The Zenfone 3 Laser could pass off as any other Zenfone by Asus or for that matter most other phones in its category. We wish Asus had spiced up the design element here by bring some parts of it’s gorgeous glass and metal finish from the Zenfone 3.

Typical Asus, there’s a whole lot of pre-installed applications on the Zenfone 3 Laser. Most users will find at least a few of these useful but there’s no doubt that there’s a monumental amount of bloat on the Zenfone series of phones. Like the Zenfone 3, there’s close to 26 apps pre-installed on the device. Yes, it is possible to remove a few of them but it doesn’t take away from the fact that there’s just too much bloat onboard. Asus maintains that users prefer to have all utilities available to them but we’re not entirely sure of that opinion ourselves.

The interface paradigm here is exactly the same as we’ve seen on multiple generations of Zenfones. The lockscreen includes a clock as well as three customisable shortcuts. As expected, notifications show up here. Swiping up reveals the homescreen where you can place widgets and apps shortcuts. Unlike several other Chinese brands, Asus has retained the app drawer in their launcher.

Both the homescreen and app launcher are extremely customisable and include options for icon packs, themes and more. We also really like the smart group functionality built into the app drawer that allows you to automatically bundle apps into relevant folders. 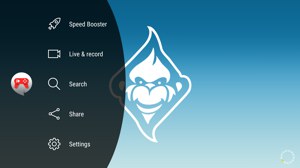 Some other notable additions include the AudioWizard app that does a decent job at optimising playback depending on the usage scenario. From music to movies and games, the app automatically apply equaliser settings to tweak how the content sounds. For the most part, it does quite well. The game genie app is another such addition that will appeal to streamers. The phone lets you stream your gameplay straight to YouTube or Twitch which is quite cool to be honest. Overall, the software on the Zenfone 3 Laser is pretty well optimized but there’s just way too many pre-installed applications onboard that should have been optional for users.

The Zenfone 3 Laser has an Octa-Core Qualcomm Snapdragon 430 under the hood. This processor has 4 Cortex A53 cores clocked at 1.2Ghz alongside 4 Cortex A53 cores clocked at 1.5Ghz to facilitate a good balance between performance and battery. This is in addition to the Adreno 505 GPU. There’s 3GB of RAM onboard to facilitate decent multitasking. As an entry-level phone, the phone performs well enough. Menu transitions and general performance is as smooth as you’d expect from a phone powered by such entry-level internals. Push it too hard and things start slowing down a bit. The phone also heats up a bit while playing graphically intensive games. We’ve included a few benchmarks below to give you a better idea of comparative performance. 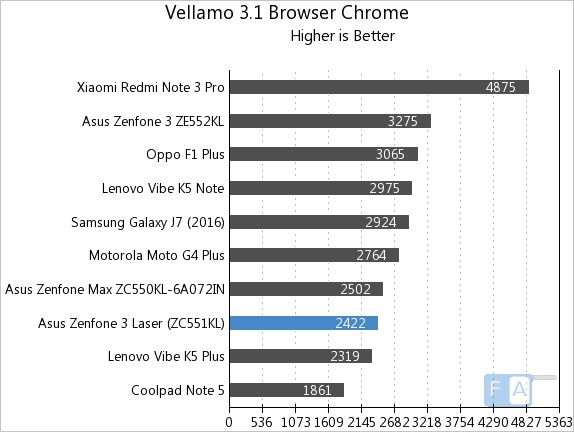 In the Vellamo browser benchmark, the phone scores 2422 points placing it towards the bottom of our test bench. 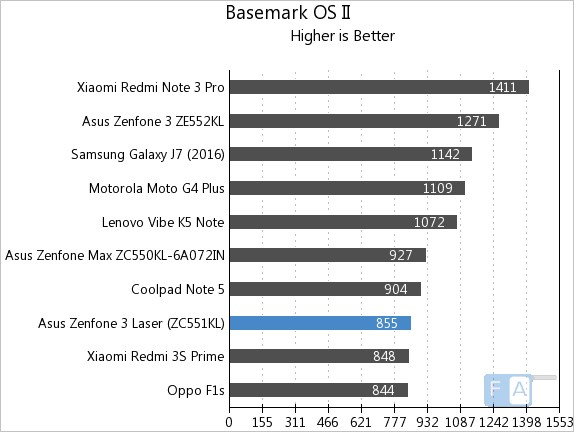 The phone scored 855 points in the Basemark OS II benchmark. 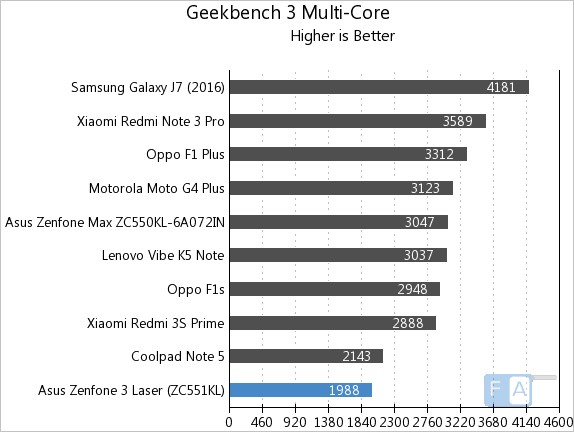 The 5.5 inch Full HD display on the Zenfone 3 Laser punches above its weight. A Gorilla Glass 3 coating on top protects it from scratches. We found the display to perform quite well when placed against similar devices. The color rendition is quite natural though there is a certain degree of color shift once you start looking at it from the sides. 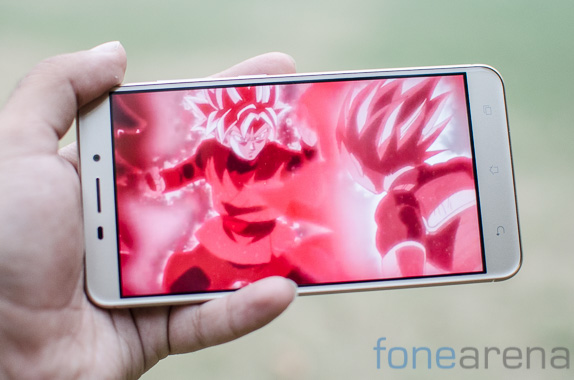 Brightness levels on the display are a bit disappointing and could prove to be a problem when outdoors. The screen seems to be a bit of a step down from the Zenfone 3 despite having similar specs.

For a phone that’s USP is the camera or well, the fast laser based focussing capabilities, the Zenfone 3 Laser doesn’t perform all that well. In terms of specifications, the camera module has a 13MP IMX214 sensor manufactured by Sony. The lens has an f/2.0 aperture which ensures that sufficient light hits the sensor. Image quality though is pretty lacklustre. 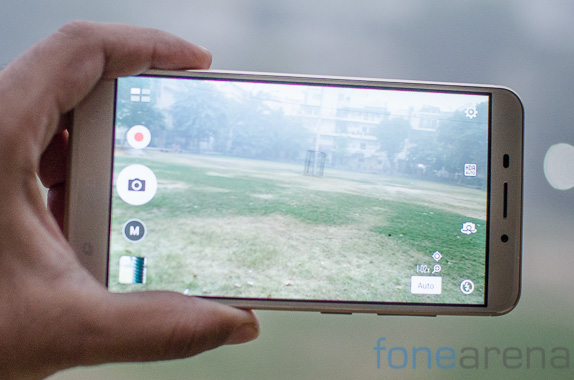 The camera software particularly in manual mode offers a number of options that help in tweaking the image to your liking but generally images were rather noisy. There’s a huge range of options here including Depth of Field, Night, Low-Light, Super Resolution, Beautification, HDR Pro and many more that you can play around with to try and get the perfect shot. 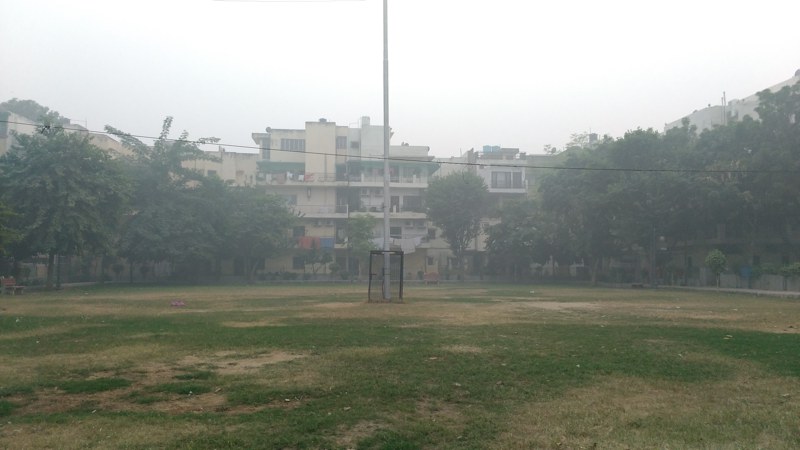 As you’ll notice, the camera quality is below average. The phone also has a tough time hinting for focus which is a problem that it really shouldn’t be facing due to the laser focussing module built-in. The phone does have electronic image stabilisation but in our testing, we did not observe much improvement over non stabilised content.

The Zenfone 3 has the usual range of connectivity options and there’s not much to set it aside. Unlike Xiaomi’s offerings, the phone does not have an infrared port so you won’t be able to use the phone for controlling appliances. You do get 4G LTE support as well as WiFi 802.11 b/g/n, Bluetooth 4.1 and GPS. There’s 32GB of storage and you can expand that via a microSD card. Once again, the phone sports a Hybrid SIM slot which is something we really dislike but is quickly becoming the norm. Essentially, you’ll have to choose between dual SIM capabilities or storage expansion. 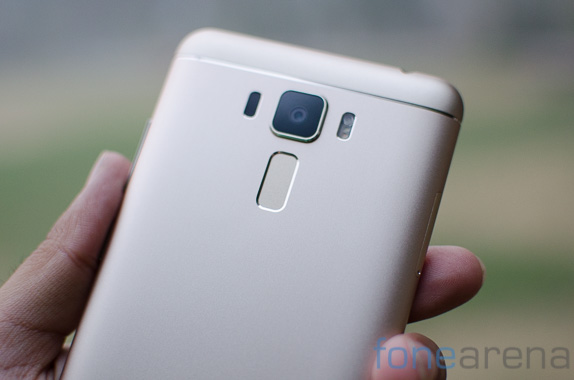 With a 3,000 mAh battery and a frugal Snapdragon 430 processor onboard, battery life is predictably quite decent. While there is no fast charging support, the phone easily lasts a day of use and more. With regular use involving a couple of email accounts, social networks, WhatsApp and more, the phone still had about 30-35% battery left at the end of the day which is what we’d expect from a device of its class.

Priced at close to Rs. 19,999, it is really hard to make a case for the Zenfone 3 Laser. Sure, the phone isn’t all too bad but similar phones can be had for well less than half the price that Asus is commanding. 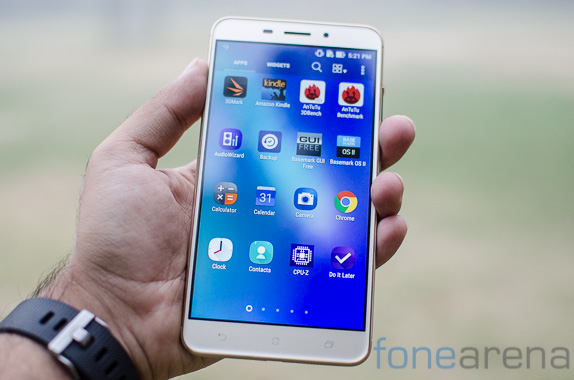 We liked the understated design, ergonomics and the pretty decent screen but were disappointed by the camera module and software set. If you’re looking at the Zenfone 3 Laser, we feel you might be better served by something like the Lenovo Z2 Plus or even the Xiaomi Redmi 3S.