Computer maker Dell might start selling mobile phones in India soon. Amit of Labnol has spotted an advertisement by Dell in a newspaper in which the company seeks Distributors for it’s mobile handset business in India

Update: The company is now selling phones in the country . Hit the Dell Phones page

Here is the advertisement 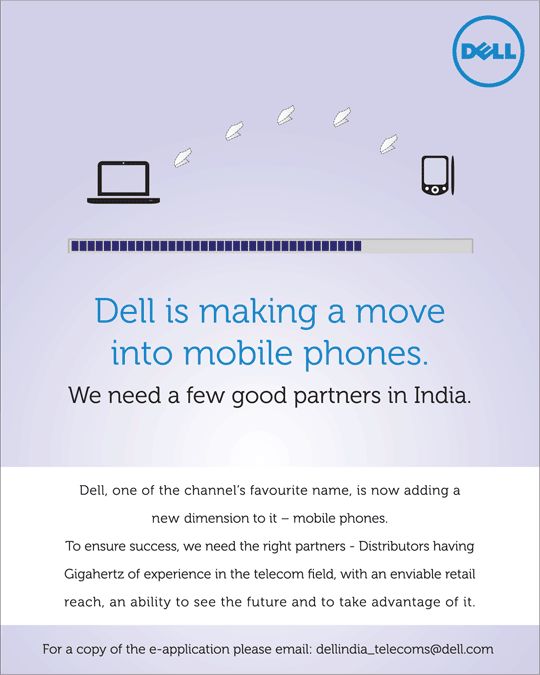 We are not sure what Dell has in store for Indian users. But at-least something’s cooking ! Would you buy a Dell phone in India ?