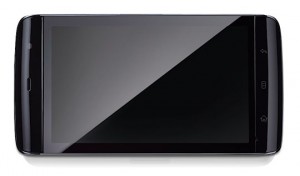 A few months ago, Dell CEO Michael Dell confirmed that the Dell Streak will be hitting AT&T later this Summer, but Micheal didn’t gave any further information about the release date, but today BGR did. Folks over at BGR heard from their reliable source that the Dell Streak is going to hit AT&T on July 19th. If you guys know one thing that the Samsung Captivate (AT&T Samsung Galaxy S version) is going to hit AT&T on July 18th. Dell Streak is more than a phone, actually it’s not a phone, it’s a MID (mobile internet device). Have a look on the specs of Dell Streak:

Head over to the following link to learn more about the Dell Streak.