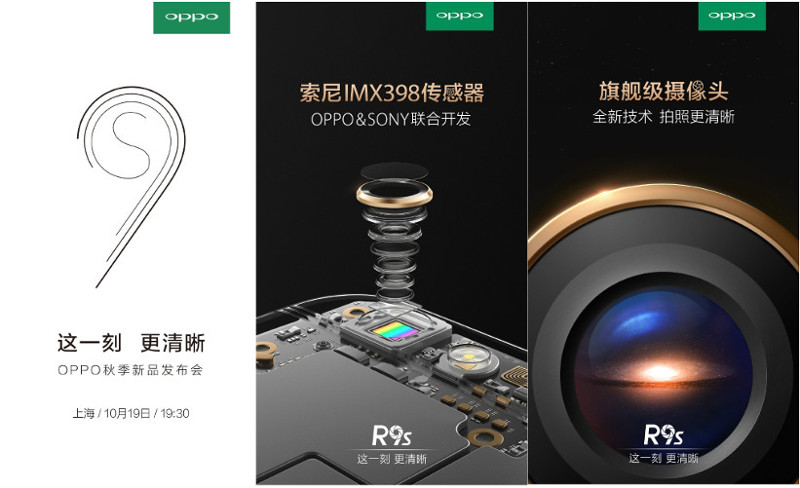 OPPO has scheduled an event on October 19th in China where it will unveil R9s, it’s upcoming flagship smartphone. It will be a camera-centric smartphone, similar to the R9 and R9 Plus that was introduced back in March.

OPPO has announced that it is partnered with Sony to use new Sony IMX398 sensor for the smartphone. We don’t have any details about this sensor, but rumors indicate that it will be an upgraded version of Sony IMX298 used in the R9 Plus with 1/2.3-inch sensor and f/1.7 aperture. It is also expected to come with phase-detection auto-focus (PDAF).

The OPPO R9s launch event starts at 19:30 (5:00 PM IST) in Shanghai. We should know more details about the smartphone in coming weeks.