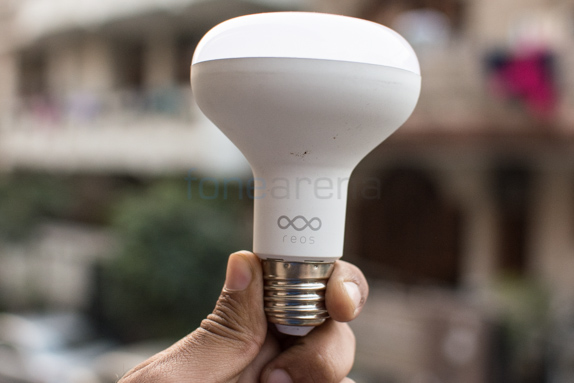 As technology works to revolutionize and upgrade every facet of life, it is just the basic utilities like fans and lighting systems that have been relatively left behind. Sure, Philips has spearheaded this category with their Hue series of lights and lamps but the cost attached to embracing the format has made it out of the reach for a lot of prospective buyers especially in India. Cube26, a Bangalore based startup has been involved in the IOT sphere for some time now and recently introduced the next generation of its smart LED bulbs. We decided to take them for a spin and see how well they work out.

There’s not much of a point in talking about a bulb’s design. For the most part the bulb will either stay hidden away inside a lamp shade or perhaps a regular bulb holder. That said, the Reos Lite tends to be on the larger side owing to the bluetooth controller, processor built into it over and above the RGB LEDs built into it. 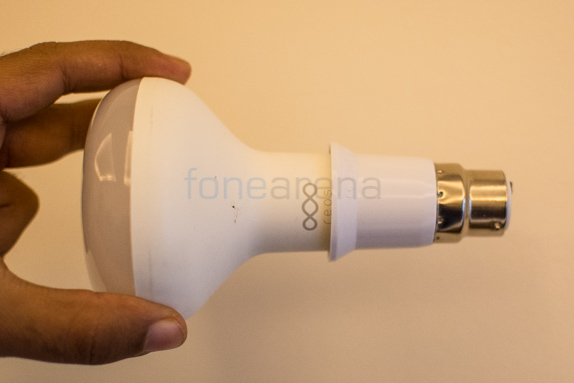 It is a bit unfortunate that the bulb uses an E27 screw mount considering that in India the B22 pin based lighting fixture is much more popular. You can use an adaptor to switch from E27 to the B22 fixture but that adds an extra height to the bulb and in most cases, the bulb will stick out by a fair margin. Additionally, the fit is less than ideal causing the bulb to hang low.

Moving on to the functionality, you’ll need to download the Reos Lite app to control the bulb. The app connects to the bulb over Bluetooth and initial connectivity and setup is fairly quick. Unfortunately over time we found it increasingly hard to connect to the bulb. Often we ended up having to switch bluetooth on and off on the handset and even then the app would refuse to connect to the bulb on occasion. This problem gets compounded multifold if you add additional bulbs to the mix and the app finds it incredibly hard to find and connect to all the bulbs.

The Reos Lite app brings a fair amount of functionality to the product and can even be termed as quite well designed other than a few peculiar choices. In terms of modes of operation, the app comes well endowed. The first option of course is the ability to adjust the colors of the bulb. Since the bulb is made of a grid of RGB LEDs, it can mix and match individual LEDs to create almost any color of the visible spectrum. This first bit works using a color palette.

Should you choose to switch to a more standard warm or bright white, a simple toggle switches the palette to different hues of white. Worth noting is that even the brightest white is about 4500K which means that you get a natural white shade. If you’re looking for absolutely bright white light, the Iota Lite won’t cut it for you. A slider placed at the bottom allows you to adjust brightness but it won’t take effect till the time you reselect the color from the wheel which isn’t quite the best example of a good UI.

There are a few other modes built into the app which allow you to simulate a strobe light and a flickering candle amongst others. You can also synchronize the bulb with your music using an additional Reos Music app. In this mode, the app uses the microphone on your handset to listen to and decipher the beat of the track playing following which it synchronizes the light bulb with the music. In practice, this is rather hit or miss with the entropy between music recognition, beat translation, transmission of command to the bulb and eventual color change being too high. Building on to the issues that we had faced earlier on, the app would often lose connection with the bulb. For that matter, connecting to the bulb itself is often an exercise in frustration. For the most part, we had to toggle bluetooth on the smartphone to increase the chances of the app pairing with the bulb. The more the number of bulbs you connect, the harder it gets to get the app to connect to it. With an array of three bulbs, it is only on rare occasions that we could get all of them to connect to the app. 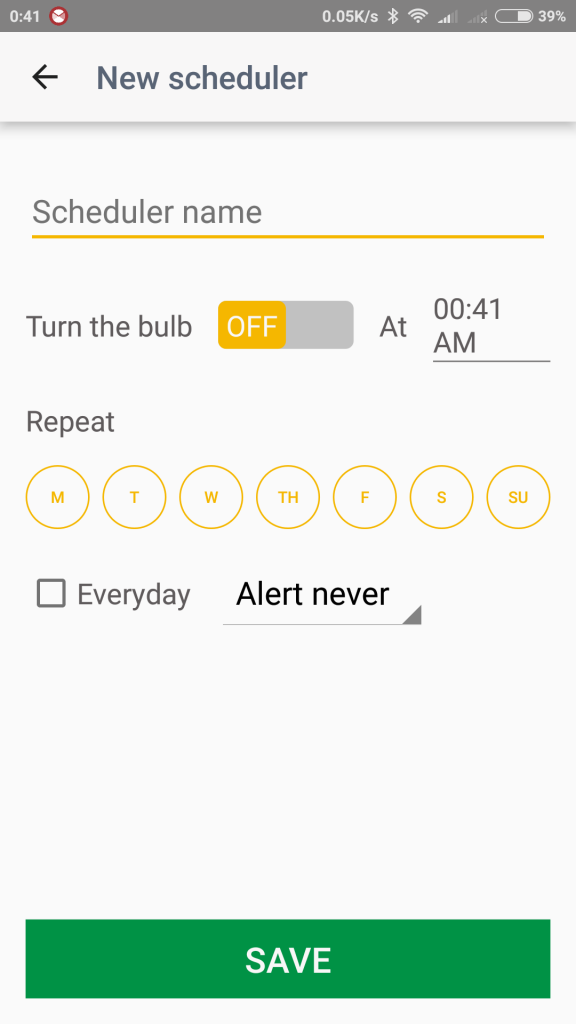 Because of the connectivity issues, the alerts feature of the app isn’t particularly useful. We tried setting up alerts for WhatsApp and phone calls and while it did work when we left the phone connected to the bulb, most users won’t manually go and pair their device and bulb every time they need to use the feature. This really needs to be seamless by design. A scheduler built into the hardware allows you to switch the light on and off according to the time. 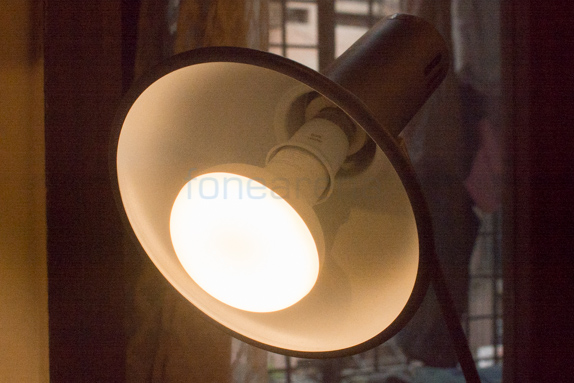 The connectivity issues and sub-optimal experience with how the app interacts with the hardware lets down what is a well-rounded product. The Iota Lite is a solid offering at a great price that unfortunately suffers from connectivity issues. If you are looking for a Philips Hue replacement, this is not it. However, the Iota Lite will work well enough if you are looking to add some smartness to your table lamp. The The Cube26 IOTA Lite is priced at Rs. 1899 (MRP), but you can get it for Rs. 1499 from Flipkart.