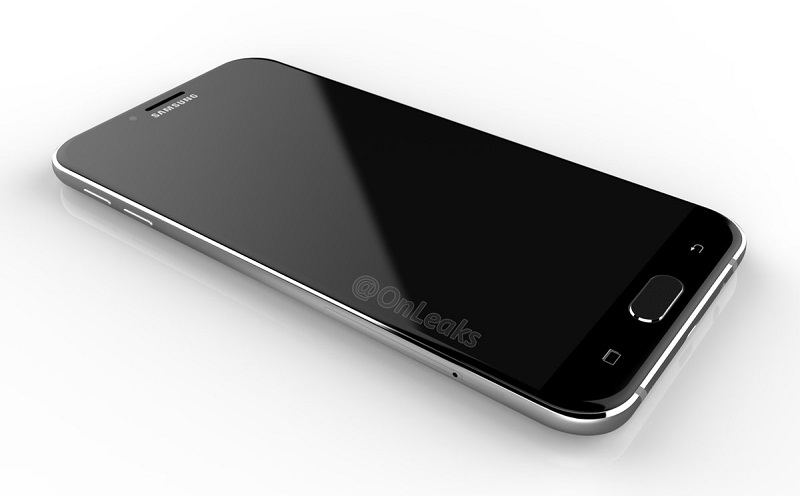 Samsung had announced the Galaxy A8 smartphone last year and specs of the 2016 version of the A8 had leaked few months back. Now, renders of the phone in the A series have surfaced.

Popular tipster @Onleaks has shared a bunch of renders of the Galaxy A8 (2016) that offer a detailed look at the design of the phone from all angles. The phone was spotted on GFXBench that suggested it will feature a 5.1 inch display. As per the render, it looks like the phone will have aluminium finish all along the outer rim. At the front it has the Samsung branding along with earpiece and usual set of proximity and ambient light sensors. The left side houses separate volume rockers and SIM card slot. 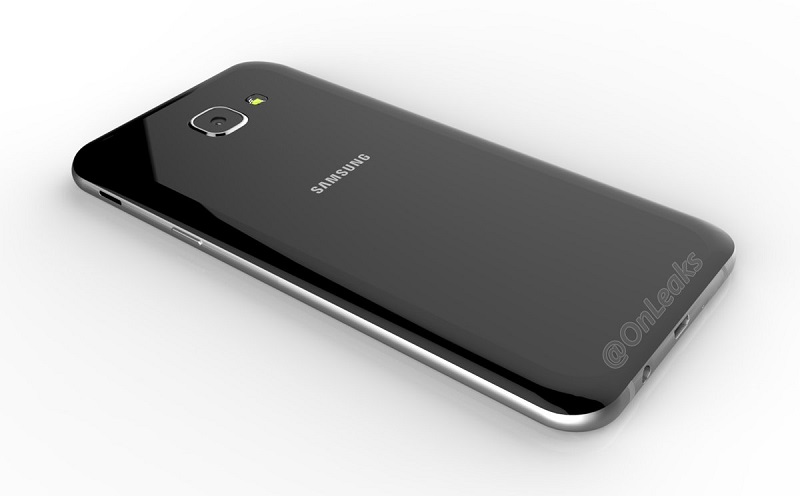 The physical home button is present below the display with two capacitive touch buttons on either sides. Two antenna cut outs are also seen at the bottom that has a USB port and 3.5mm audio headphone jack. There is glossy glass back finish on the phone along with Samsung branding at the center. As per previous report, the Galaxy A8 (2016) will have a 16MP rear camera with LED flash and  5MP front facing camera. 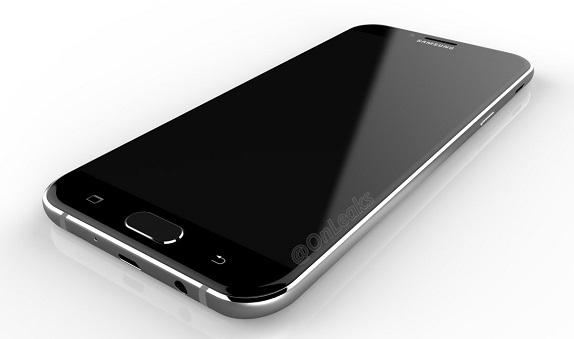 The power button is present on the right side. There is a groove on top the the power button which according to @Onleaks could be a speaker. Samsung Galaxy A8 (2016) is said to be powered by an Exynos 7420 processor with an octa-core 2.1GHz CPU and the Mali-T760 MP8 GPU. It is tipped to come with a 3GB RAM and 32GB of internal storage. It’s unclear when Samsung will make the A8 (2016) official.