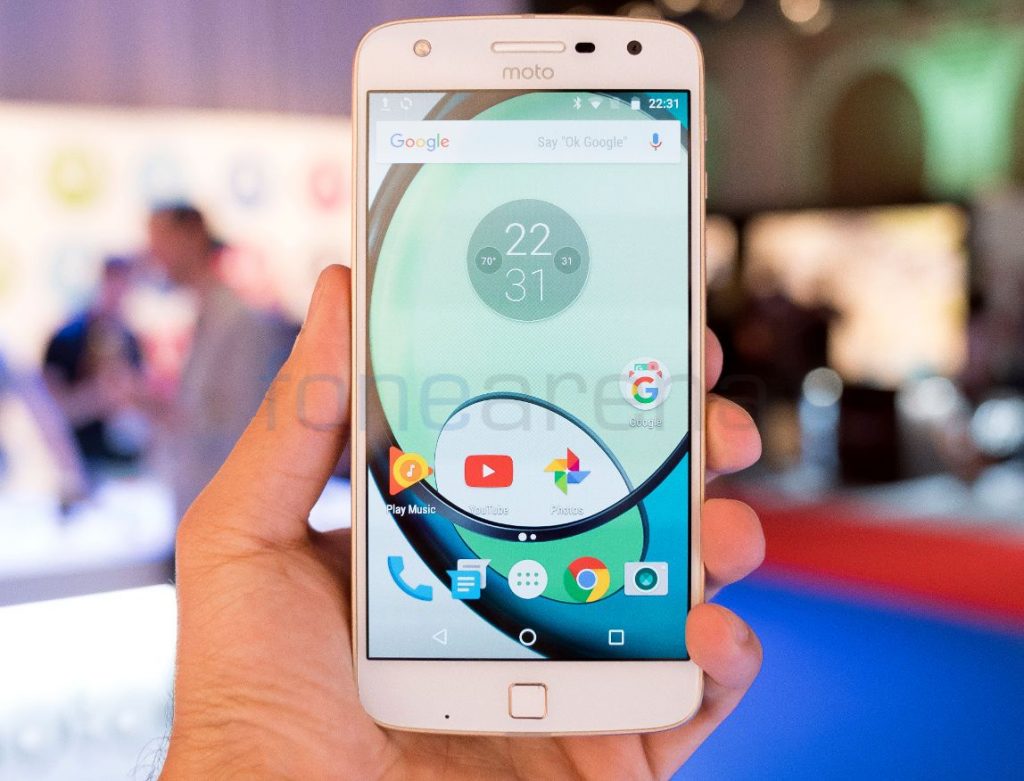 Moto Z Play, a new smartphone in the Moto Z lineup was announced earlier this week. We went hands-on with the phone at the IFA in Berlin, here is hands on video and a quick walk-through of specifications in the form on photo gallery. 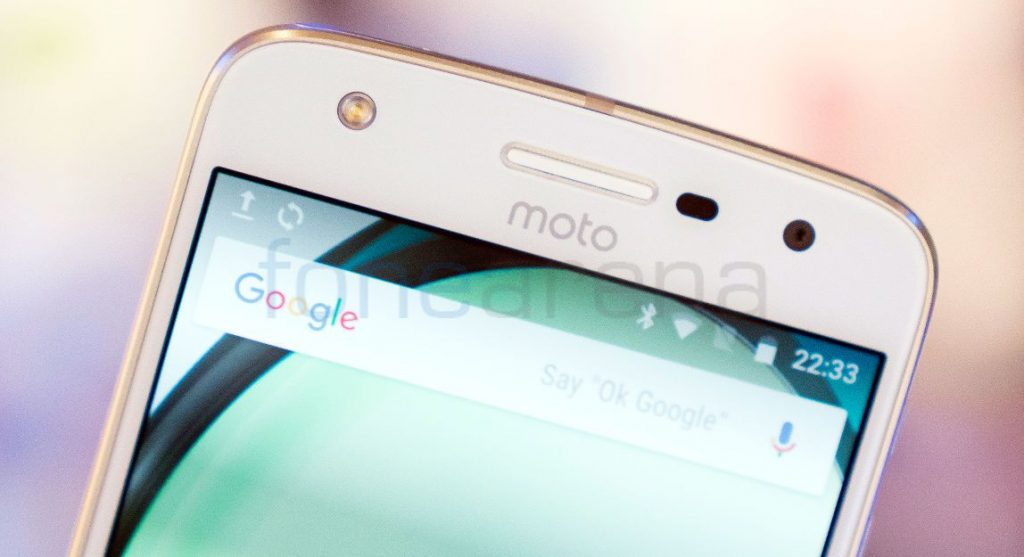 It has a 5-megapixel front-facing camera with wide-angle lens and also LED flash for capturing battery selfies in low lighting conditions. 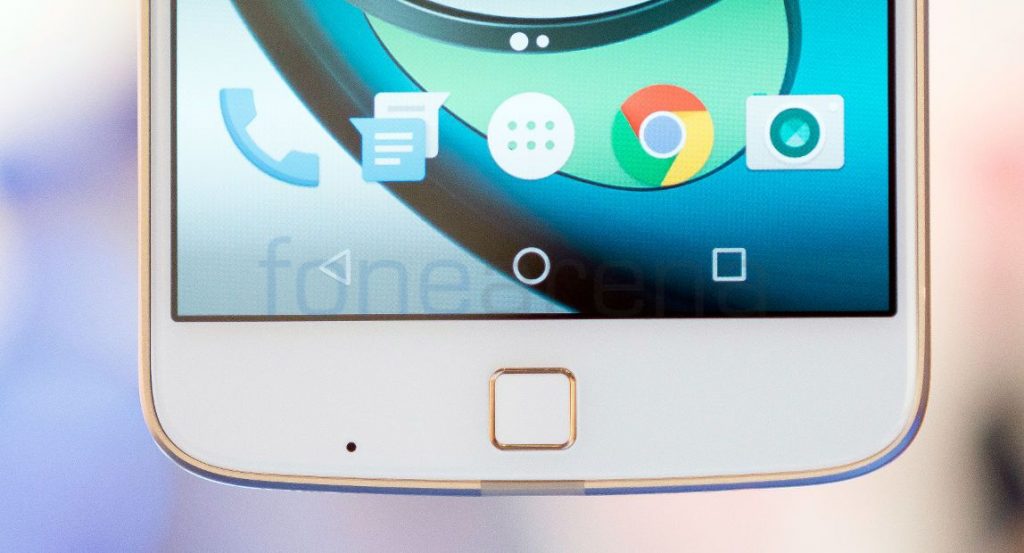 It has a fingerprint sensor below the display and there is also a microphone hole.

There is nothing on the left side.

It has a USB Type-C port on the bottom and also features a 3.5mm audio jack that the Moto Z and Moto Z Force lack. 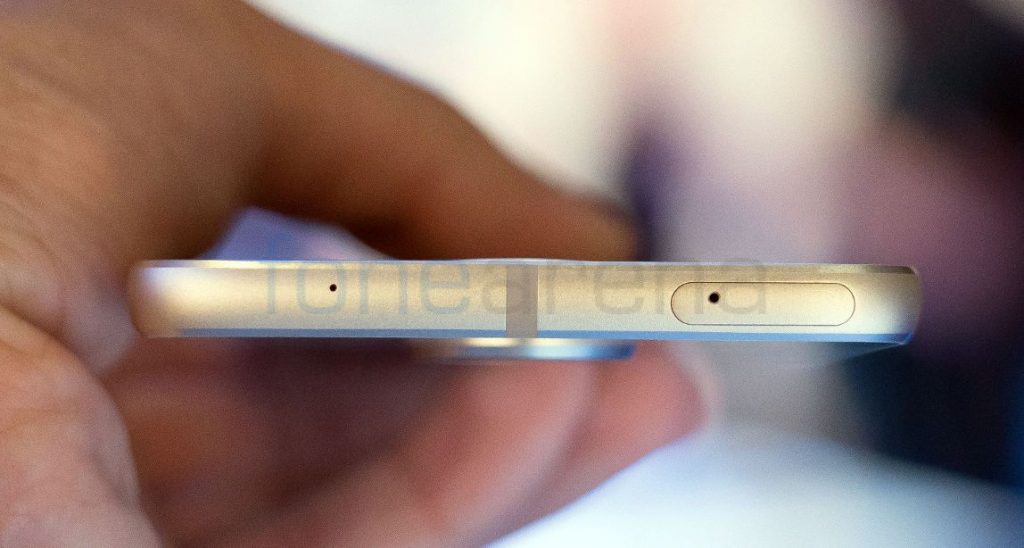 The secondary microphone is on the top along with a SIM and microSD card tray. It also comes in dual SIM variant depending on the region. 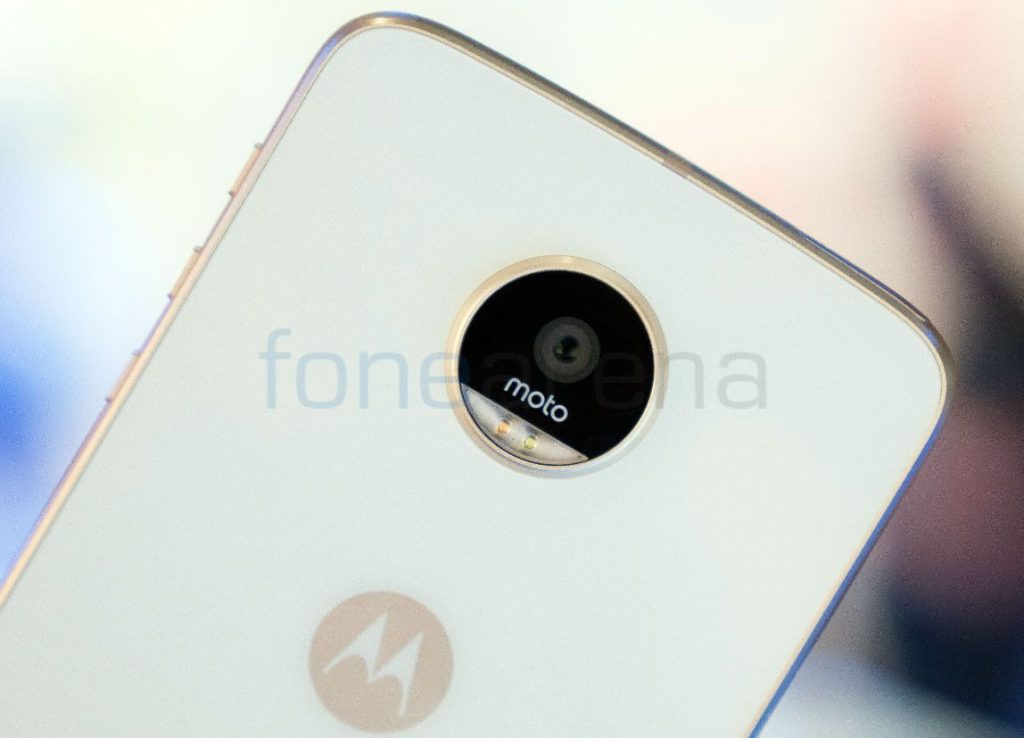 On the back there is a 16-megapixel camera with dual-tone LED flash, Laser Autofocus, PDAF, 1.3um pixel and f/2.0 aperture. 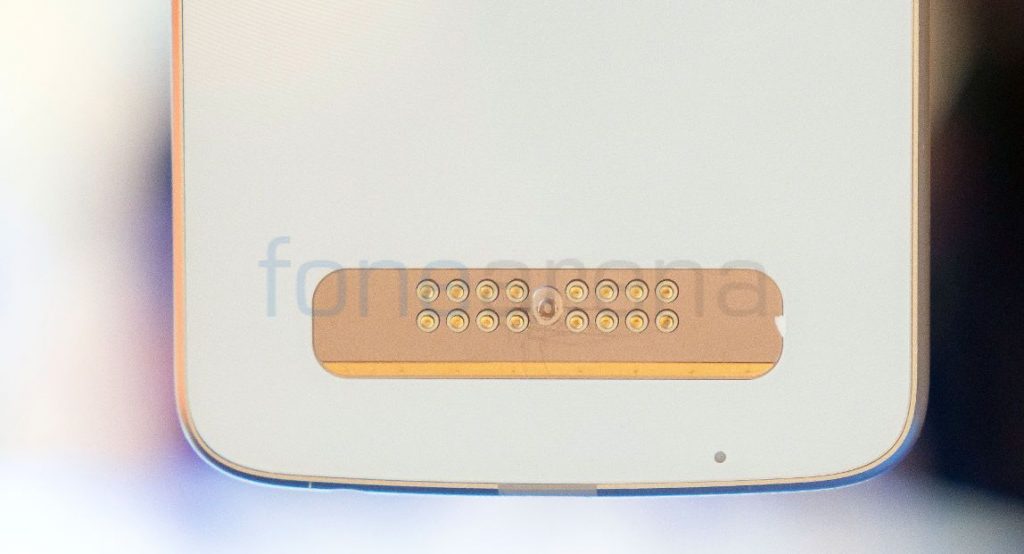 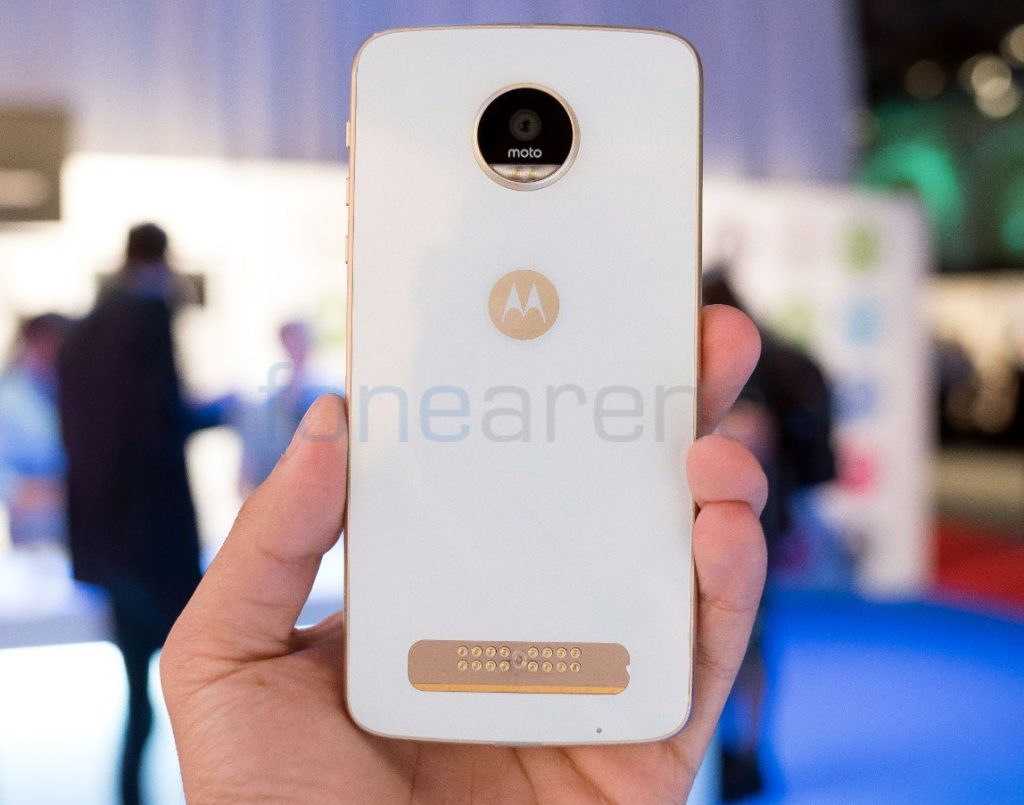 The Moto Z Play comes in Black,Silver,Black Slate, White, Fine Gold and Sugar White colors, is priced at US $449.99 (Rs. 30,123 approx.) and will roll out globally from this month.