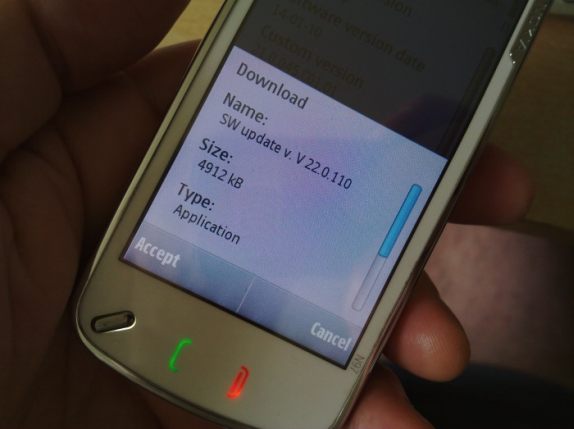 The Nokia N97 has received a firmware update to version 22.0.110 which is available via OTA ( Over the Air) and NSU( Nokia Software Update ). This update brings Ovi Maps 3.3 to the device.

Here is a changelog from AllAboutSymbian

At best case, if you do hard reset your N97, you’ll initially have 55MB free on disk C: and almost 60MB of free RAM, both an improvement on previous firmwares.

Here is a changelog from SymbianWorld

Let us know if you updated your N97 or if you have already got rid of the handset. If you are updating , make sure you take a backup of your data !