ZTE’s nubia brand introduced Z9 Max last year and Z11 mini earlier this year for the global market, after unveiling them in China. Today the company has sent out invites for launching a new smartphone at the IFA 2016 in Berlin on August 31st. The invite reads Dream Without Boundaries hinting at a bezel-less smartphone and other teaser says What’s NU at IFA 2016. 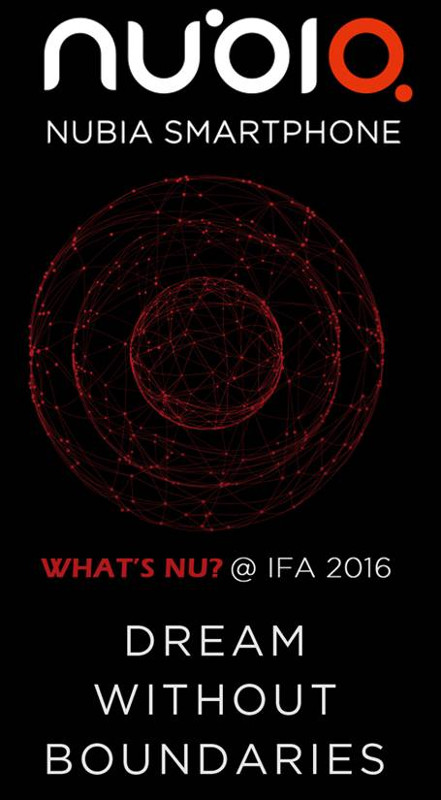 It is not clear if nubia will introduce the same Z11 smartphone or a new smartphone at the IFA. We will have to wait for couple of weeks to know more. nubia said that co-founder Felix Fu will be unveiling the smartphone and also share nubia’s brand vision.