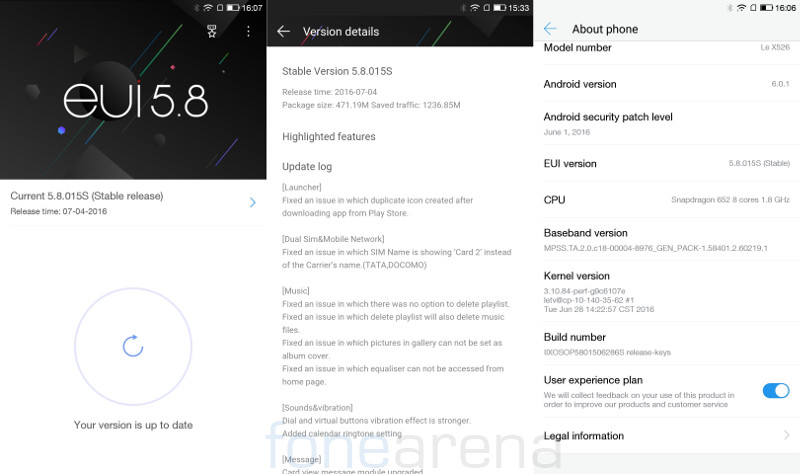 LeEco Le 2 smartphone has received a new EUI update to version 5.8, up from 5.6 that fixes several bugs and also adds some new features such as fingerprint app lock, very large font size and more. Check out the complete changelog below.