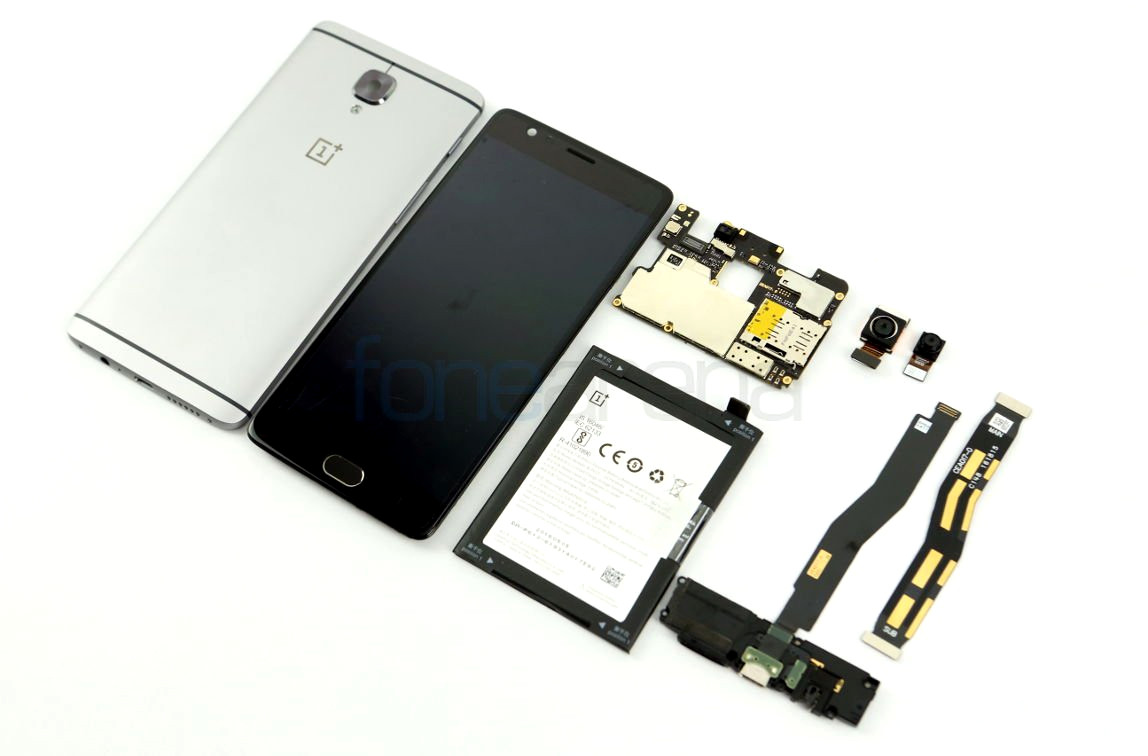 The OnePlus 3 is the latest flagship from OnePlus and it packs quite a lot of high-end features and specifications under its all new metal unibody design. However, there are a lot of components that go into making the device what it I that might not be revealed on a regular specs sheet. We did a teardown of the device to see what it packs on the inside. Let’s take a peek.

The specifications of the OnePlus 3 are: 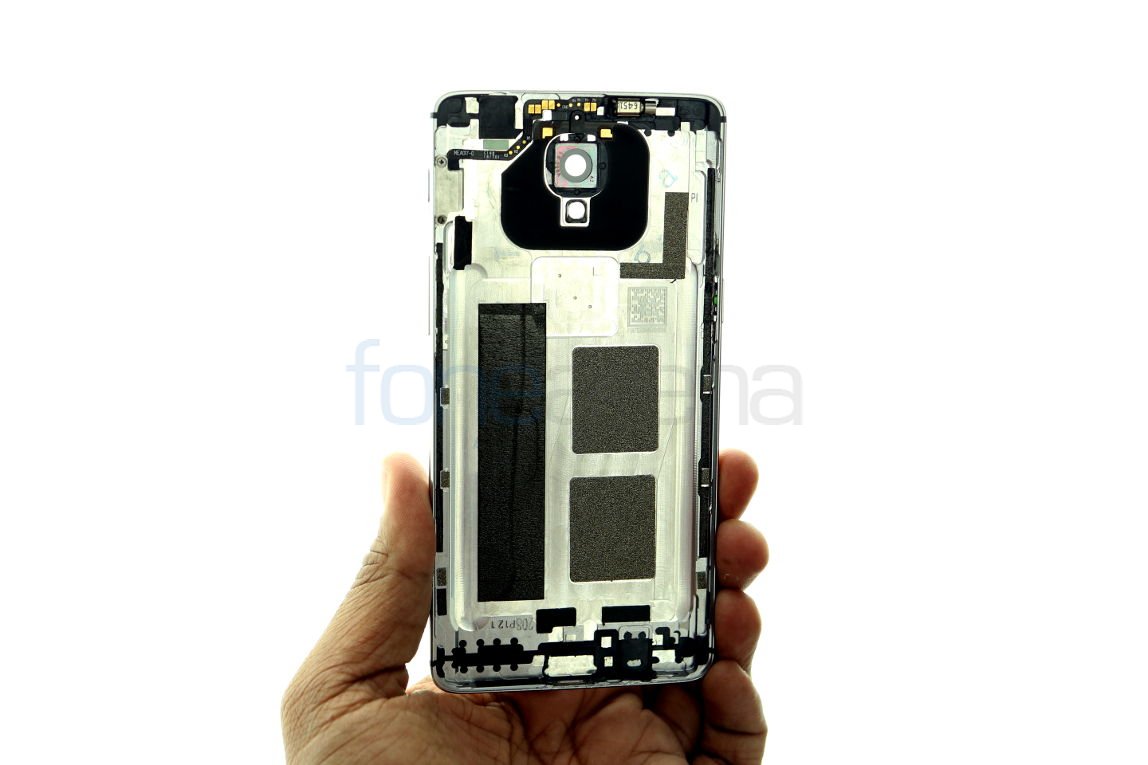 We started off from the bottom where there are two main screws that need to be removed in order to removed the back cover. Once the screws are taken out, we can pry open the back cover using tools. The back cover has been machined out of a single block of solid aluminium just as advertised. There are no separate bottom or top parts like on some other smartphones. 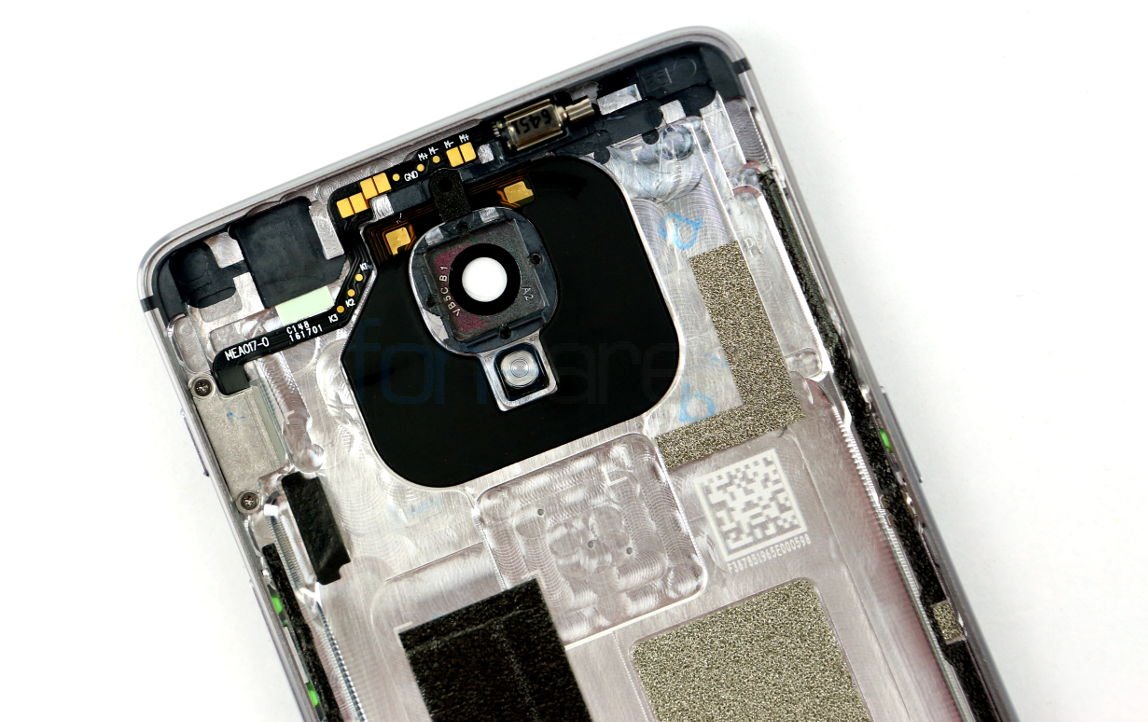 The back cover houses the vibration motor as well as the connectors that facilitate for the antenna reception. The bottom part of the back cover has the laser drilled holes for the speaker, microphone and USb Type-C port. 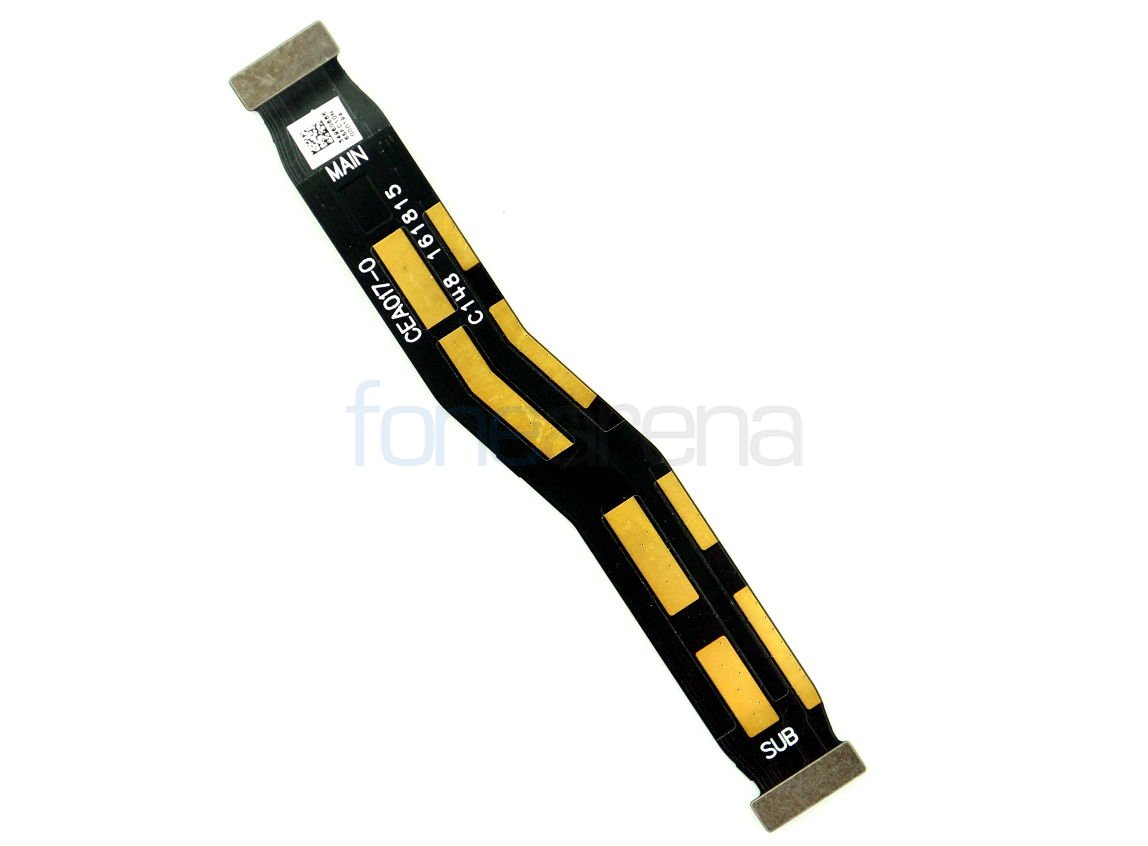 The next step is to remove the metal shielding that holds the ribbon cables in place. The ribbon cables connect the USB Type-C port, microphone and speaker units to the motherboard. 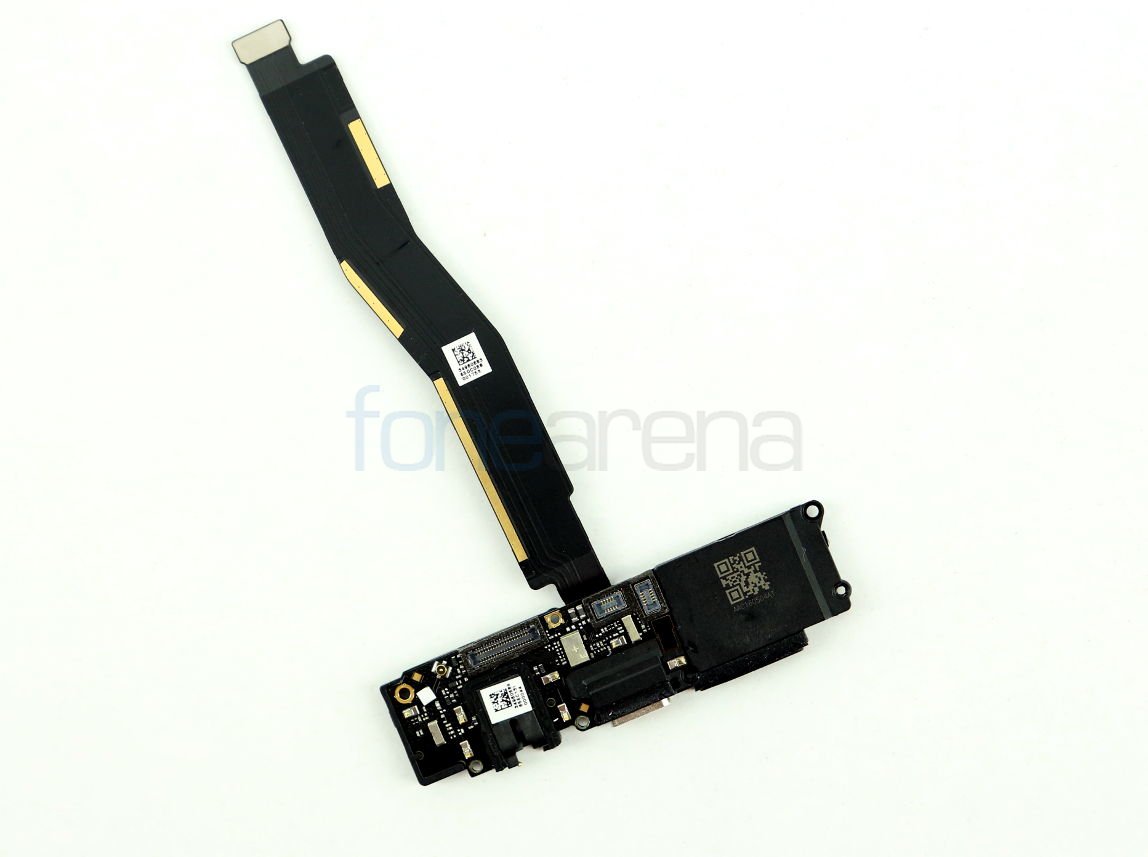 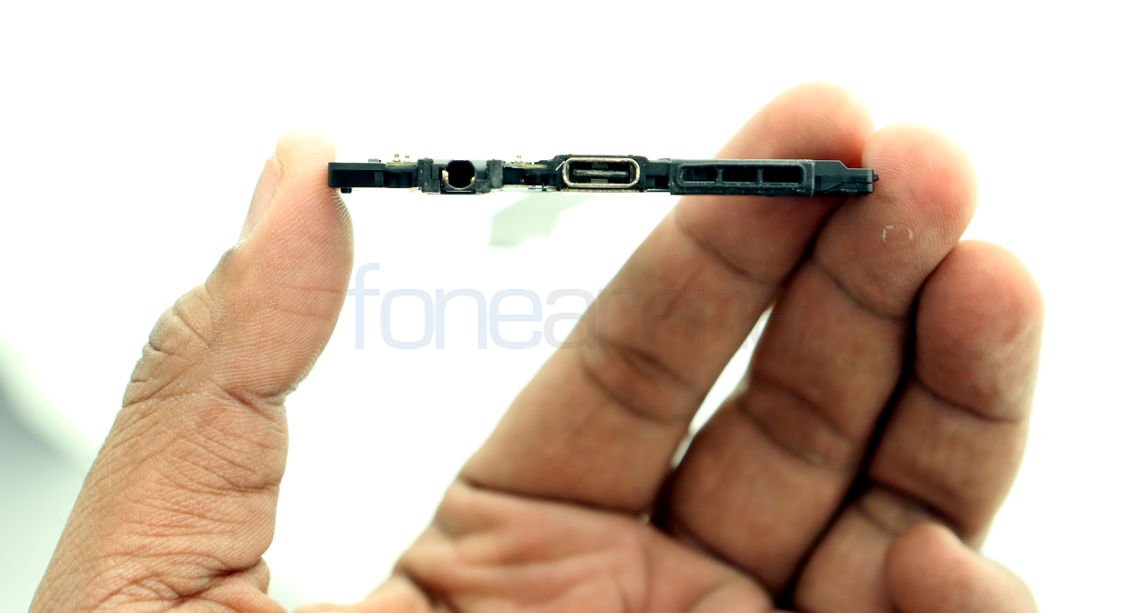 Below the assembly there is a ceramic fingerprint sensor and corresponding ribbon connectors. The USB assembly itself consists of the USB Type-C port with Dash Charge technology, the 3.5mm audio jack and speaker. The speaker unit has ample room to facilitate a loud audio output.

Next, we disconnect the 3000mAh battery which can be done by pulling the sticker that is placed over it. The motherboard is held in place by 7 screws as well and a ribbon cable which connects to the display. After removing them, the motherboard comes loose. 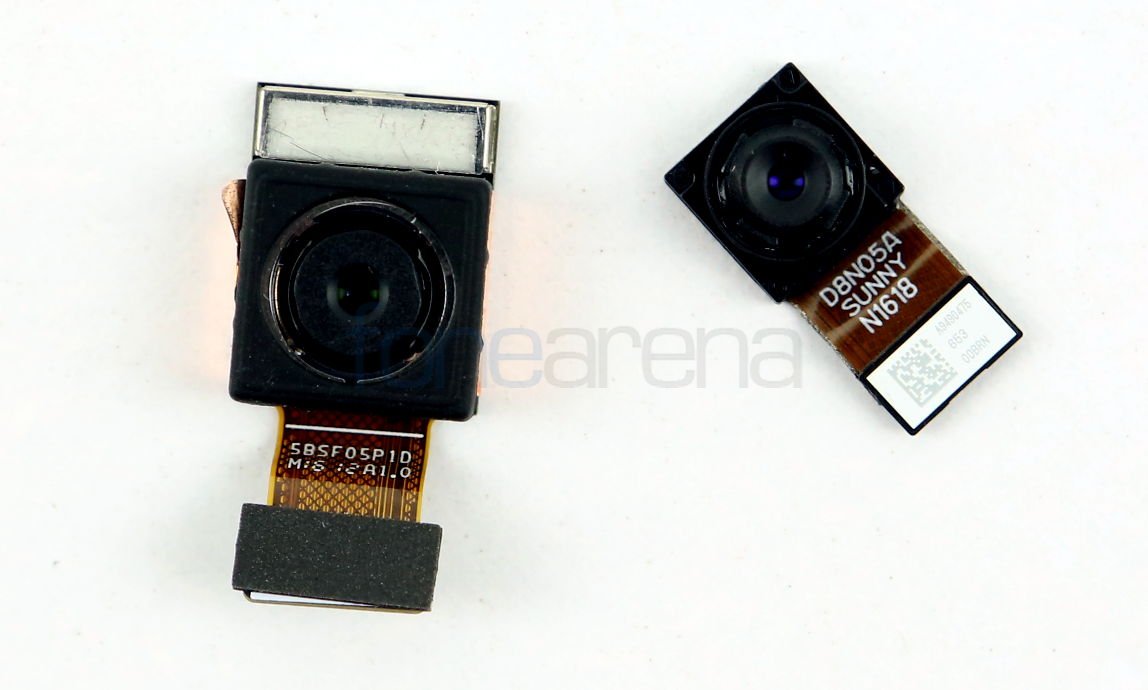 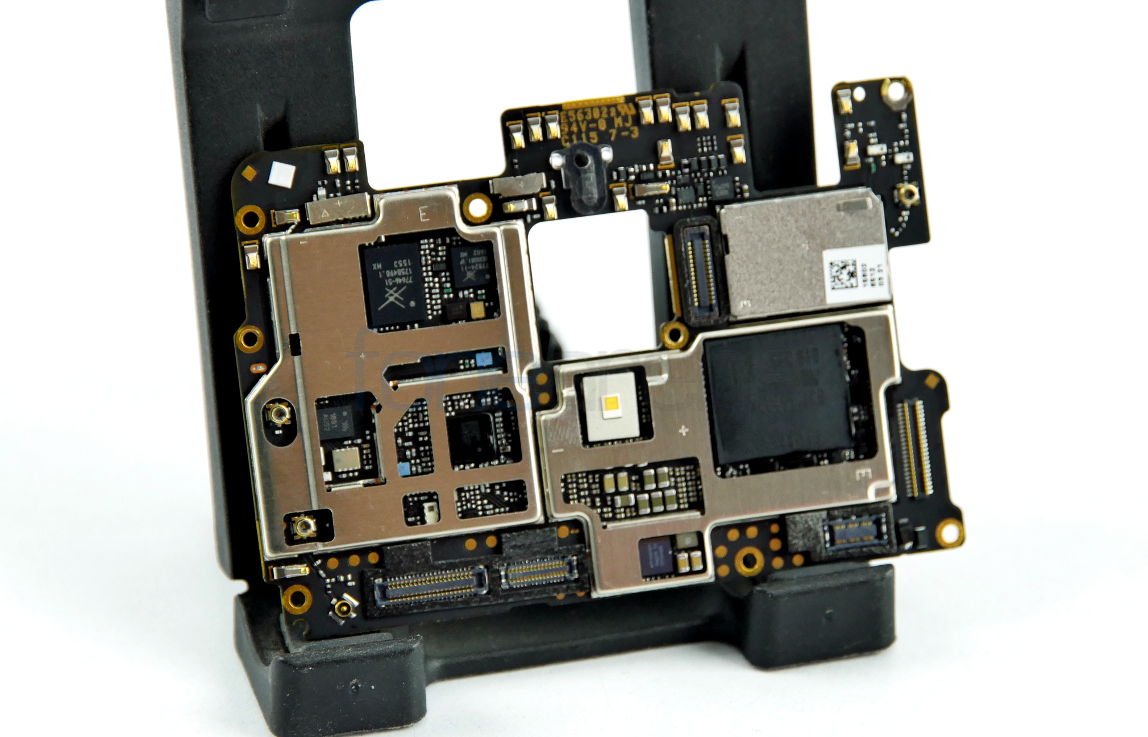 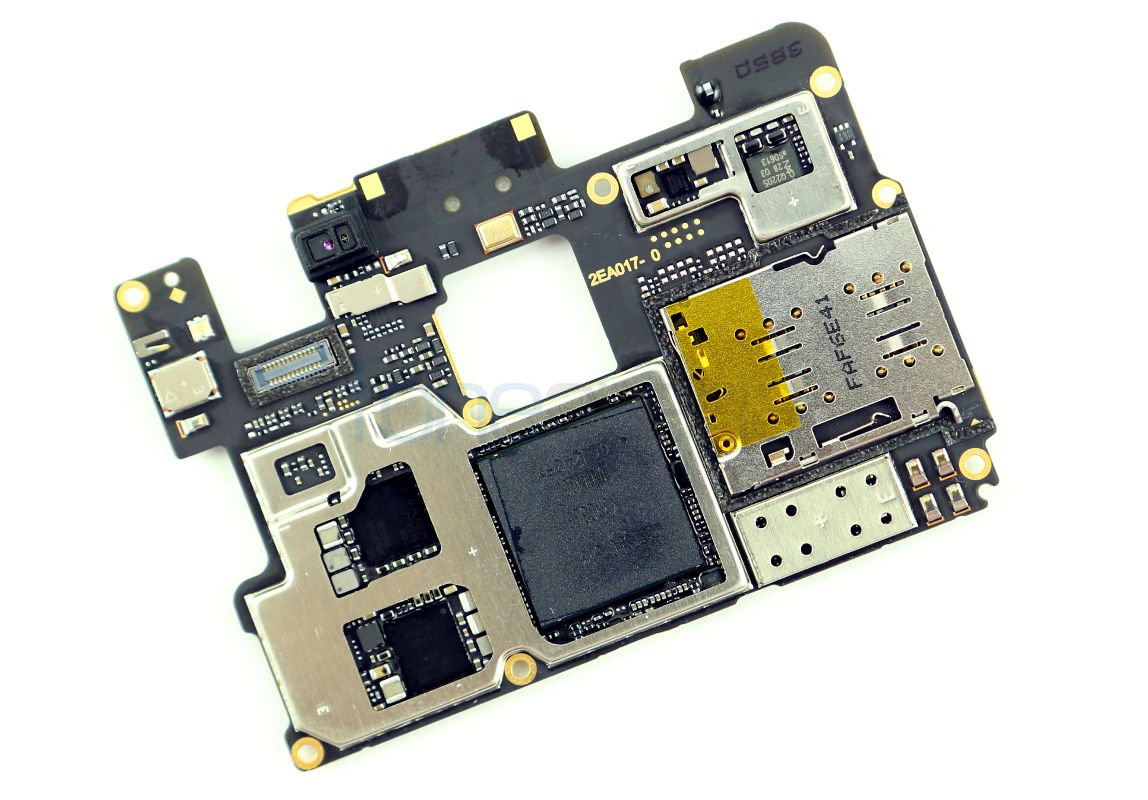 On the front of the logic board there is a proximity sensor and ambient light sensor. There is also NXP audio amplifier, 6GB Samsung LPDDR4 RAM, Qualcomm PM8996 power management IC, Qualcomm RF360 envelope tracker and dual nano SIM slots. 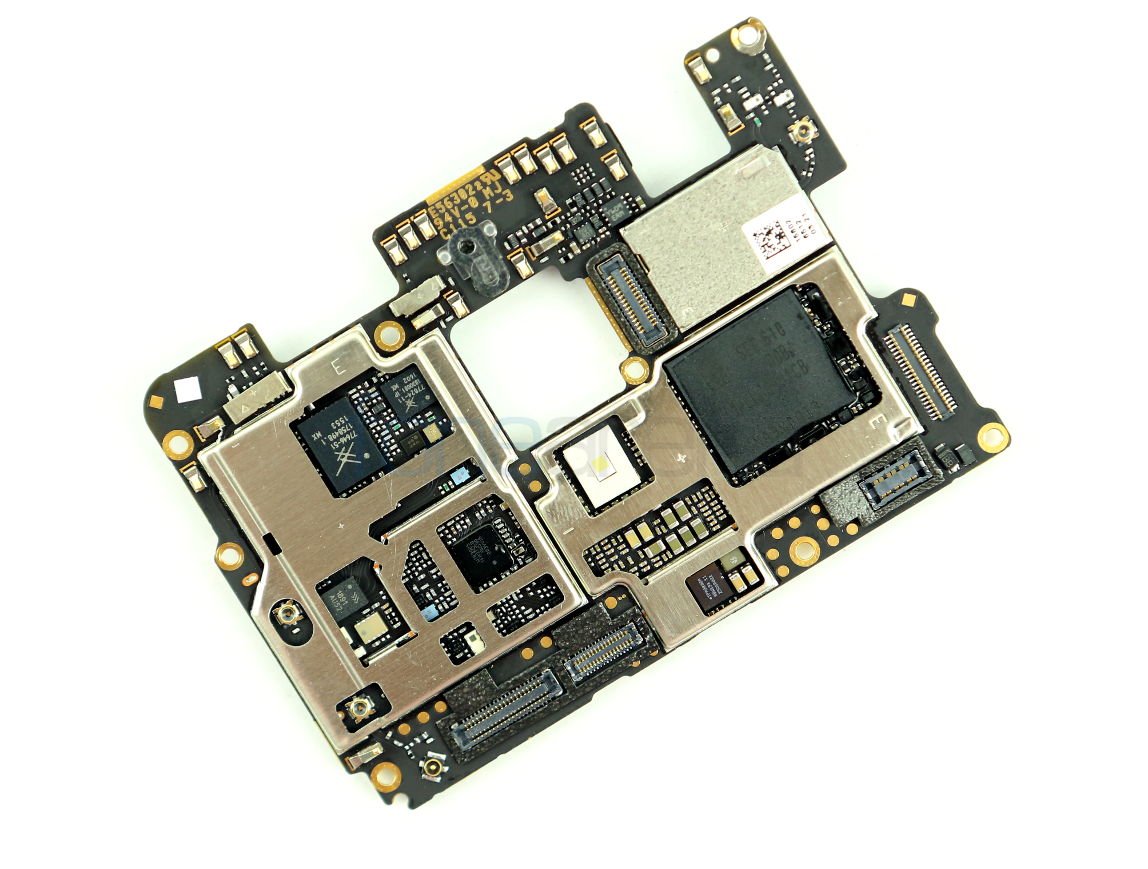 The back side of the logic board houses the single LED flash, Qualcomm transceiver WTR3925, 64GB Samsung UFS 2.0 storage and Skyworks 77824-11 Power Amplifier. The display houses the fingerprint sensor and internal speaker. 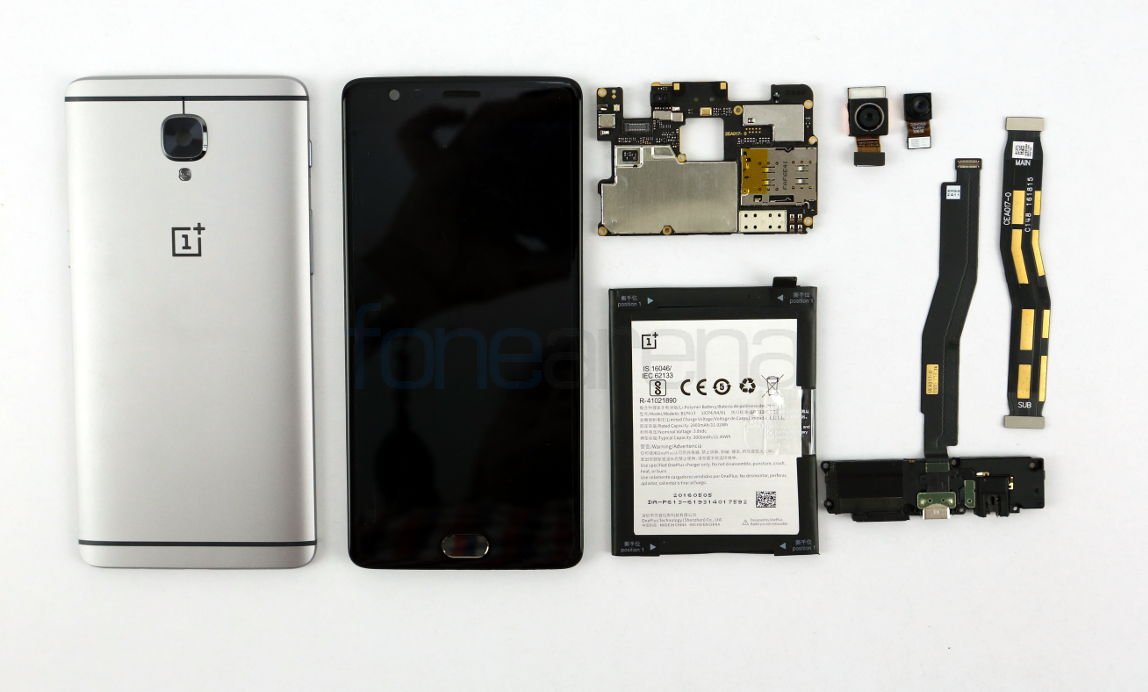 We give the OnePlus 3 a repairability score of 7.5/10. Although it is a bit difficult to remove the back cover as many would’ve guessed, it is fairly easy to replace the internals after that. Please note that teardowns will most definitely void your warranty so if you are planning to do the same on your device, keep that in mind.