Reliance Jio Infocomm, a subsidiary of Reliance Industries Limited (RIL) had launched 4G services for its employees in December last year. It has now launched the Jio.com website, which is now live for everyone. Previously it was restricted only to its employees internally.

The website also has an option to register interest in its products and services, by submitting you details. Jio says that their team will the person with necessary details.  According to a report from Telecomtalk, Jio will rope around 25 lakh beta testers under preview offer who will get unlimited data , calls and SMS for 3 months, along with Reliance Jio’s exclusive content and apps, ahead of commercial roll out later this year. 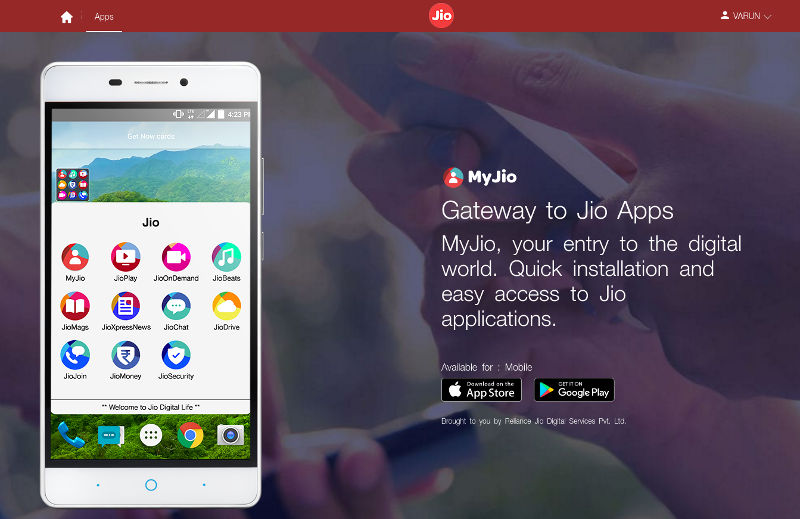 The Jio website also lets you login to your Jio account and manage your number, billing and other details. Previously this was only available through the ‘My Jio’ Android app. The company has also released the app for iPhone. The website has details about other Jio apps – JioChat, JioPlay, JioOnDemand, JioBeats, JioMags, JioXpressNews, JioDrive, JioJoin, JioMoney, and JioSecurity. It doesn’t reveal any details about the plans.

Last month Jio extended its services to the public through an employee-driven invite system. Recently we reported that Lyf phones with free unlimited data and calls are available even through non-Reliance stores in some cities in India.