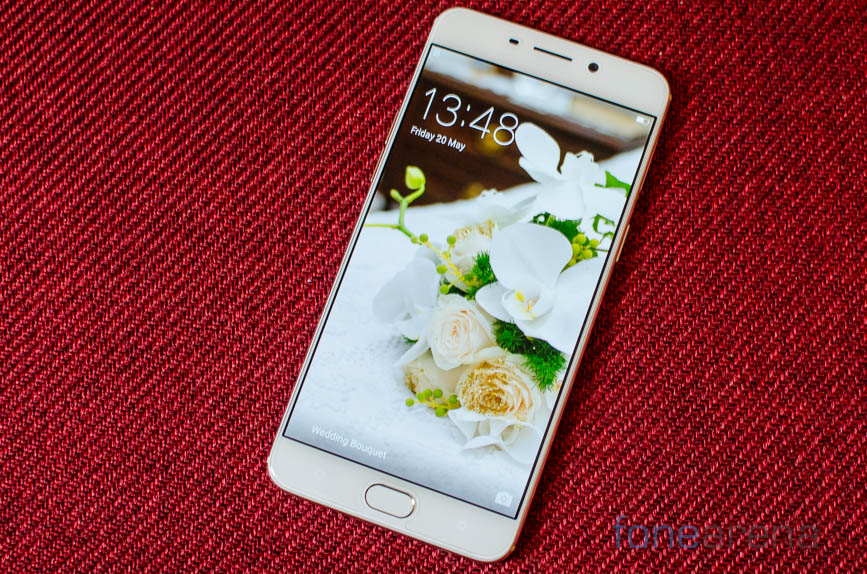 Chinese brand OPPO has always produced hardware that punches above its weight. When we reviewed the OPPO  F1 sometime back, we observed that it was an above average device which had a good balance of performance and hardware quality with design sensibilities thrown in for good measure. Enter the OPPO F1 Plus. Bigger, better and with a bit of a focus on its camera capabilities. We’ve put the device through our review cycle and here’s what we think about it.

On one hand, the OPPO F1 Plus can be called a pretty good-looking phone. Everything from design to ergonomics to what is commonly termed as ‘hand feel’ has been well thought out. That said, it is hard to discount the fact that it is heavily inspired by the current iPhone design. But it is what it is, so let’s see what else stands out here. 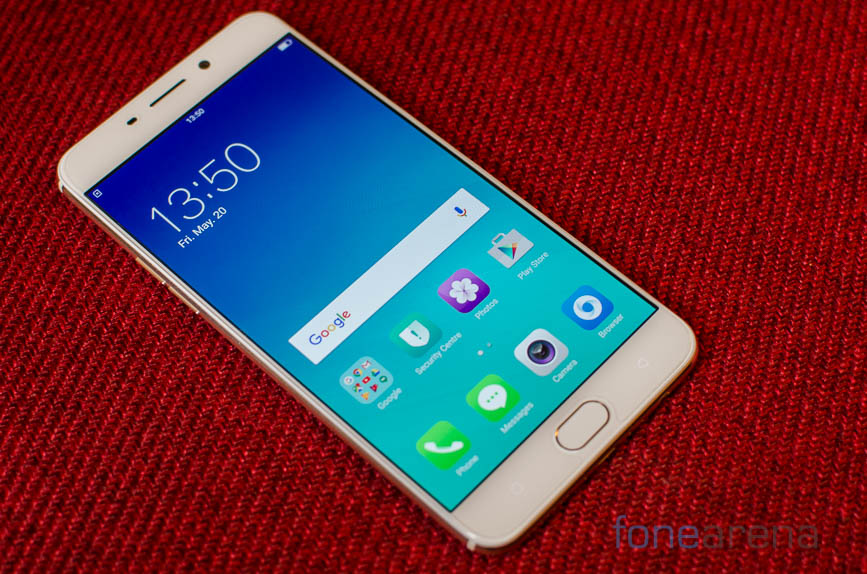 The front of the phone packs a 5.5 inch Full HD AMOLED display and has Gorilla Glass 4 protection. Below it is the home button which also houses a fingerprint scanner. The button doesn’t have much travel but still manages to feel really premium.  A sentiment that is echoed throughout the design of the hardware of the OPPO F1 Plus.The fingerprint scanner is extremely fast at detection and drops you right into the homescreen. On either side of the home button are capacitive keys. Up at the top is the 8MP front facing camera module. You’ll also find a notification LED up there.

The volume rockers are placed on the left side of the device and offer above average tactile feedback. Certainly nothing to complain about. Over on the right side of the handset is the power key. The hybrid SIM slot is also found here above the power button. Both the headphone jack and microUSB charging port are at the bottom of the OPPO F1 Plus. The phone has a single speaker that is placed at the bottom and it is extremely easy to cover it up and has a tendency to muffle all audio. 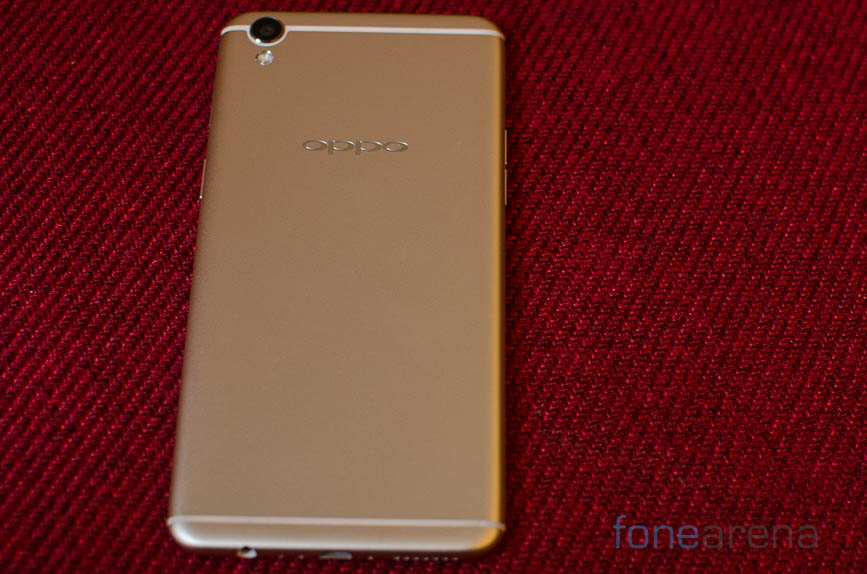 Over on the flip side of the device you really start noticing the design similarities between the OPPO F1 Plus and the newer iPhones. From the curved edges and even with the antenna lines, the similarities are pretty easy to see. Up at the top is the 13MP rear camera and single LED flash. All in all, the OPPO F1 Plus is a pretty good-looking albeit inspired device. There’s really little to fault here on the design front. The device weighs just 145 grams and is also really slim at just 6.6mm. This makes it incredibly easy to slip into pockets or skinny jeans too if you prefer rocking those.

If you were looking to be surprised by the software on the OPPO F1 Plus, you’ll be fairly disappointed. The interface is pretty much the same as any other smartphone these days, Chinese or not. It adopts the same two level hierarchy that we’ve come to get used to and drops the secondary app drawer seen in Android devices.

The lockscreen is fairly typical wherein you get access to a clock and a rolling display of wallpapers. A camera shortcut is placed at the bottom. Your notifications will of course show up here. Swiping up from the display drops you into the app drawer. You can place widgets here and make app folders but little else. Scroll around pages and you can find whatever app you’ve installed. We’re not very fond of the single app page UI paradigm that has become all too common but  it works well as far software optimization goes. The icons too look like they’ve been lifted straight from iOS but that’s expected given the design of the phone. 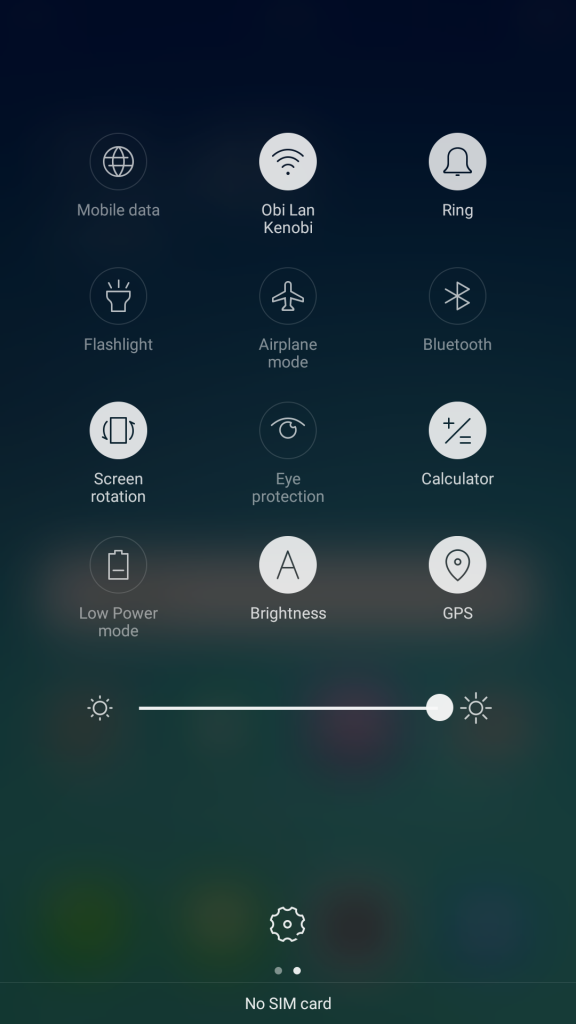 The notifications shade works as usual with a swipe bringing you to toggle switches. There are some useful additions to the software like the eye protection mode as well as some not-so-useful ones like O-Cloud. Beyond that there’s the regular Google app suite and some.

The OPPO F1 Plus is powered by an Octa-core (4 x 2.0 GHz + 4 x 1.0 GHz) MediaTek Helio P10 (MT6755) processor with 700MHz Mali T860MP2 GPU. There’s 4GB of RAM that makes sure that multitasking is no hassle at all. In fact throughout usage with video playback and gaming as well thrown in, the phone remained smooth all around. It is worth noting that the phone had a tendency to heat up around the camera module. Even then, the temperature doesn’t go high enough to be a major hassle. For the most part, performance is satisfactory. You might occasionally come across a skipped frame while playing graphic intensive games. We weigh real life usage higher than synthetic benchmarks but the latter can often help us get a comparative score between handsets so we put the OPPO F1 Plus as well through the benchmark cycle. Here’s what we found out. 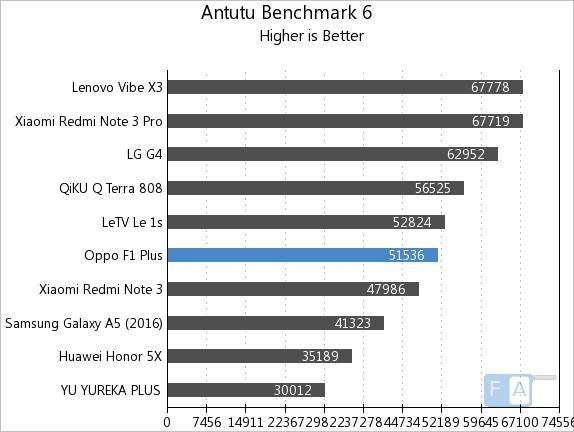 On the AnTuTu benchmark, the OPPO F1 Plus scored 51536 points placing it around the middle of the test bench. The Helio P10 on the handset isn’t really able to keep up with the best of the lot. 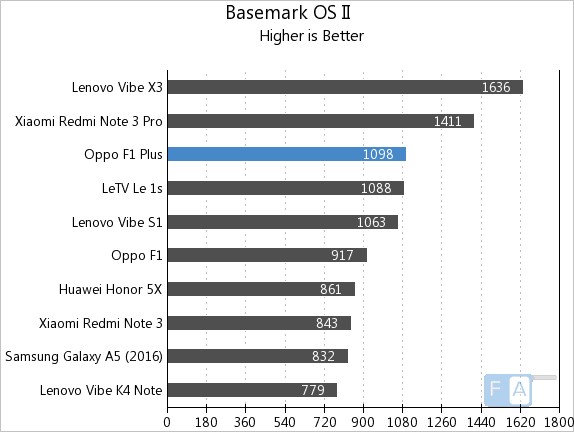 With a score of 1098, the OPPO F1 Plus places amongst the top three in our Basemark OS II benchmark. 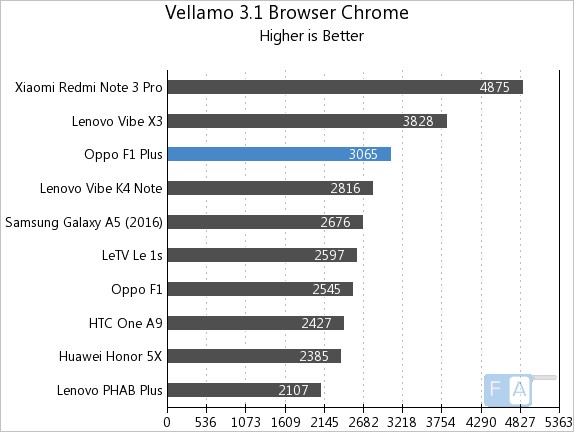 In the Vellamo 3.1 Browser benchmark, the OPPO F1 Plus once again places third in the test bench with a score of 3065 points.

Being the part of the phone is used the most, the display is a critical aspect that is often overlooked during the buying decision. The OPPO F1 Plus uses a 5.5 inch AMOLED Full HD Display that is plenty great to look at. Being AMOLED in nature, it exhibits deep blacks and vibrant colors. 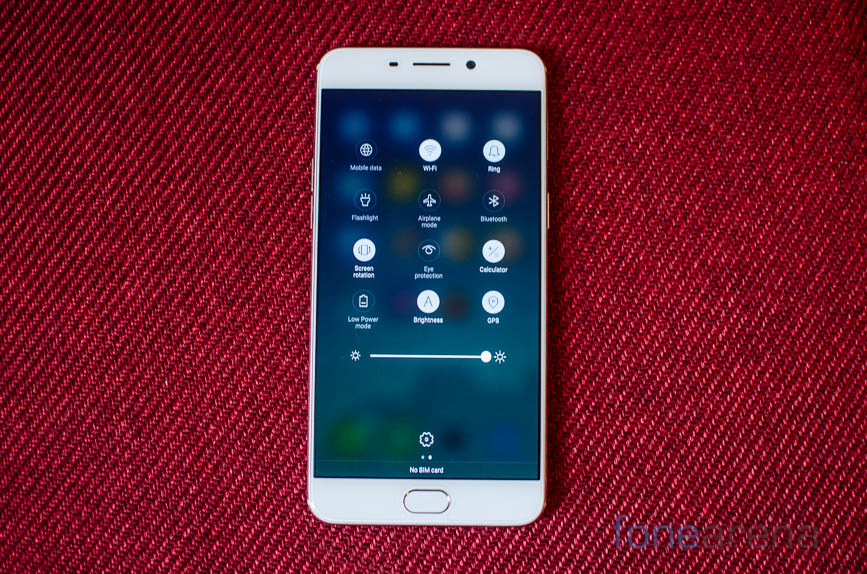 OPPO has done a decent job at calibrating the screen so that the colors are natural to look at even if they do appear pretty vibrant, an intrinsic trait of the AMOLED tech used. The brightness levels go sufficiently high and sunlight visibility was never really a problem. Viewing angles are great and you’ll be able to use the handset from virtually any angle with next to no color degradation. The phone ships with a screen guard pre-installed in addition to having Gorilla Glass 4 protection.

The focus of the device lies on its camera capabilities, more specifically the selfie camera. The OPPO F1 Plus is rather unique in its hardware wherein the front facing camera has a higher resolution sensor than the rear camera. The front camera has a 16MP module that unfortunately lacks auto focus capabilities. Images are captured well under sufficient natural light and are generally very good but start degrading in yellow light with night-time images being very noisy. The image below has been captured with the front facing camera in lieu for yours truly’s ugly mug!

A high-resolution front facing camera is no replacement for a rear camera of course. And it is unfortunate to see that the rear facing module captures significantly worse images than the front facing module. The camera has a tendency to blow out highlights as is evidenced by the shots below. You’ll also notice significant grain in the low light shots.

The camera faced issues with getting a focus lock in low light conditions which makes us believe that the camera really needs optimizations for such situations. Noise is visible across shooting spectrum but shoots up drastically in low light situations. Overall, while the front facing camera on the OPPO F1 Plus seems above average, even good in well-lit conditions, the rear camera seems to have been compromised.

Connectivity options on the handset include 4G LTE with VoLTE, WiFi 802.11 a/b/g/n (dual-band), Bluetooth 4.0 and GPS. The phone is a Dual SIM device with VoLTE capabilities as well which makes it pretty future proof as well. Do keep in mind that the 2nd SIM slot is a hybrid slot that doubles up as a micro SD card slot as well. There’s 64GB of storage onboard of which roughly 51 is available at first boot. You can expand this via the microSD slot. The phone also supports expansion via an OTG Drive. In terms of battery life, there’s a 2850 mAh unit built into the phone. The phone exhibited above average battery life and delivered about hours of screen on time with careful usage. A full day of mixed usage is feasible though you’ll most certainly have to charge it by the end of the day. There’s fast charging in the form of OPPO’s proprietary VOOC technology that requires you to use not just the charger but also the exact cable bundled with it.

The OPPO F1 Plus marks a well-rounded device that caters to a very specific audience. The handset offers a decent mix of performance and design as well. The Helio P10 chipset isn’t as powerful as what you’d find on the competition but still delivers a serviceable experience. 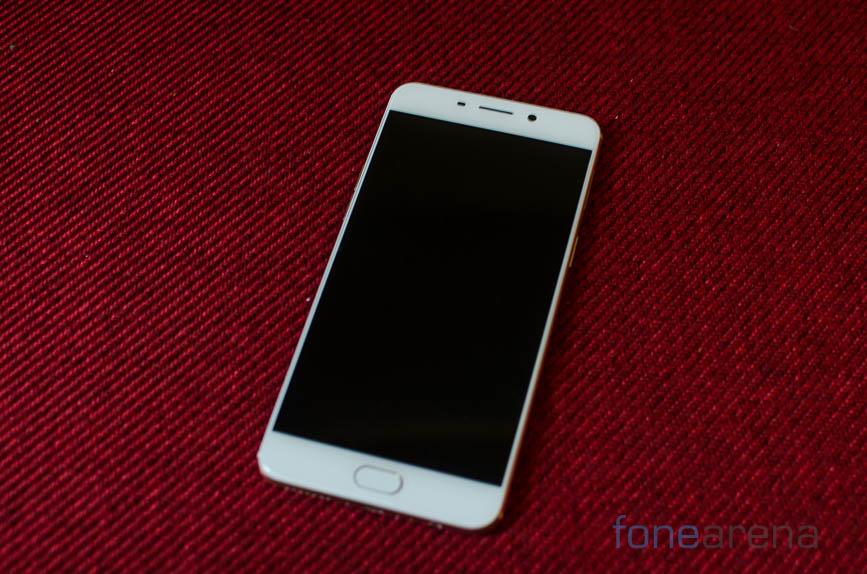 The USP of the device is its front facing camera. The 16MP front facing shooter certainly is memorable enough producing above average shots in well-lit conditions. Low light shots were a different story though. The rear facing module on the other hand is a bit of a disappointment. The phone is priced at Rs. 26,990 and is available in both Gold and Rose Gold colors. So should you buy the OPPO F1 Selfie? It is probably worth your consideration if selfies are a bit part of your daily usage. If not, there are better devices available at similar or even lower price ranges.